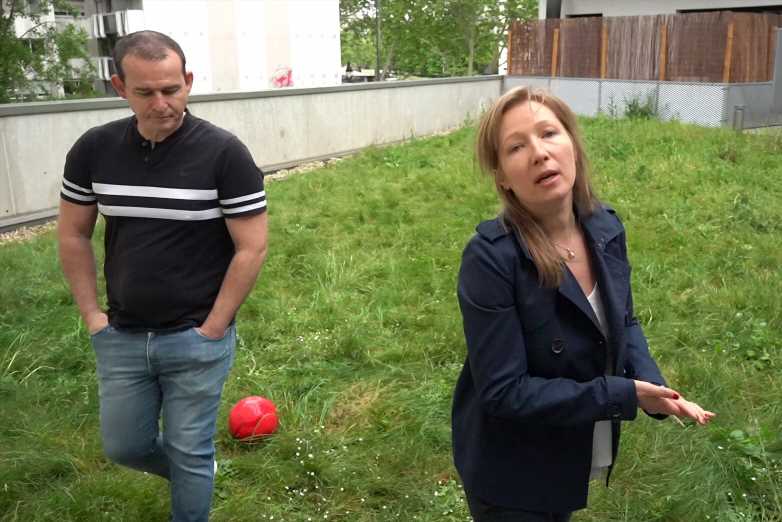 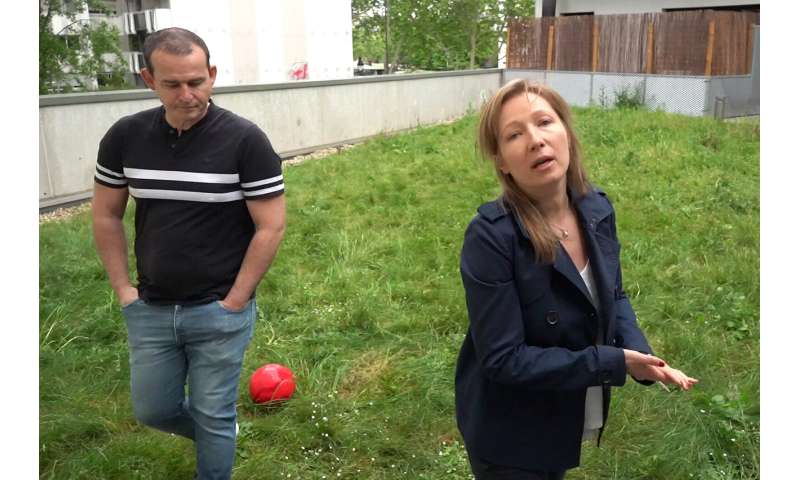 As France prepares to start letting public life resume after eight weeks under a coronavirus lockdown, many parents are deeply torn over a question without a clear or correct answer: Should I send my child back to school?

The French government is easing some of the closure and home-confinement orders it imposed March 17 to curb infections, with businesses permitted to reopen, residents cleared to return to workplaces and schools welcoming some students again starting Monday.

Only preschools and elementary schools are set to start up at first, and classes will be capped at 10 students at preschools and 15 elsewhere. Administrators were told to prioritize instruction for children ages 5, 6 and 10.

Due to the slow startup, as well as ongoing fears about COVID-19 in hard-hit France, school attendance will not be compulsory right away. Parents and guardians may keep children at home and teachers will provide lessons like they have during the nationwide lockdown.

Students with parents who want or need to send them to school are not guaranteed places in the smaller classes and only will be allowed to attend if their school can accommodate them.

Education Minister Jean-Michel Blanquer estimated that 80% to 85% of France’s 50,500 preschools and elementary schools will open this week. Junior high schools in regions with fewer virus cases are expected to reopen on May 18. A target date hasn’t been scheduled yet for for high schools.

Given the ambiguous education guidance and uncertainties over spreading coronavirus, French parents are conflicted as they puzzle over making the most responsible decision. 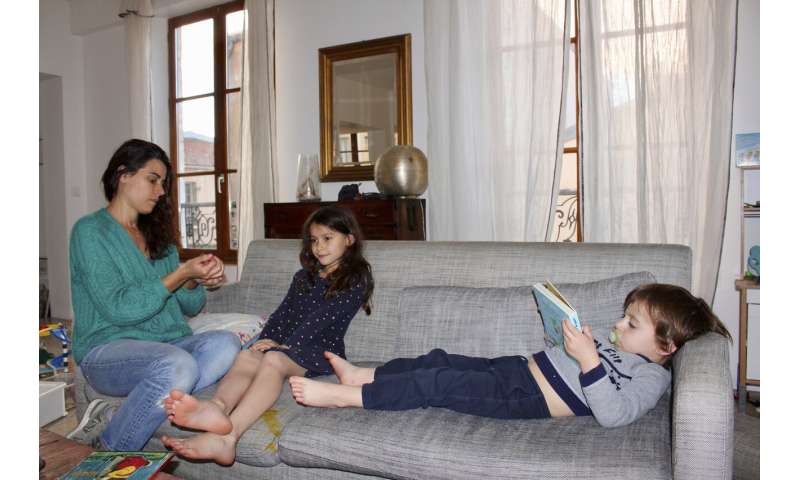 Cecile Bardin, whose two sons are 6 and 2, said she thinks it is “too soon” to put them back in their nursery and primary schools in Paris.

“I am not reassured at the moment, because it will be very difficult to keep safe distance at school, especially for the little ones, who will want to play together,” Bardin said.

Mathilde Manaud and her partner are raising their 3-year-old and 7-year-old in Le Pre Saint-Gervais, in the French capital’s eastern suburbs. They agreed to send the children kids back to school if there are spaces.

“Truth is, we don’t know whether we are right to do so or no, we don’t know if it’s a mistake. We ask ourselves this question every day, and we change our mind every day,” Manaud said. “We are trying to convince ourselves that if they are reopening, they assume they can handle the situation.”

Returning students will find their classrooms running differently. Teachers will wear masks and remind children to social distance from each other and to wash their hands several times a day.

School director Mathieu Morel warned the president that “children remain children. There are spontaneous moves which are hard to prevent.” 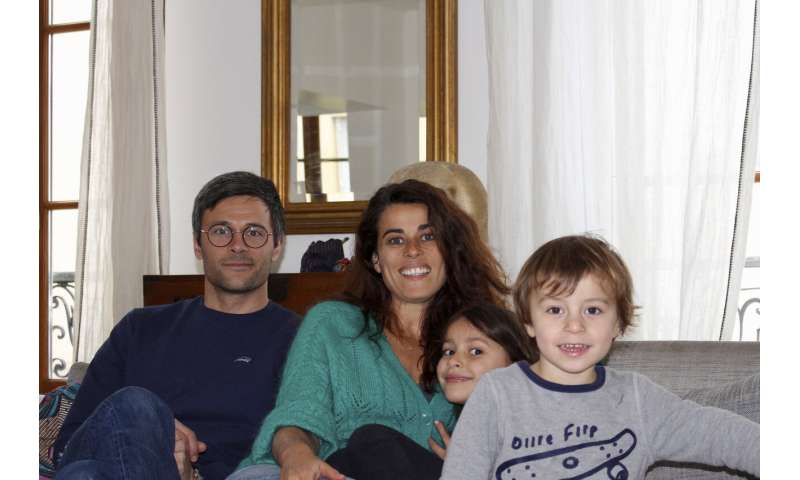 The school expects about 50 children out of an enrolled 181 to come back this week.

Some mayors in France have refused to reopen local schools just yet. Michele Berthy, mayor of the town of Montmorency north of Paris, sent parents a letter saying the government’s health guidelines were “unenforceable.”

“Although I’m for the relaunch of our economy, I am certain that public health must remain our priority,” Berthy wrote.

Mayors in other areas set local restrictions on enrollment, such as limiting school access to children of essential workers such as police officers and health care providers, and to families whose living conditions are precarious.

That’s the situation in Paris, where Ingrid Rousseau hoped to send the youngest of her two children, who is 6, back to school. She doesn’t know if her son will be allowed to go, even though both she and partner are working.

Rousseau noted the fatigue of parents who have been overwhelmed with homeschooling, work and domestic duties for almost two months.

“I don’t feel quite up to the job of teaching,” she said. “We are swamped. We don’t have enough time. And we cannot do a big part of the activities they do in class.” 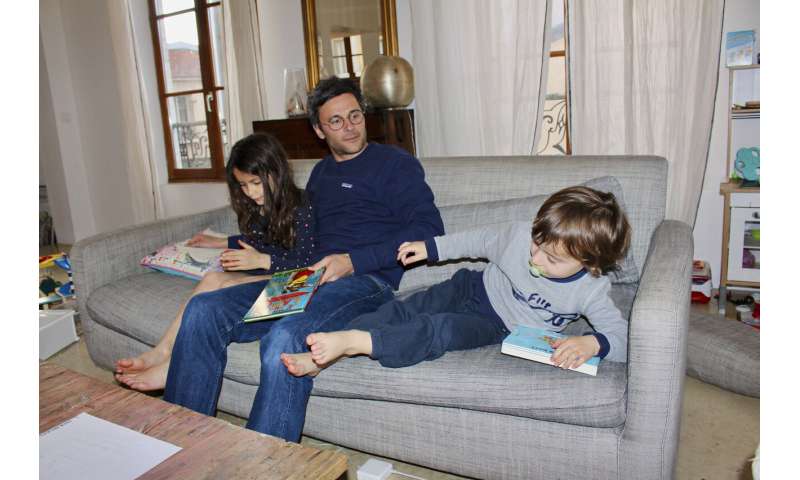 Paris officials estimate about 15% of the city’s students will be able to go back to school. Other towns and cities think they can serve about half of the children normally in preschool and elementary school.

Scientists are still split on the role that children play in transmitted the new coronavirus, which has infected over 176,000 people in France, killing at least 26,300 of them, according to government figures.

Health officials have repeatedly said that children appear to be the demographic that is among the least-affected by COVID-19. The World Health Organization has reported that children seem to mostly suffer only mild symptoms, although some severe cases and deaths have been recorded as the virus continues to spread globally.

Several studies published earlier this year suggested that closing schools has a negligible impact on reducing the spread of the coronavirus and that children are less easily infected and not responsible for the cases within families.

Other infectious disease experts say while children can acquire the virus and may be infectious, it’s clear they are not super-spreaders of COVID-19 as they are believed to be with influenza.