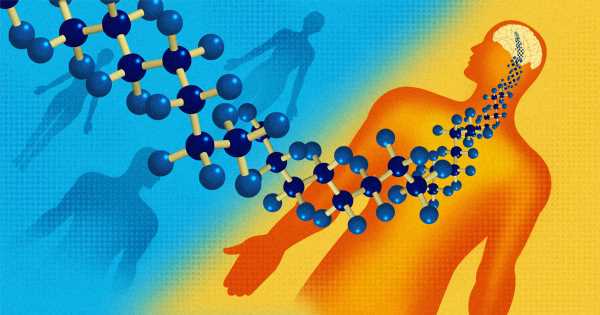 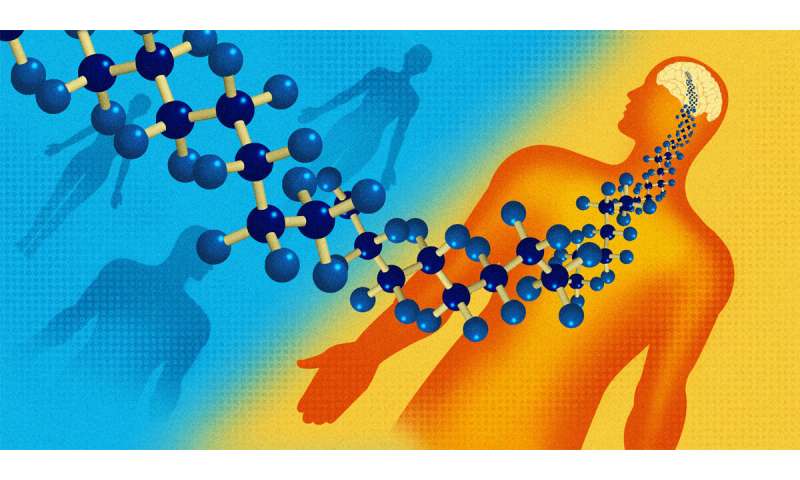 The human-made chemicals that make our kitchen pans stick-free, our athletic wear water-repellent and firefighting chemicals more efficient do their jobs incredibly well, but it’s at the expense of lingering in the body and environment for what is believed to be forever.

These forever chemicals, perfluorooctane sulfonate and perfluorooctanoic acid, more commonly known as PFOS and PFOA, make life easier. But scientists have many questions about these synthetic compounds’ long-term effects. They are being used less by consumers, and companies that once championed them are stepping away. But they still have important military and industrial applications, especially in firefighting foams. Even if production completely stopped, the world will still live with them forever.

“These chemicals are detectable in the blood of almost every human. They are often found in other species, as well, including polar bear and whale brains,” said Jason Cannon, an associate professor of toxicology at Purdue University. “The carbon-fluorine bond is one of the strongest in nature, and it is difficult to break down, especially when there is more than one fluorine atom on the carbon atom. Most chemicals that we consume or absorb will leave the body in a different chemical form. To the best of our knowledge, these chemicals are not very well metabolized so they bioaccumulate.”

These forever chemicals are something that Cannon refers to as a major public health issue as adverse health effects have been shown to affect hormones and other aspects of the endocrine system. Both PFOS and PFOA are per- and polyfluoroalkyl substances, more commonly known as PFAS, and are potentially neurotoxic. But to what extent is unknown, especially for the years and decades they may accumulate in the brain.

“And which regions they accumulate within the brain is unknown,” said Cannon, who studies dietary toxins and neurological disease, including gene-environment interactions in Parkinson’s disease.

Cannon’s recent study published in Toxicological Sciences determined that PFOS is selectively neurotoxic and relevant to specific neurological diseases. In this study, roundworms were exposed to PFOS and PFAS, and it was shown that their dopamine levels and dopamine neurons were highly sensitive and declined. In mammals, dopamine is key to movement, reward and addiction.

“As a Parkinson’s disease lab, seeing dopamine level depletions is a hallmark feature of the disease, but starting here, we need to be careful of our interpretation,” Cannon said. “Beyond Parkinson’s disease, there are a number of dopamine regions in the brain that could be affected and imply neurodegenerative issues or mental health issues. More research is needed.”

Cannon’s earlier research, published in Toxicology and Applied Pharmacology, took a step toward looking at how dopaminergic function may be affected. This study found that PFOS exposure led to selective decreases of dopamine levels in Northern leopard frogs, a sentinel species. Northern leopard frog larvae were used for testing because their brains feature certain chemical bio features that are more similar to those in humans than those in rodents. This frog species has a breakdown product of dopamine called neuromelanin that binds with toxins.

“The 1,000 is really pushing it, but the 100, well, there have been some contaminated sites that have been reported to be close to that level,” he said. “This is one of the difficulties in conducting toxicology studies; you want environmentally relevant dose but you also are trying model years of exposure over a short time frame. Certainly, the highest dose is probably pretty weak for environmental relevance, but the two lower doses do bear some environmental relevance. We are conducting studies at even lower doses.”

These studies on PFAS accumulation in the brain and resultant neurotoxicity were possible thanks to collaborations with labs led by Linda S. Lee, professor of agronomy, and Maria S. Sepúlveda, professor of ecology and natural systems. Cannon also is a member of Purdue’s Institute for Integrative Neuroscience and the Center for the Environment, both of which are in Purdue’s Discovery Park. He also is a member of the Center for Research on Brain, Behavior and NeuroRehabilitation, CEREBBRAL, in Purdue’s College of Health and Human Sciences.

Although many PFOS and PFOAs have been removed, many alternatives with shorter chains are being created.