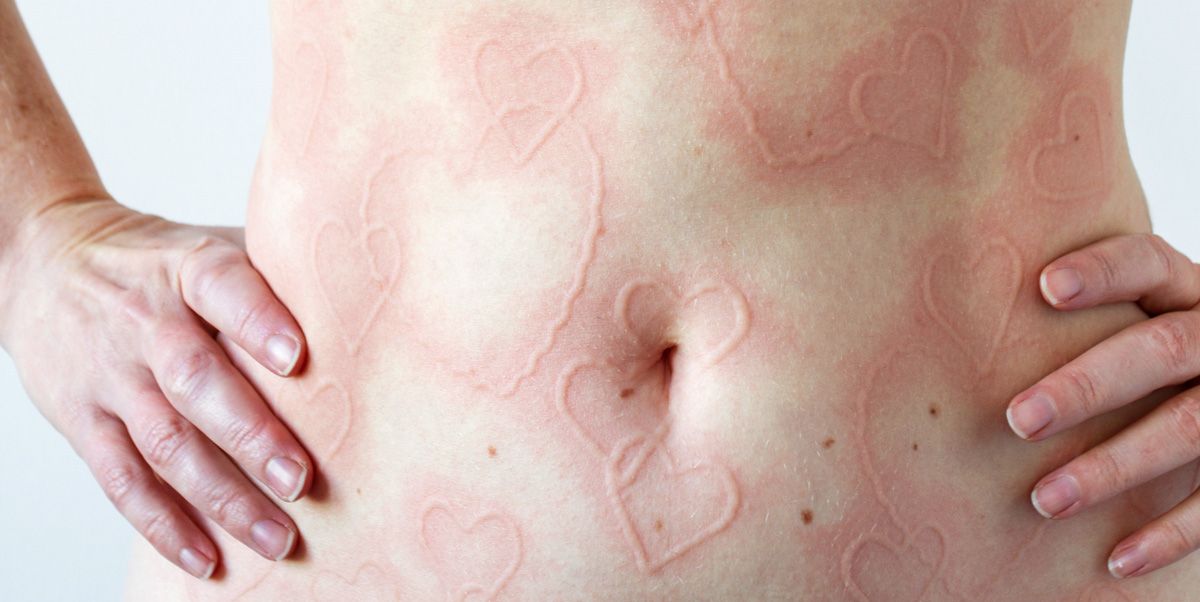 For as long as I can remember, my skin has been different. As a kid, I thought it was just super sensitive. I blushed easily and would get bright red, raised welts any time I was touched with enough pressure, brushed against something, or even lightly scratched an itch. Whenever I would rub under my eye, a few minutes later someone would freak out and point at me and say, “Oh my God, what happened to you?! It looks like you got hit in the face!”

I was embarrassed by the attention and felt like there was something wrong with me. It wasn’t until I was much older that I was diagnosed with a condition called dermatographia (or “skin writing condition”), which hyper-sensitizes the skin to touch, stress, diet, and chemicals. It affects about 5 percent of the population.

I discovered I had dermatographia by accident, when I was in graduate school for art.

I was taking photographs in my Brooklyn apartment for a project. In the process, I scratched my knee, and, as usual, a welt appeared shortly after. I realized I liked the pattern it had made on my skin, so I quickly snapped a photo of it. Later, when I was developing my film, some of my classmates saw the photos in the studio. They were more interested in the random skin photo I had taken than the others. 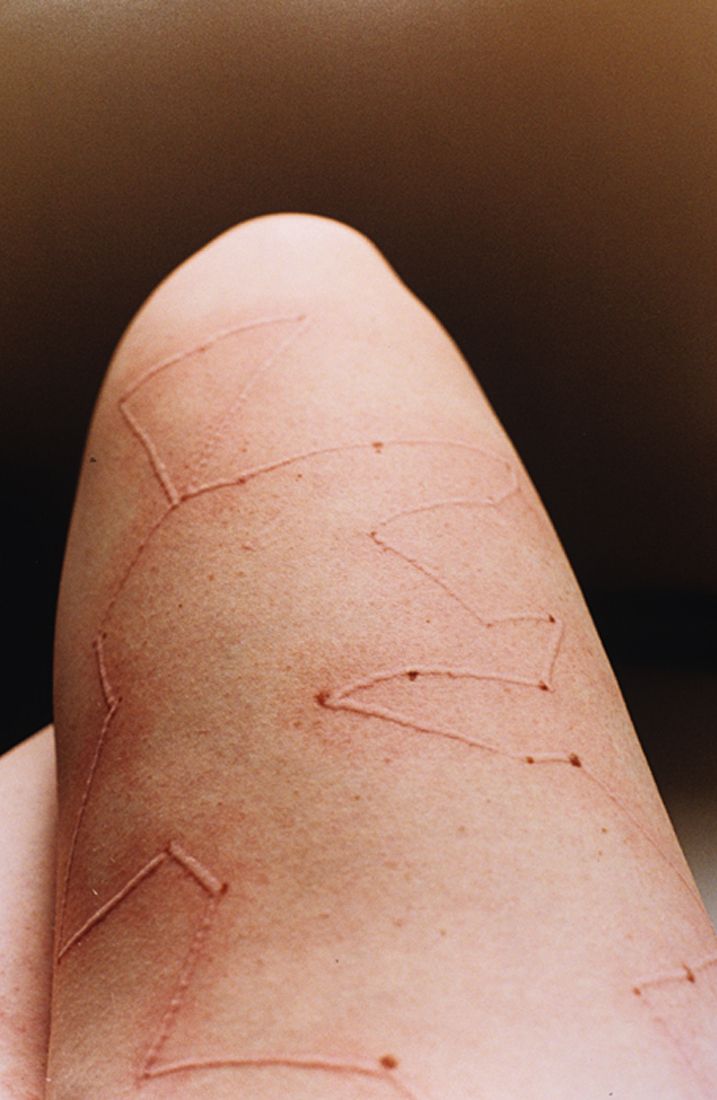 A few of them mentioned they hadn’t seen anything like my skin reaction before. They asked me about what it was and whether I’d seen a dermatologist for it. I hadn’t, but the interaction prompted me to go to one. They diagnosed me right away with dermatographia. 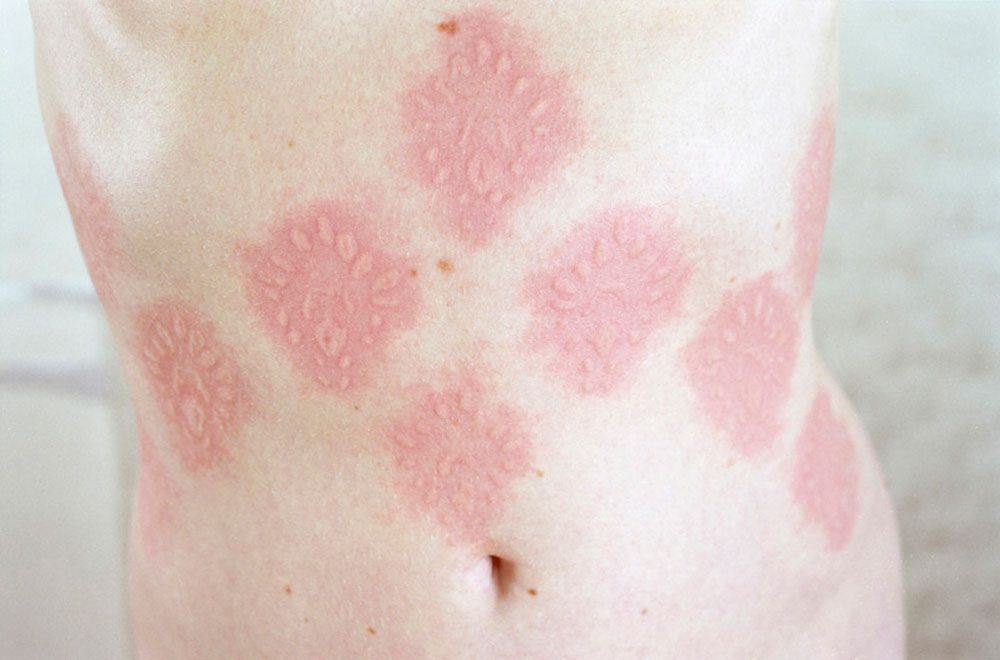 The condition doesn’t have a known cause or cure, but there are things I can do to manage it. While the welts don’t hurt and typically only last for about half an hour, they can be itchy and hot to the touch. For me, a natural moisturizer like almond oil or coconut oil helps. And certain things, like stress and temperature changes, can trigger more severe reactions in some people, so managing stress is key.

While the condition itself isn’t debilitating, the shame around it can be. That’s why I started creating art with it.

I still get anxious when I can feel a welt forming on my face, knowing people are going to see it and react to it. But my relationship with dermatographia has completely changed from when I was a child because I now make art about it. 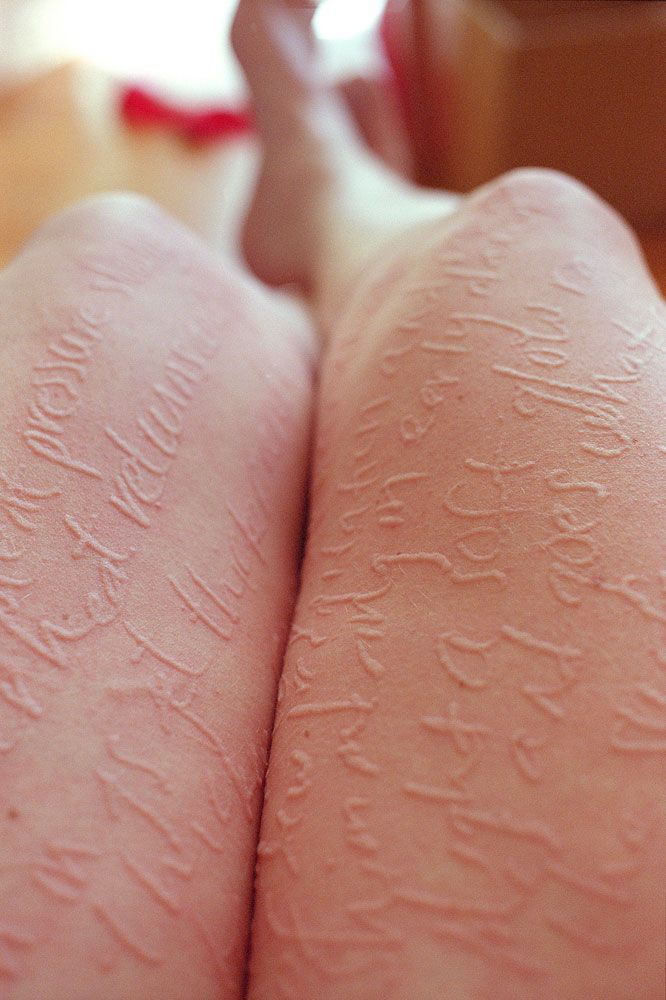 After my friends showed interest in my first dermatographia photograph, I decided to start taking more pictures of my skin, and even started drawing on myself (usually with a stylus, fork or knitting needle) specifically to showcase the reactions in photos. I realized they could be gorgeous! Sometimes I freehand the designs and other times I use stencils I’ve created–because it takes a few minutes for the skin to raise, it can be hard to see what I’m drawing without a stencil. 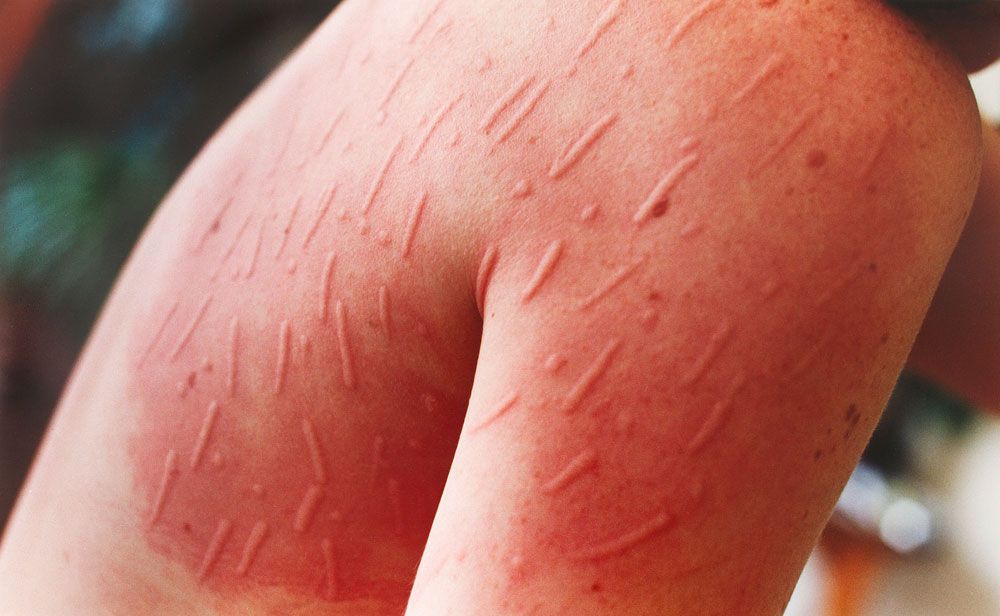 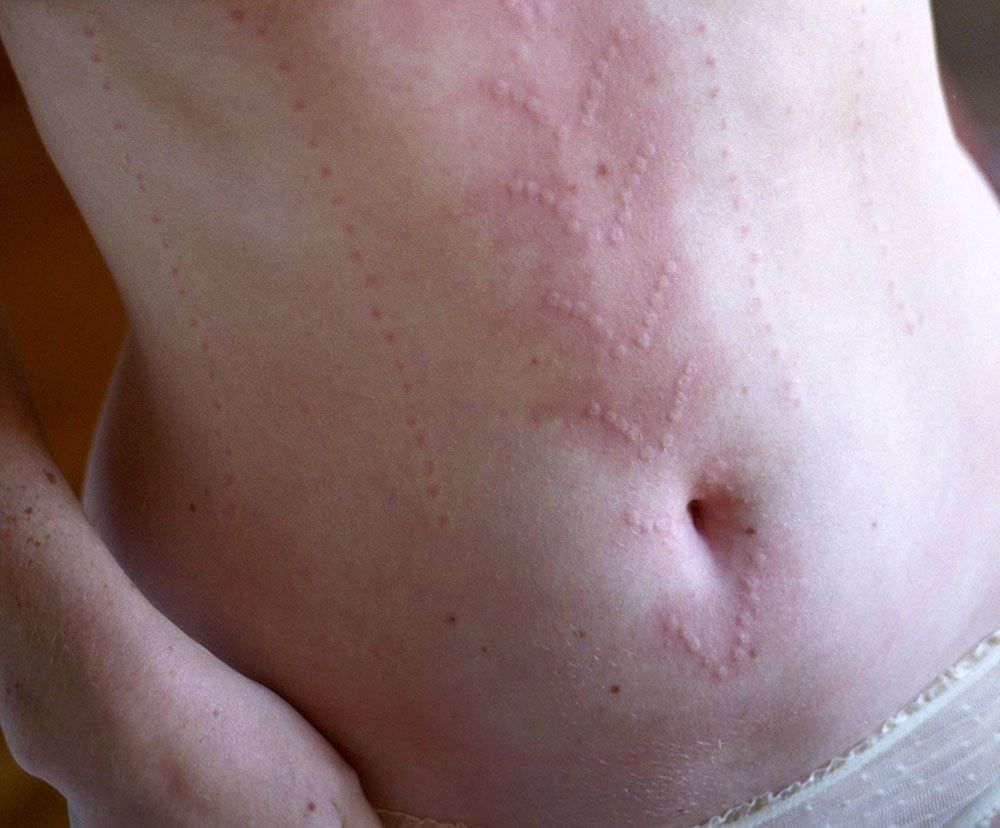 By sharing my art on social media, I’ve found an entire community of people with dermatographia. So many people have the condition but can’t get diagnosed because many doctors don’t know much about it. I get tons of emails from people who only found out about the condition by googling their symptoms and coming across my art and saying, “oh my skin does that too!” I’m so glad we’ve all been able to connect and share how we manage the condition and just feel less alone. 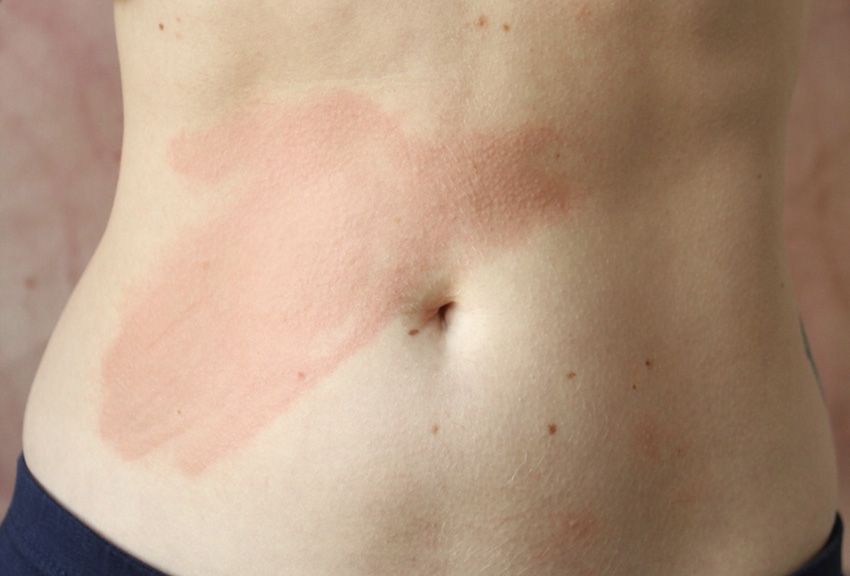 My dermatographia has gotten better with time, but it’s still there. But now, I treat it with curiosity and know that it’s what makes me unique. I hope that anyone who sees my art, especially young people, knows that if their skin has this reaction, there’s nothing wrong with them. 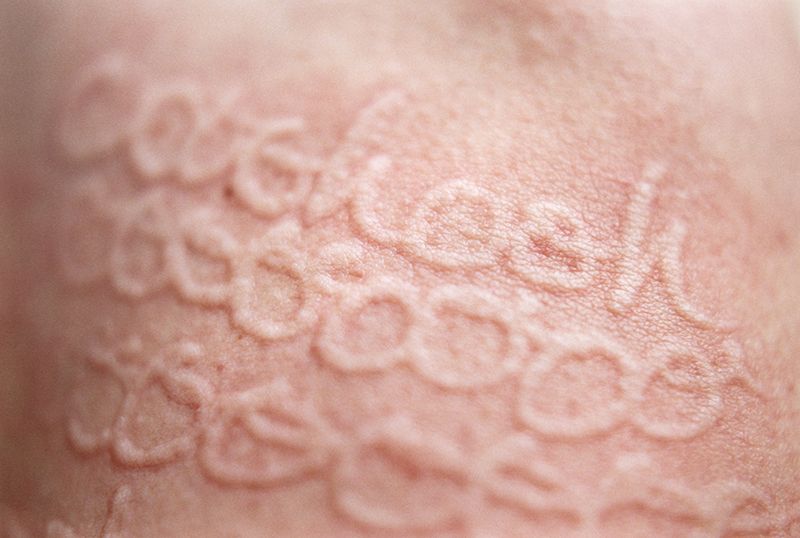 I know what it’s like to be embarrassed by my skin, but spending time hating it because it does weird and unpredictable things never helped me feel any better. Showing my skin love, honoring it, and celebrating it is what changed my outlook, and I hope it can help other people with dermatographia feel the same.

You can find more information about Ariana and living with dermatographia at www.skintome.com.