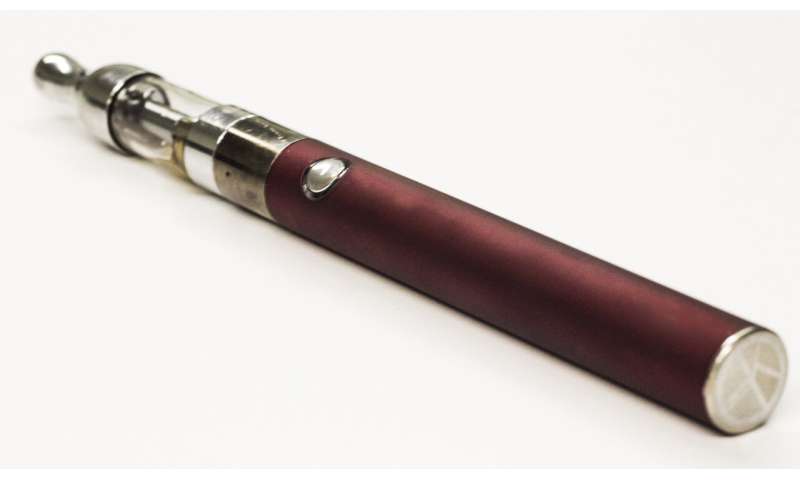 Teenagers’ gender, sexual orientation, household income and their parents’ level of education are among factors that impact whether they believe that nicotine, toxins and other chemicals in e-cigarette and vaping products are harmful to their health, according to new research conducted by the Tobacco Center of Regulatory Science of the American Heart Association, the leading voluntary health organization devoted to a world of longer, healthier lives. The study was published today in the journal Health Promotion Practice, a journal of the Society for Public Health Education.

“One of the challenges with educational efforts aimed at getting youth to stop using e-cigarettes or preventing them from starting is that many believe e-cigarettes are harmless,” said study lead author Thanh-Huyen T. Vu, M.D., Ph.D., a research faculty member of the Department of Preventive Medicine at Northwestern University Feinberg School of Medicine, Chicago. “But many teenagers aren’t aware that e-cigarette products contain nicotine just as traditional cigarettes do, and there are proven, long-term health risks associated with nicotine, as well as with some of the other toxins and chemicals found in these products.”

Researchers conducted national online research queries in 2017 of more than 3,000 teens, age 13 to 18 years, both e-cigarette users and those who never used, asking them to respond yes or no to whether nicotine in e-cigarette products might cause health problems.

However, teens’ perception of harm varied significantly across personal demographic and socioeconomic factors.

The teens were also asked about the health risks of toxins and other chemicals in e-cigarettes and responses were similar to those given when asked about nicotine.

“Ours is one of the first studies to address how different groups of youth, especially vulnerable groups, perceive the health risks of e-cigarette contents.” Vu said. “In fact, teens overall are a vulnerable group, since nicotine has clear adverse effects on developing brains, and in humans, brain development continues throughout the teen years.”

Vu said one surprising finding was that teens identifying as LGBTQ had a higher perception of the health risks associated with the contents of e-cigarettes, because studies have shown this group has a high prevalence of e-cigarette use. But she said increased awareness of e-cigarette products and their health consequences may help prevent e-cigarette uptake or continued use among all youth.