For much of her life, Alicja K. has lived with and loved dogs, but living in a Manhattan high-rise apartment, she recently opted to adopt a cat for the first time in her life.

Alicja, a doctor of physical therapy, began her search online, and it wasn’t long before she spotted Petey, a young orange and white tabby, on the ASPCA’s website. 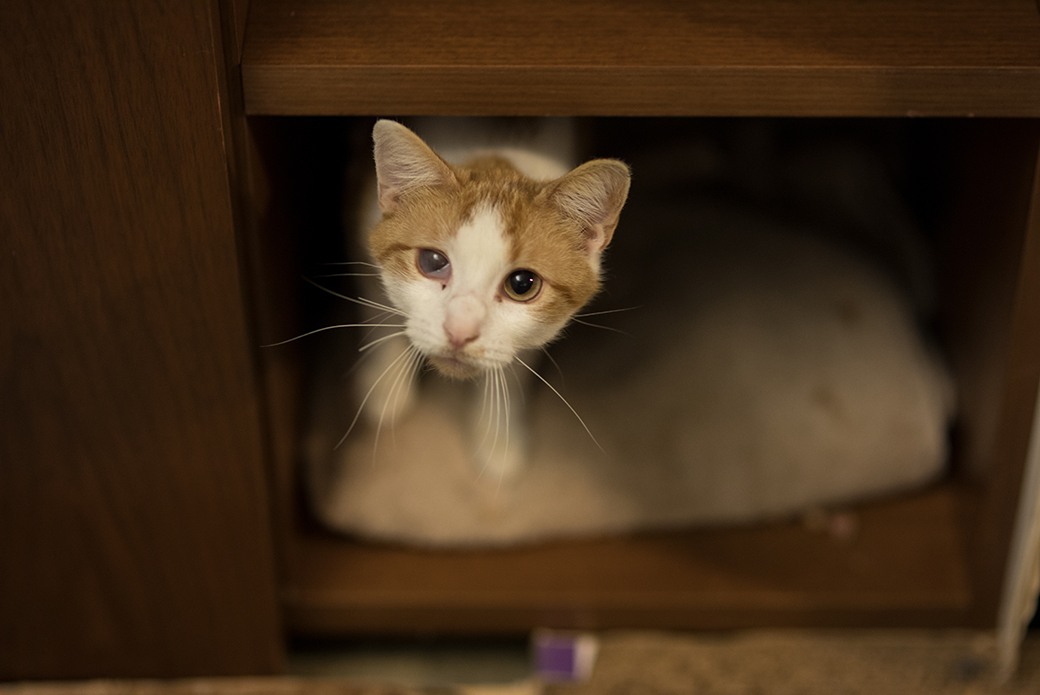 Found as a stray in Queens, Petey was transferred to the ASPCA from an animal rescue group in April 2018. He tested positive for feline immunodeficiency virus (FIV), a virus that can affect the immune system of cats. However, this is not an obstacle to adoption so long as an owner takes simple precautions. “Cats infected with FIV often live long, healthy lives,” says Dr. Felicia Magnaterra, Manager of the ASPCA’s Adoptions Veterinarians, who stresses that FIV is not contagious to people or dogs and requires no ongoing medication or specialized care. “While these cats are considered immunocompromised—which can make them susceptible to secondary infections—they to do very well in a home setting, particularly if they are well-vaccinated and have routine veterinary check-ups.”

When Alicja met Petey in person, the tabby was living in the office of Kymberlie Adams, ASPCA Director of Social Media and Petey’s foster caregiver. Alicja’s instincts were spot-on, and the two bonded instantly despite Petey’s extreme shyness. But a bigger challenged still awaited the pair: matching Petey with Alicja’s husband Harvey. 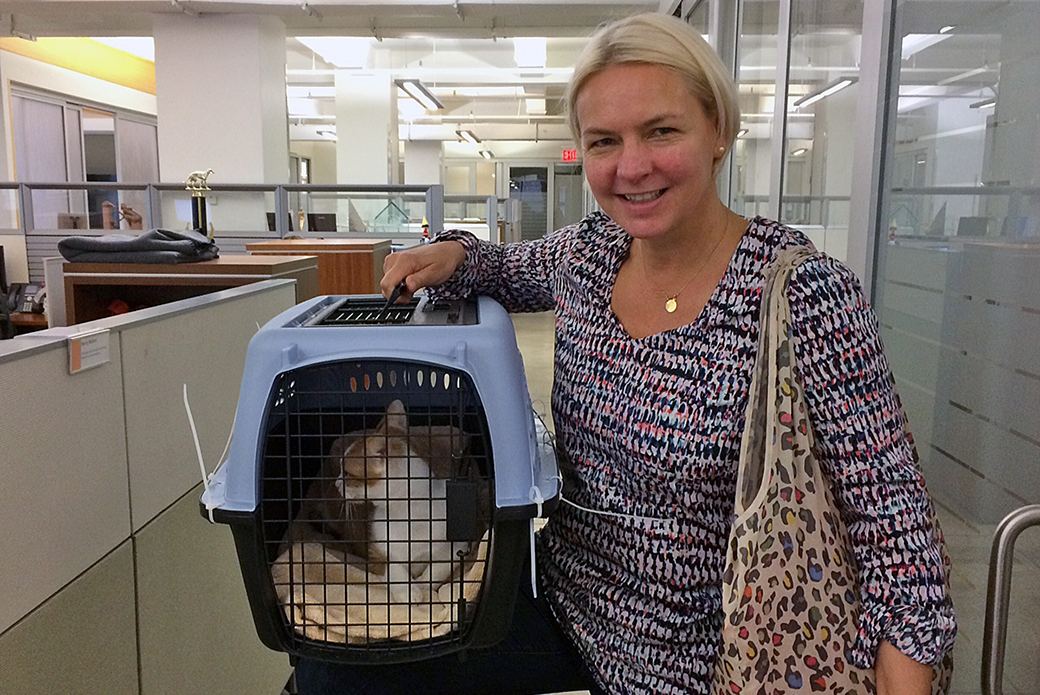 Alicja says her husband Harvey was “absolutely not a cat person,” adding that he was “allergic to cats his whole life.”

“He said, ‘I wish a happy life to you and your cat,’” recalls Alicja. But when Harvey met Petey, that all changed.

“When I brought Petey home, Harvey said, ‘Oh my gosh,’ and was head-over-heels in love from that moment on,” Alicja reports. “No allergies so far, just pure love.”

“Alicja talked to me about getting a cat but worried how she would ever persuade Harvey,” says Alicja’s friend Jane W., who accompanied Alicja on her search and helped her find Petey. “We looked at lots of cats and kittens, but once she saw Petey’s picture online she was mad for him.”

Alicja, who grew up in Poland, speaks six languages including Japanese, so the couple renamed Petey Neko, which in Japanese means “cat.” The couple gave Neko lots of time to adjust after first bringing him home.

“He was very shy and would sleep on a bookshelf in our library,” Alicja explains. “He hid a lot but would still explore the house.”

As soon as Neko felt comfortable, his true personality began to emerge.

“Once Neko realized he was safe in our home, he became a completely different cat,” says Alicja. “Now we can pick him up and play with him, but we’re always very gentle.”

Two weeks after adopting Neko, Alicja underwent minor surgery. Once she returned home, Neko stayed with Alicja during her entire recovery, never leaving his post at her feet. 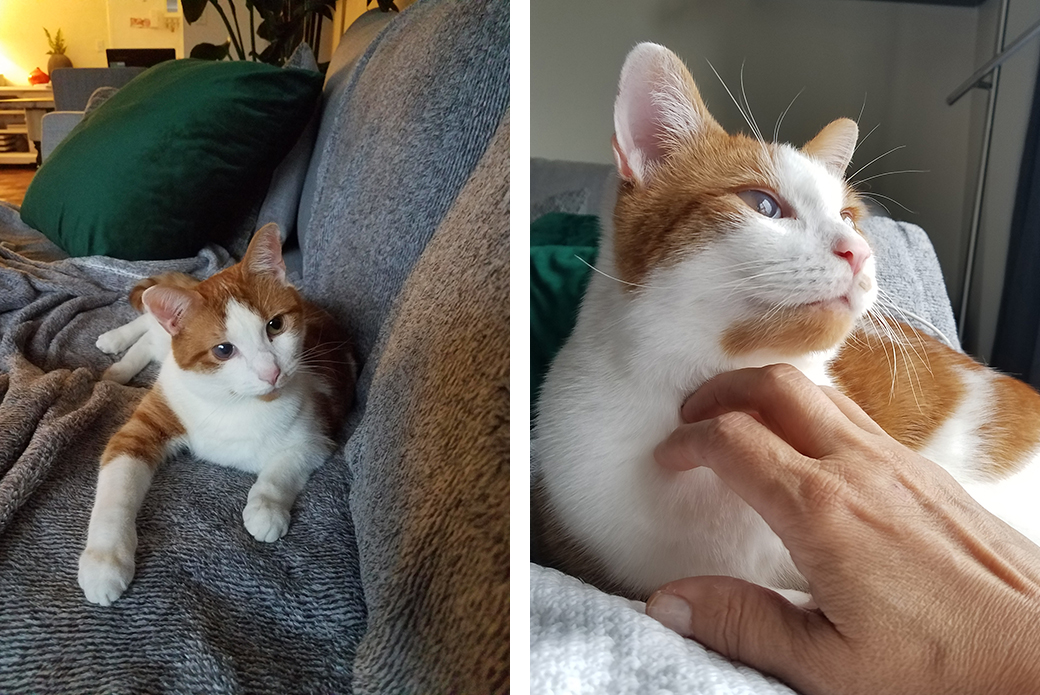 To return the compassion, Alicja sings songs to Neko about his beauty and personality.

And when Alicja or Harvey come home from work, Neko is always waiting to welcome them.

“He’s very teachable,” says Alicja. “He invented a hide-and-seek game and ‘find me if you can’ games. If I’m on my computer and he wants attention, I’ll play his favorite ‘chirping birds’ show. If Harvey doesn’t want to play with Neko, he’ll say, ‘go to mommy,’ and Neko comes right to me with his favorite toy.” The Facts About FIV+

Alicja says she and Harvey are now thinking about adopting another cat, which is not a problem even given Neko’s FIV+ status.

“If two cats are friendly and not at risk of fighting, the risk of transmission is quite low,” explains Kirstin Burdett, Senior Manager of Admissions and Matchmaking at the ASPCA.

“Since FIV is spread through bite wounds and sexual interaction, transmission to unaffected cats is unlikely in a home setting with stable social structures where housemates don’t fight and all cats are spayed or neutered,” adds Dr. Magnaterra.

The ASPCA also recommends keeping cats in an FIV+ home separated until you know they get along well.

For now, Neko continues to enjoy the full attention of both Alicja and Harvey, who look forward to adopting a brother or sister for him.

“I’m not sure who he likes more, but his happiest moments are when we’re both with him together,” Alicja says. 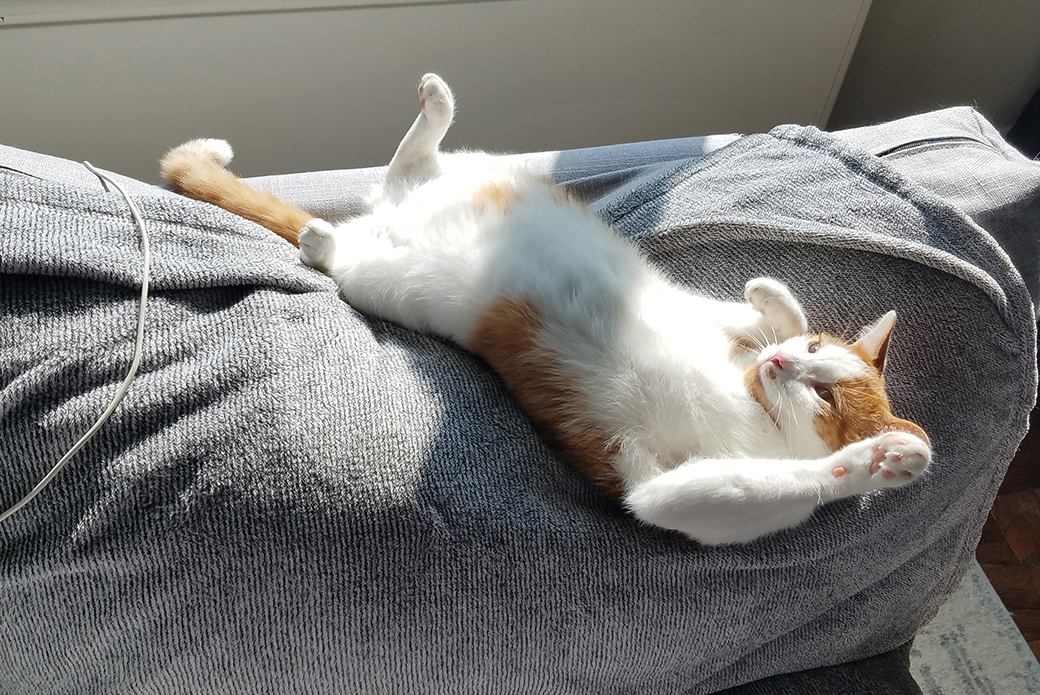