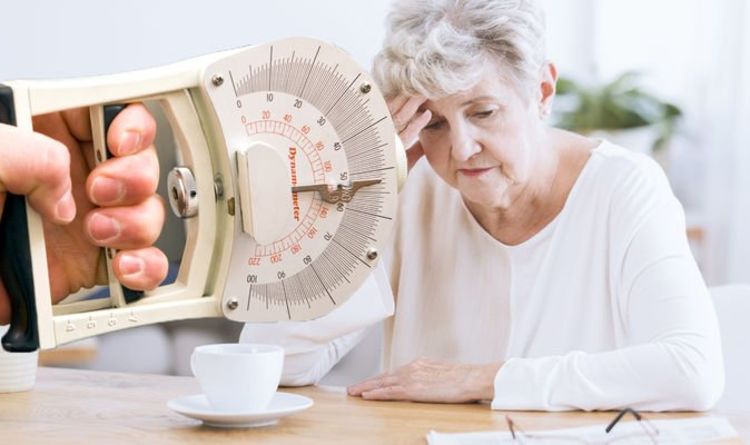 Dementia describes a set of symptoms that are associated with brain damage, including memory loss and difficulties with thinking, problem-solving or language.

The changes may be subtle initially, but as the condition progresses, dementia can have a marked effect on your daily life.

The condition mostly develops as people age, although it is not a natural part of the ageing process.

There is currently no known cure for dementia but research suggests lifestyle factors can heighten your risk of developing the neurological condition.

Of course, if you could be alerted to your level of risk, you could take the necessary steps to reduce your chances of developing it.

A recent study published in the Journal of Alzheimer’s Disease found that using a dynamometer device – a hand grip that gives an accurate reading of your grip strength and upper body strength – can determine your risk of developing dementia.

The researchers were working off the hypothesis that poor grip strength may be an indicator of cognitive impairment – a precursor to dementia. 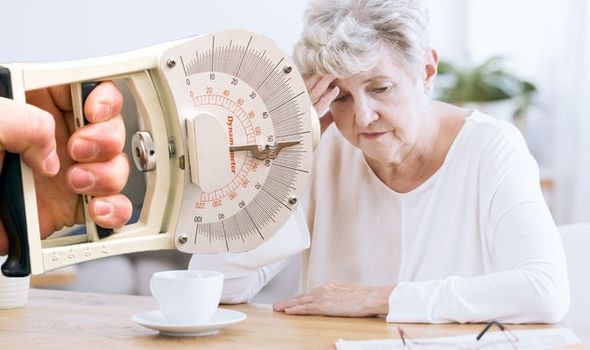 Experts from North Dakota State University found that each 5kg reduction in grip strength was associated with an 18 percent greater chance of severe cognitive development.

The research, published in the Journal of Alzheimer’s Disease last year, concluded that doctors should consider looking at grip strength in assessments of cognitive function.

In light of the findings, study lead Prof Ryan McGrath called for grip strength to become a standard part of the assessment procedure.

DON’T MISS
Best supplements for type 2 diabetes: Three supplements proven to lower your blood sugar [TIPS]
How to lose visceral fat: Including this drink in your diet could reduce harmful belly fat [TIPS]
Pancreatic cancer symptoms: What colour is your pee? Warning sign of the deadly disease [INSIGHT]

How does a grip strength work?

Grip strength is the force applied by the hand to pull on or suspend from objects and is a specific part of hand strength.

The greater the force applied to the device, the stronger you are.

Bolstering the findings, a 2012 study found that weaker grip strength was associated with lower memory, language, and cognitive abilities in people 65 or older.

That study also found that slower walking speed, or “gait” speed, was associated with those reductions. 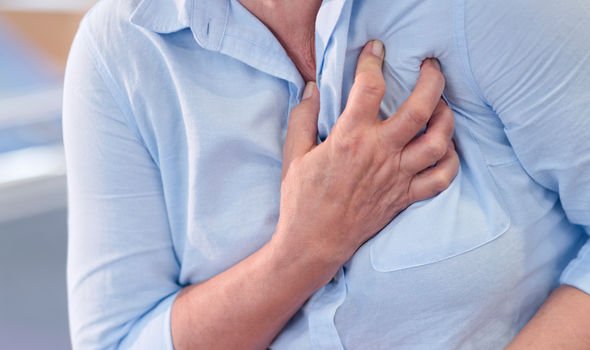 Another study found that found using a dynamometer to assess grip strength may also indicate your risk having a heart attack or stroke, or dying from cardiovascular disease.

This association is significant because it is generally believed that what is good for heart health is a good indicator of brain health so the link to dementia is not surprising.

How to build muscle strength

According to Harvard Health, to build muscle strength, you should do resistance training two or three times per week. Give your muscles one or two days off in between workouts. 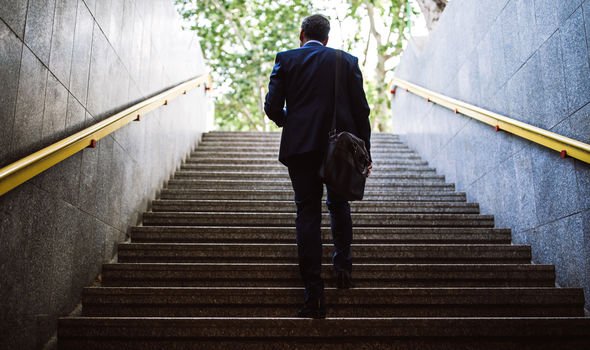 As the health site notes, you don’t have to limit muscle building workouts, you can take advantage of daily activities to challenge your muscles too.

It adds: “It’s also important to get enough sleep. Sleep is critical for muscle recovery and proper healing of stressed tissues.

“Aim for seven to eight hours per night. That will give your body time to repair muscle tissue and replenish your muscle’s energy stores.”