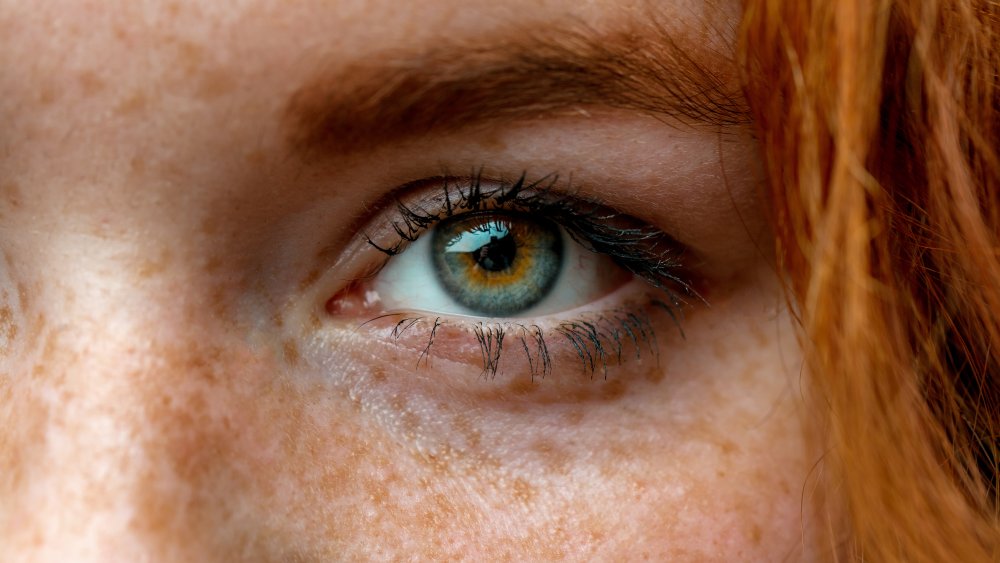 Sometimes moles, or what we think are moles, can add unexpected anxiety around our health. Whether you’re someone who has always had a few of these dark spots, or are seeing new ones pop up over time, they can be unsettling. Even though most moles are benign, there is a risk that one can turn cancerous (via Cambridge University Hospitals). And while it’s always good to be aware of changes in dark spots on your skin to be cautious and safe, there’s also a chance you’re confusing a mole with a harmless freckle. Both moles and freckles are made up of a specific type of skin cells, melanocytes, which grow in a cluster and produce more melanin (via Elle).

The real difference between freckles and moles typically revolves around how long they last and their association with sun exposure. Freckles, which are usually pale brown and quite small, can come and go and are caused by sun exposure. Moles, on the other hand, tend to be much darker and last anywhere from several years to a lifetime and are not directly caused by too much time in the sun. Keep in mind that both are quite common.

More differences between freckles and moles

A major difference between freckles and moles is that moles occur much further in the dermis, or in a deeper level of the skin, and are usually raised (via The Dermatology Specialists). So, unlike freckles, you often can feel a bump when you rub your finger across a mole. Important note: Even though moles are usually quite a bit darker, freckles also can have a darker appearance depending on your skin tone.

Finally, freckles will not become malignant, aka cancerous. Moles, however, can become cancerous if they change shape or color quickly. It is worth noting that moles can appear and disappear over the course of years, according to Cambridge University Hospitals. So, don’t immediately panic if a new mole appears. And as always, if you have any concerns, visit your dermatologist. According to Elle, it’s a good idea to get an annual skin check to be safe.