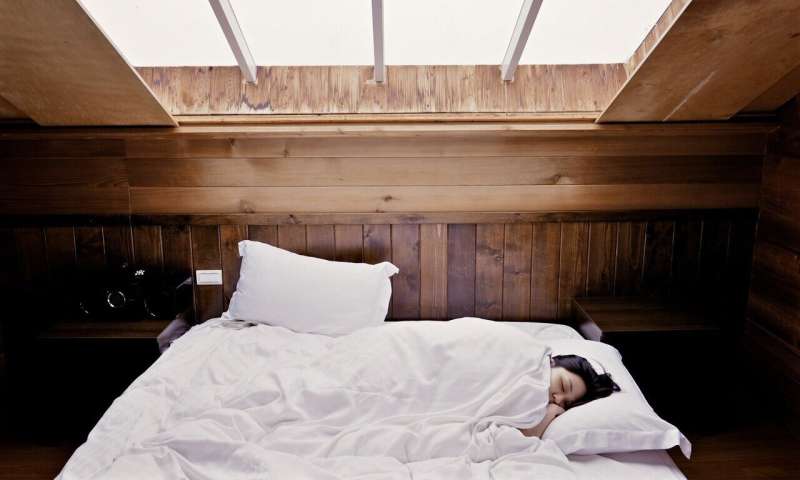 A new study of sleep, religious affiliation, and perceptions of heaven found that atheists and agnostics are significantly more likely to be better sleepers than Catholics and Baptists.

Preliminary results show that 73% of atheists and agnostics reported getting seven or more hours of nightly sleep, which is recommended by the American Academy of Sleep Medicine to promote optimal health. In contrast, 63% of Catholics and only 55% of Baptists reported sleeping at least seven hours per night. Atheists and agnostics also reported experiencing less difficulty falling asleep.

“Mental health is increasingly discussed in church settings—as it should be—but sleep health is not discussed,” said lead author Kyla Fergason, a student at Baylor University in Waco, Texas. “Yet we know that sleep loss undercuts many human abilities that are considered to be core values of the church: being a positive member of a social community, expressing love and compassion rather than anger or judgment, and displaying integrity in moral reasoning and behavior. Could getting better sleep help some people grow in their faith or become better Christians? We don’t know the answer to that question yet, but we do know that mental, physical and cognitive health are intertwined with sleep health in the general population.”

The study involved a population-based sample of 1,501 participants in the Baylor Religion Survey, which includes questions on religious affiliation, behaviors, and perceptions. Participants also rated their difficulty falling asleep and their average total sleep time.

Results also show that those participants who reported sleeping seven or more hours per night were significantly more likely to believe that they would get into heaven. However, these perceptions of heaven were unrelated to difficulty falling asleep at night. According to the authors, this pattern indicates that better sleep leads to a more optimistic outlook, which in this case is manifesting as positive expectations of getting into heaven.