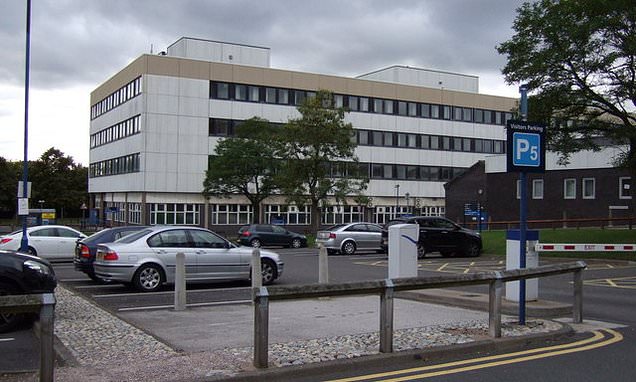 The app will see you now: NHS Trust buys controversial ‘GP by Skype’ service to move half of all its appointments online

Half of all appointments at three NHS hospitals could be conducted online after bosses purchased a ‘GP by Skype’ service.

The Royal Wolverhampton NHS Trust has penned a deal with technology company Babylon Health to adapt its GP At Hand app to use in its three hospitals.

The app would share information between GPs and specialists as well as allow patients to have hospital consultations online and see test results from afar.

Royal Wolverhampton then plans to sell the technology to the rest of the NHS if the partnership is successful.

Babylon’s existing app is already used by millions of patients in London and Birmingham, including Health Secretary Matt Hancock, who’s praised its service.

The service is controversial because patients need to de-register from their GPs to use it.

And some doctors have accused it of cherry-picking fit young people and leaving surgeries with patients who are difficult – and expensive – to treat. 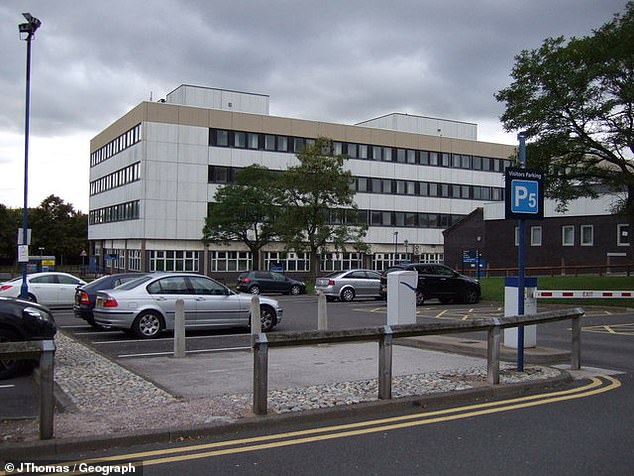 Half of all appointments at the Royal Wolverhampton NHS trust, which runs three hospitals (pictured: New Cross hospital) could be conducted online after bosses signed a deal with the firm behind a controversial ‘GP by Skype’ service

David Loughton, chief executive of Royal Wolverhampton, claims the system was as good as doctors at making initial diagnoses and distinguishing between patients who needed further treatment and those who could cope with online help alone.

He told The Times: ‘I think 50 per cent of consultations could be done remotely.’

‘A lot of this is chronic conditions because we know so much about how to manage those.’

And Mr Loughton insisted that older patients were ‘not as frightened by technology as you might think’.

He added that younger generations expect the NHS’s services to be as digital as their lives in general.

It also provides GP and community and rehabilitation services as well as walk-in centres.

The chief executive of NHS England, Sir Simon Stevens, has previously set a ten-year aim of carrying out a third of hospital appointments online.

Paul Bate, Babylon’s director of NHS services, told The Times that his system could take ‘much of the pain’ away from doctors’ and nurses’ daily lives by using the technology to perform time-consuming admin tasks.

Babylon is paid for each NHS patient it treats in the same way as GP practices get money for people on their books. GP At Hand uses an algorithm to assess symptoms via a ‘chatbot’ and offers ten-minute video appointments with a doctor.

Health Secretary Matt Hancock has publicly praised the app and is among the thousands of people who have de-registered from their GP to use it.

Surgeries receive money from the NHS for each patient they treat, so the app has cut off a portion of their income.

The Labour Party has accused Mr Hancock of breaking ethics rules by publicly and privately endorsing an app which also makes money from private paying patients.

Most of those who have signed up to GP At Hand are young and wealthy and just 0.1 per cent suffer from chronic conditions.

MailOnline has approached Royal Wolverhampton and Babylon Health for comment.

They are first asked their date of birth – only over 16s can use the app as it has not been rigorously tested on children.

Patients are then asked to ‘briefly describe the symptom that’s worrying you most’.

If they reply a headache, for example, they will be asked up to 30 other questions.

They will be asked where in the head they feel the pain, how long they have had it and whether it came on suddenly.

Other questions include whether patients have any other symptoms such as dizziness, flashing lights in their eyes or sickness.

They will also be asked if they have lost or gained weight (weight loss can be a sign of cancer) and if they are more stressed.

At the end of the questions, patients will be told the most likely cause of their symptoms and the action they should take.

An example message reads: ‘People with symptoms similar to yours usually have the following conditions: tension headache.

‘This can usually be treated by a pharmacist’.

They will also be given a second possible cause, which in this example would be a cluster headache.

The message reads: ‘Another possible cause of these symptoms is Cluster headache (attacks of severe, one-sided headaches which occur in clusters).

‘This usually requires seeing a GP’.