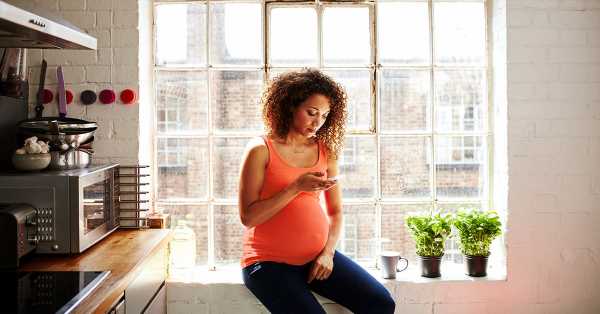 Along with a daily prenatal vitamin, should pregnant women also take a low dose aspirin?

That’s what OB-GYNs are telling pregnant patients at the University of Texas (UT) Health Science Center in Houston.

The low 81-milligram dosage, commonly referred to as “baby aspirin,” is a recommended treatment to help prevent preeclampsia in women who are at risk.

But last year, the UT doctors began prescribing it across the board, in part because they found some women slipped through the cracks during screening.

“One of the major drivers for why we started doing universal administration of low dose aspirin was because we had patients who were candidates for it and weren’t receiving it,” said Dr. Nana Ama E. Bentum, a maternal-fetal medicine specialist with McGovern Medical School at UT Health.

“In order to make sure we were not missing individuals, our department made a recommendation to give it to all our patients” she told Healthline. “The majority of the patients we are seeing are in a high risk category.”

The American College of Obstetrics and Gynecology (ACOG) says the rate of preeclampsia in the United States has increased 25 percent over the past two decades and is a leading cause of maternal and fetal illness and death.

Both the ACOG and the U.S. Preventive Services Task Force recommend low dose aspirin therapy for pregnant women who have at least one high risk factor or more than one moderate risk factor.

They define high risk as a previous history of preeclampsia, past multiple births, chronic hypertension, diabetes, kidney disease, or an autoimmune disease such as lupus.

The groups recommend pregnant women who are at risk be treated beginning at 12 weeks until delivery.

Should it be standard treatment?

“Right now, universal dosing is not the official recommendation from ACOG and the U.S. Preventative Taskforce, but I think eventually it could be a recommendation.”

Dr. Liona Poon, a professor in the department of obstetrics and gynecology at the Chinese University of Hong Kong, said universal dosing might be a workable strategy in some low-income settings.

But in general, she would not recommend it.

That’s in part due to the risk of bleeding.

“Compliance is likely to be worse when aspirin is applied to the whole population than when recommended to a sub-population who has been counseled on risk,” Poon told Healthline.

“It’s been debated at many of the national conferences and amongst OB-GYN providers for several years,” she told Healthline.

“We’ve talked about whether low dose aspirin should be part of your standard prenatal prevention care, given the increasing risk of hypertensive disorders in pregnancy.”

Butler Tobah added, “It would probably be similar to what we do now for folic acid supplementation. We know that there are many women with inadequate folic acid. So what do you do? You recommend it to the entire population, especially considering potential side effects would be minimal if any.

She added, “Before we consider making it a national recommendation, we would need more evidence that we’re actually doing something that works.”

A spokesperson for the Preeclampsia Foundation (PF) told Healthline that “research has not been done to test the safety of universal use.”

Bentum said the doctors at the University of Texas have not seen increased rates of bleeding.

One of the doctors on the Texas team will be collecting data before and after they began the universal guidelines to evaluate its effectiveness.

The PF website has information on symptoms and treatments along with a support hotline.

If you have any of the risk factors for preeclampsia, let your doctor know.