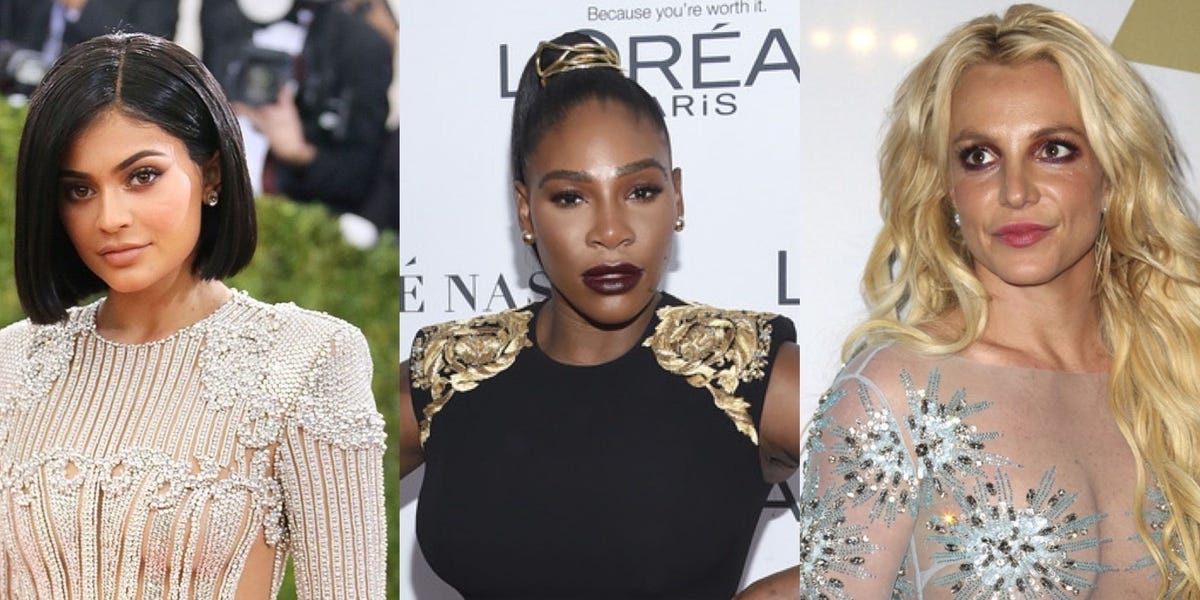 The Kardashian-Jenner clan is reliably revealing about their personal lives. But when Kylie Jenner recently opened up about her daughter's allergy to nuts, fans and advocates were particularly appreciative.

Food allergies are a growing public health concern. Food allergies among children increased by 50% from 1997 to 2011, and now affect one in 13 children. Complications can range from a runny nose to life-threatening anaphylaxis.

Yet, there is still a pervasive stigma around the issue. In a 2011 study, 31.5% of children surveyed said they were bullied because of their food allergies.

That's why it's a big deal when celebrities — like Jenner — help to normalize the issue and educate the public.

"Living with food allergies is very challenging," Dr. David Stukus, an allergist and immunologist in Columbus, Ohio, told Insider. "Because of their robust platforms, celebrities have the opportunity to spread positive, supportive messaging."

Read about 18 other famous people who have been vocal about the ways food allergies have impacted their lives.

Ariana Grande is allergic to tomatoes and bananas. 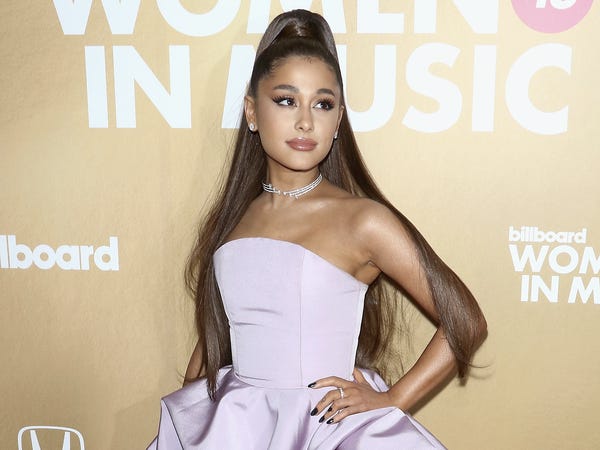 Last May, Ariana Grande postponed several concerts on her Sweetener World Tour after suffering an allergic reaction to tomatoes. Her throat "pretty much closed up" and it felt like "swallowing a cactus, the singer wrote on Instagram.

Grande first opened up about her food allergies in 2012 when she revealed on Twitter that she has an allergy to bananas. She even coined a hashtag for it: #NoBananaClub xoxoxo" 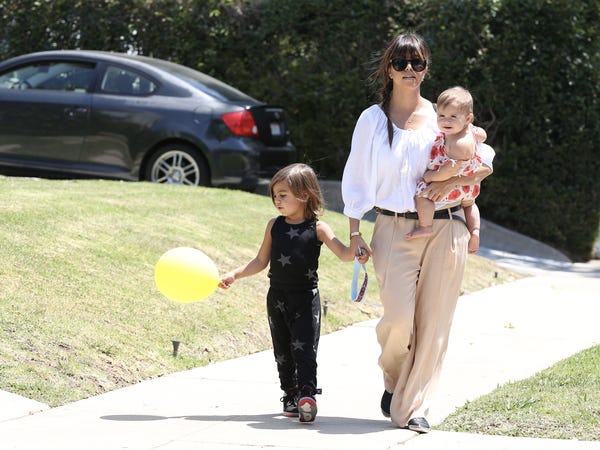 Like his cousin, Stormi, Mason Disick — Kourtney Kardashian's oldest child — is also allergic to peanuts. After eating peanut butter in 2010, Mason developed hives, vomited, and went to the hospital, People reported at the time.

"He was in good spirits the whole time and didn't even know anything was wrong, Kardashian wrote on her blog at the time. "He even enjoyed riding in the ambulance. He's such a good boy!!"

Serena Williams is allergic to peanuts. 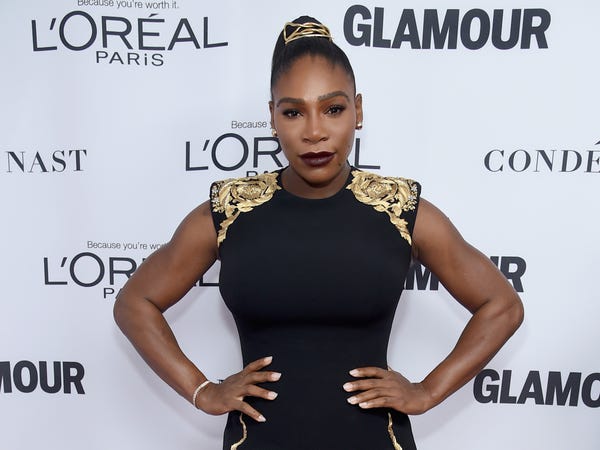 Tennis champion Serena Williams is allergic to peanuts. For about 20% of people who develop peanut allergies as children, the allergy goes away as they get older.

Kelly Clarkson has a peanut allergy. 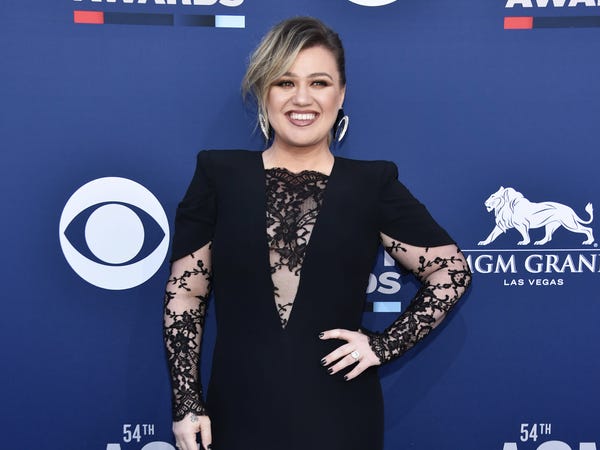 Singer Kelly Clarkson tweeted in 2013 that she's allergic to "a lot of stuff," including peanuts.

"I am now officially going to live in a bubble," the American Idol alum tweeted. "Look out Flaming Lips, I'm stealing your idea!" 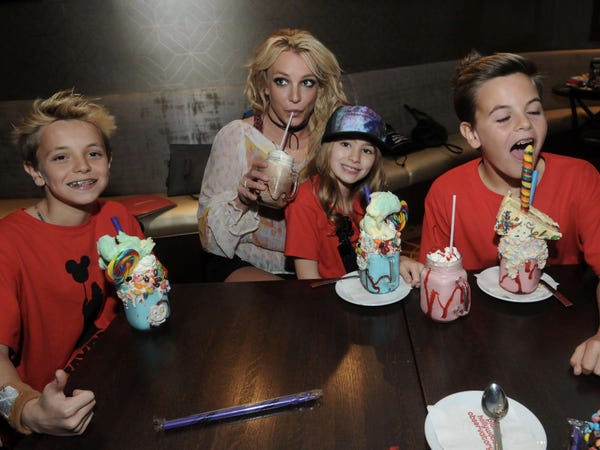 In 2008, while on a trip to her family home in Louisiana, Britney Spears' then-2-year-old son, Jayden, was hospitalized  after having a reaction to something he had eaten. It was later reported that doctors believed he was allergic to fried chicken.

Sabrina Carpenter has an apple allergy. 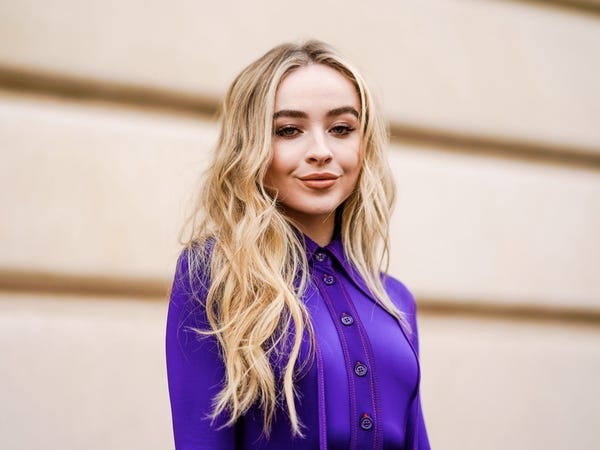 "Tall Girl" actress Sabrina Carpenter confirmed her apple allergy on Twitter in 2016, telling fans that a previous tweet about loving apples referred to Apple products, not the fruit.

Zooey Deschanel is allergic to dairy, eggs, and wheat. 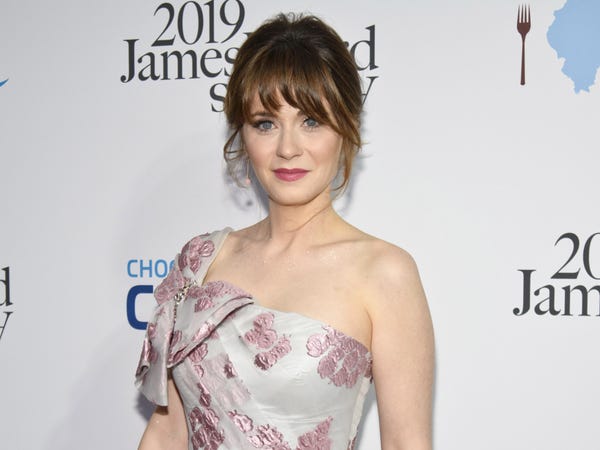 "I am the worst person to ever eat with," actress Zooey Deschanel told Vulture in 2011, "because I have all these stupid food allergies."

The list is pretty extensive: dairy, eggs, and wheat.

Deschanel said that while on the "New Girl" set, she had special meals delivered because she didn't want her cast and crew to have to eat all her "weird foods."

Malia Obama has a peanut allergy. 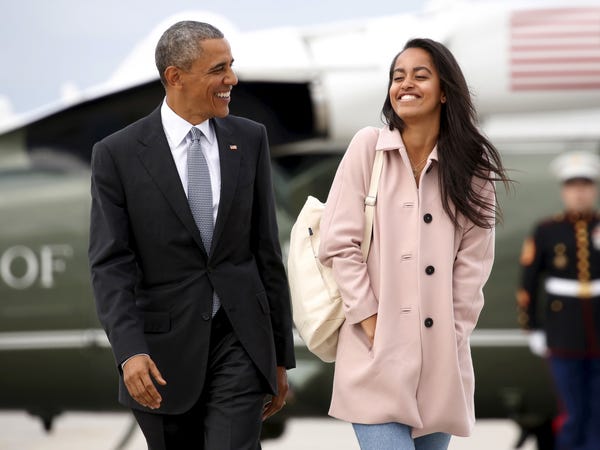 When President Barack Obama signed a 2013 bill to increase the availability of epinephrine in schools, he spoke about his daughter, Malia's, peanut allergy.

"Some people may know that Malia actually has a peanut allergy," Obama said at the time. "Making sure that EpiPens are available in case of emergency in schools is something that every parent can understand."

Miley Cyrus is allergic to lactose and gluten. 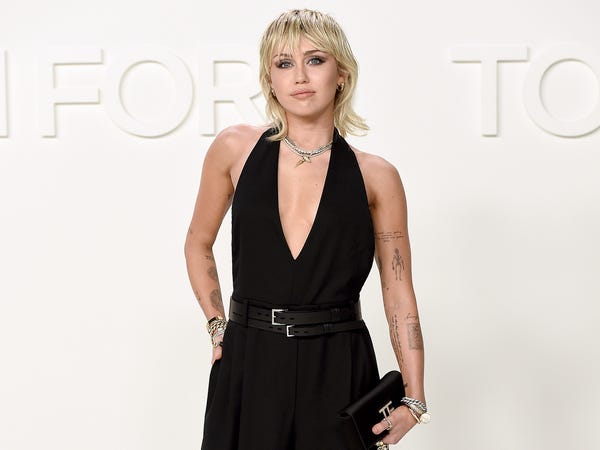 After getting criticized in April 2012 for looking especially thin, musician Miley Cyrus fired back with an explanation.

"For everyone calling me anorexic, I have a gluten and lactose allergy,"  Cyrus wrote. "It's not about weight it's about health. Gluten is crapppp anyway!" 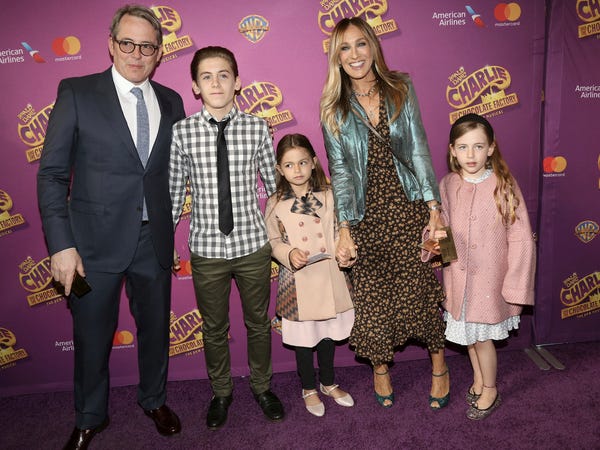 "Sex and the City" star Sarah Jessica Parker opened up about her son, James Wilkie's, life-threatening peanut and hazelnut allergy on an episode of "The Doctors" in 2016.

Parker said that she and her husband, actor Mathew Broderick, discovered their son's allergy after he ate peanut sauce and experienced throat swelling and difficulty breathing. 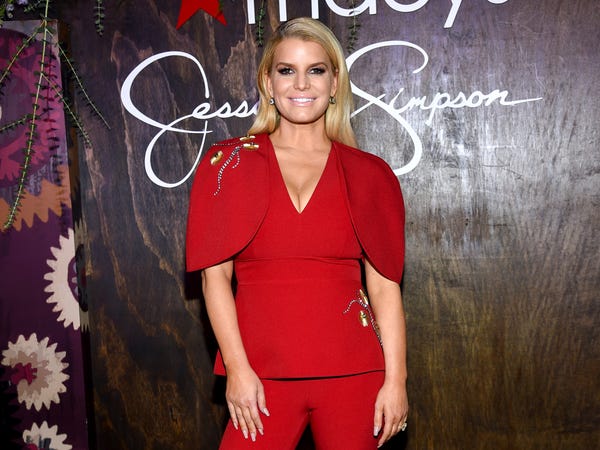 After experiencing internal bleeding in 2006 while filming "Employee of the Month," actress and author Jessica Simpson discovered her allergies to cheese, wheat, tomatoes, hot peppers, coffee, corn, and chocolate.

Joshua Jackson has a peanut allergy. 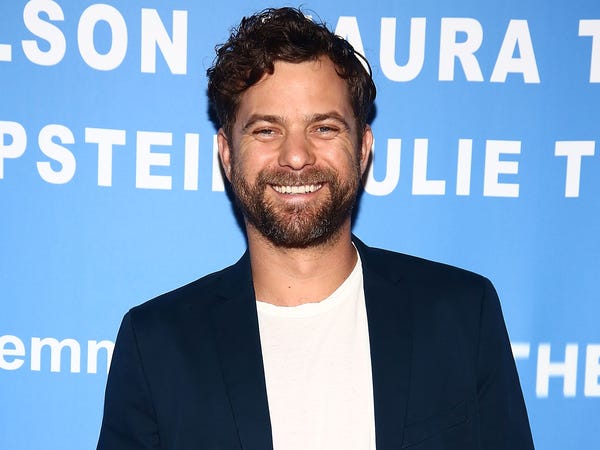 "Fringe" actor Joshua Jackson was rushed to the hospital after suffering an allergic reaction in 2011. He's been known to have a serious peanut allergy. 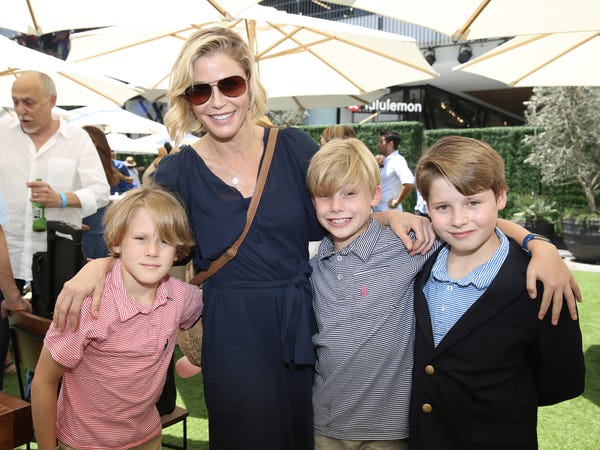 "Modern Family" star Julie Bowen had a big scare in 2009, when her toddler son, Oliver, had an allergic reaction to a bee sting while eating peanut butter. He went into anaphylactic shock, his faced and eye swelled up and he was rushed to the emergency room,

"It was so scary," Bowen told the Times. "At first I actually thought it couldn't be an allergic reaction; there was some small amount of denial kicking in. He had eaten peanut butter before, and I just didn't want it to be true."

Bill Hader has a peanut allergy. 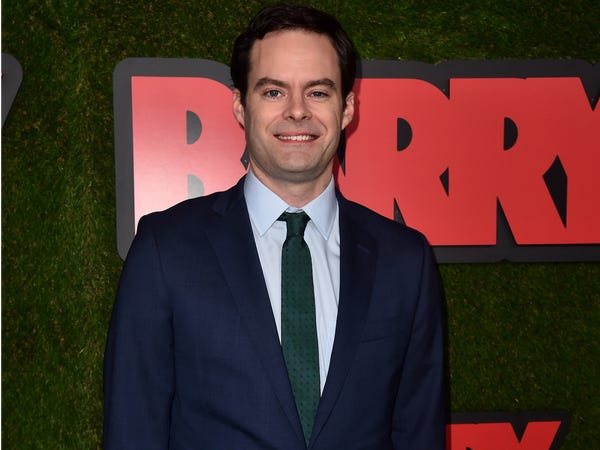 While filming "The Skeleton Twins" in 2013, Saturday Night Live alum Bill Hader experienced a severe allergic reaction after eating a piece of chocolate with peanuts in it.

He only ate the snack after a member of the production team assured him that there were no peanuts in the snack, not realizing peanut butter was just as dangerous, Hader said in a 2015 interview with Conan O'Brien. 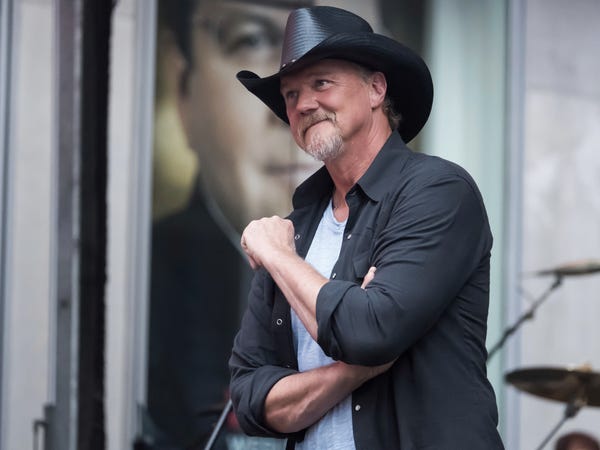 After the incident, Adkins became a spokesperson for the Food Allergy & Anaphylaxis Network, an organization that seeks to increase awareness of food allergies and their treatment.

Chelsea Clinton is allergic to gluten. 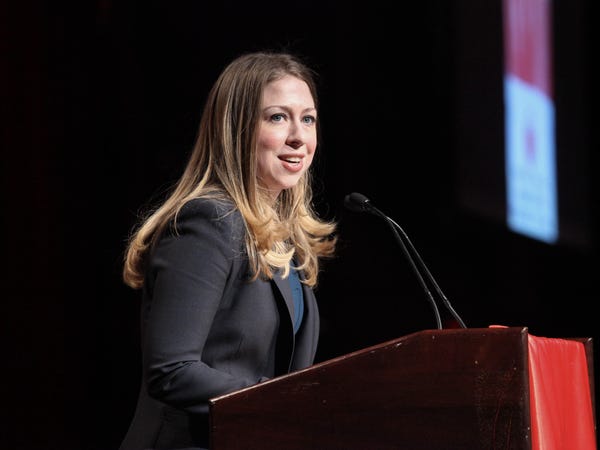 Chelsea Clinton has a gluten allergy and has been a vegan since she was a teen. At her 2010 wedding to investor Marc Mezvinsk, the former first daughter reportedly served a gluten-free cake and vegan entrees. 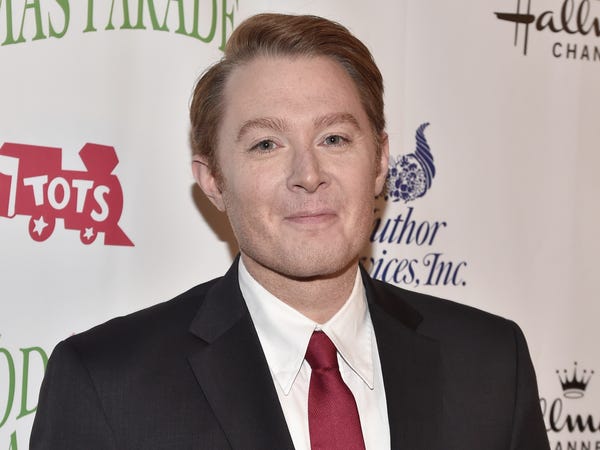 "American Idol" alum Clay Aiken told Rolling Stone in 2003 that chocolate, coffee, and mint cause him "gastric spasms like I'm giving birth out of my chest." 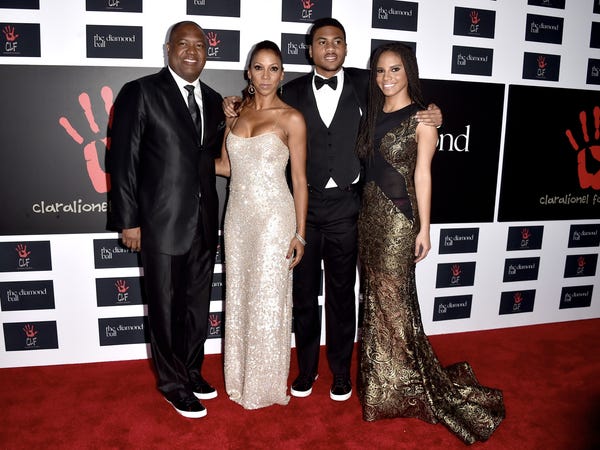 Actress Holly Robinson Peete has four children and each of them has food allergies, which include severe dairy and nut allergies.

The "21 Jump Street" star said that taking a hands-on approach helped her teach her children about living with the condition.

"As soon as they could talk," Peete told Popsugar in 2011, "they had to learn what foods they needed to be avoiding."