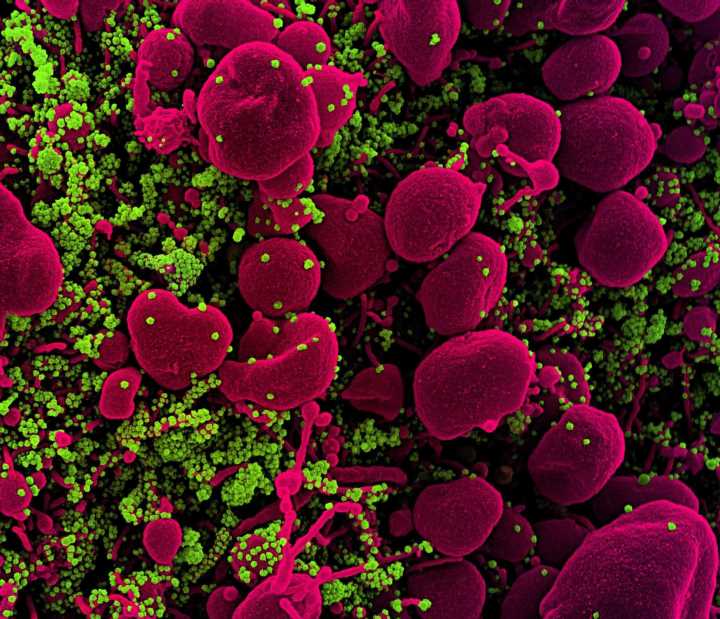 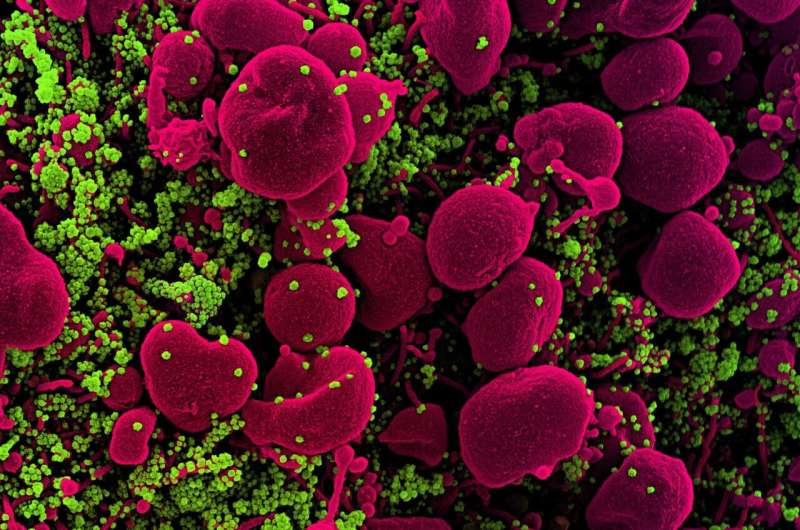 Two studies published in the open-access journal PLOS Pathogens provide new evidence supporting an important role for the immune system in shaping the evolution of SARS-CoV-2, the virus that causes COVID-19. These findings—and the novel technology behind them—improve understanding of how new SARS-CoV-2 strains arise, which could help guide treatment and vaccination efforts.

For the first study, Rachel Eguia of Fred Hutchinson Cancer Research Center in Seattle, Washington, and colleagues sought to better understand SARS-CoV-2 by investigating a closely related virus that has circulated widely for a far longer period of time: the common-cold virus 229E.

229E and SARS-CoV-2 are both in the coronavirus family, which features a “spike protein” that enables infection of human cells. A person who is infected with 229E develops an immune response against the spike protein that protects them from reinfection, but only for a few years. Whether reinfection then occurs because the immune response wears off or because 229E evolves to escape it has been unclear.

This analysis suggests that modern strains of 229E have accumulated spike protein mutations that enable them to evade older sera. These findings raise the possibility that SARS-CoV-2 and other coronaviruses could undergo similar evolution, and that COVID-19 vaccines may require periodic updates to remain effective against new strains.

The authors add, “The human common-cold coronavirus evolves over the span of years to decades to erode neutralization by human polyclonal serum antibodies. This work suggests that human coronaviruses undergo significant antigenic evolution that may contribute to eventual re-infections.”

For the second study, Sung Hee Ko of the National Institute of Allergy and Infectious Diseases in Bethesda, Maryland, and colleagues developed new technology for genetic sequencing of the SARS-CoV-2 spike protein, enabling detection of multiple SARS-CoV-2 strains that may be present at the same time within a single infected patient.

Previous studies have used standard sequencing methods to produce a single genetic sequence from an individual patient, obscuring the potential presence of multiple SARS-CoV-2 strains. By contrast, the new technology highlights virus diversity within each patient and enables tracking of the evolution of new SARS-CoV-2 strains during acute infection.

Indeed, when the researchers applied the new method to human respiratory samples, they found new SARS-CoV-2 variants arising within the same patient over the course of acute infection. The precise mutations in these variants suggest that they arose in response to selective pressure from the immune system.

Future application of the new technology could improve understanding of how the evolution of new SARS-CoV-2 variants within a single patient impacts their outcomes. The findings also suggest that patients might see greater benefits from early treatment with antiviral drugs capable of targeting multiple strains, than from delayed treatment with a single antiviral drug.

The authors add, “We used new technology to show that coronavirus variants with mutated spike proteins can arise early in the course of infection. Our results suggest more virus evolution in each person than previously thought, with potential implications for clinical outcomes and for the emergence of transmissible variant strains.”