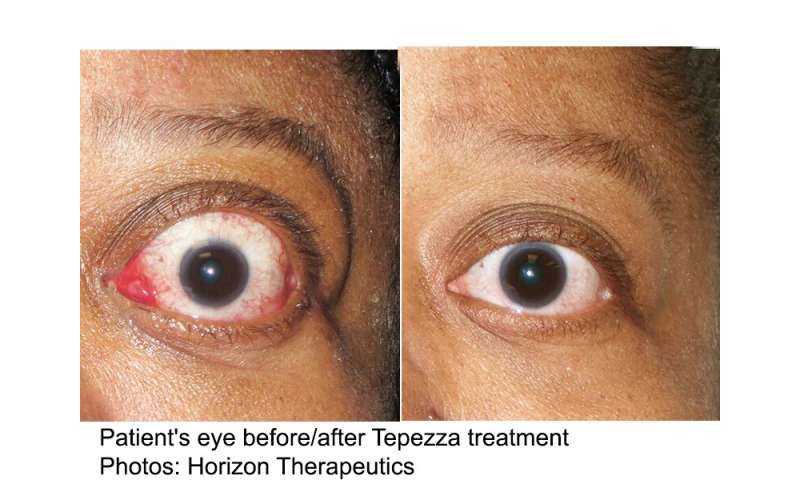 (HealthDay)—Teprotumumab is associated with better outcomes than placebo among patients with active thyroid eye disease, according to a study published in the Jan. 23 issue of the New England Journal of Medicine.

The researchers found that the percentage of patients with a proptosis response at week 24 was higher for teprotumumab than placebo (83 versus 10 percent), with a number needed to treat of 1.36. All secondary outcomes were significantly better with teprotumumab than placebo, including overall response, Clinical Activity Score of 0 or 1, mean change in proptosis, diplopia response, and mean change in the Graves’ ophthalmopathy-specific quality-of-life overall score. In six patients in the teprotumumab group, reductions in extraocular muscle, orbital fat volume, or both were seen. Adverse events were mostly mild or moderate in severity; in the teprotumumab group, two serious events occurred.

“The effect of teprotumumab was rapid for each outcome, which was evident at the first postbaseline assessment at week six, and the outcomes continued to improve over the 24-week treatment period,” the authors write.