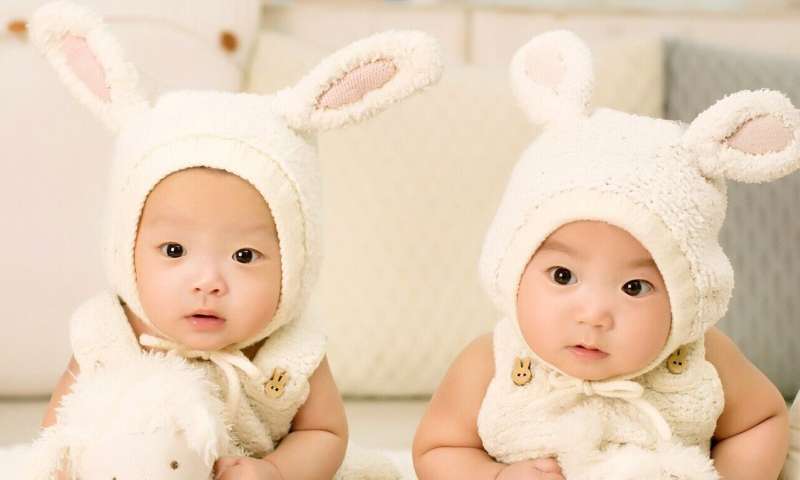 Your fingerprints stay the same all your life. But what about the “fingerprint” of microbial strains that are shared in the guts of childhood twins?

Using a genomics strain-tracking bioinformatics tool developed at the University of Alabama at Birmingham, researchers investigated whether those shared bacterial strains remain stable and resilient to changes in diet or environment after adult twins—who had lived together for decades—began to live apart.

The UAB study, published in the journal PLOS One, analyzed two metagenomic sequencing databases from pairs of twins—one for children who were still living together and the other from adult twins, ages 36 to 80, who then lived apart for periods from one to 59 years.

“Adult twins, ages 36 to 80 years old, showed that a certain strain or strains between a pair of twins was shared post-separation,” said Casey Morrow, Ph.D., professor emeritus in UAB’s Department of Cell, Developmental and Integrative Biology. “While we do not know the origin of these shared microbes in the twins, these results suggest the possibility of strains shared between non-cohabitating twins for decades. As a corollary to these studies, our studies establish a time line for stability of microbial strains in the human gut.”

The study used a strain-tracking bioinformatics tool previously developed by UAB, called Window-based Similarity Single-nucleotide-variant, or WSS. Hyunmin Koo, Ph.D., UAB Department of Genetics and Genomics Core, led the informatics analysis. The research generated about six terabytes of data, which was analyzed with the help of the Cheaha UABgrid supercomputer and the UAB Information Technology’s Research Computing group.

Morrow and colleagues have used this microbe fingerprint tool in several previous strain-tracking studies. In 2017, they found that fecal donor microbes—used to treat patients with recurrent Clostridium difficile infections—remained in recipients for months or years after fecal transplants. In 2018, they showed that changes in the upper gastrointestinal tract through obesity surgery led to the emergence of new strains of microbes, and in 2019, they analyzed the stability of new strains in individuals after antibiotic treatments.

The UAB researchers found significantly more shared strain pairs in child-aged twins who still lived together, as compared with adult twins after living apart for periods of time. Among the adult twins, those who had lived apart less than 10 years shared significantly more related strain pairs than twins living apart for longer periods, from 10 to 60 years.

Single-shared strains were seen in three twin sets who had lived apart between 22 to 54 years, but these sporadic shared strains did not show a correlation with the length of living apart.