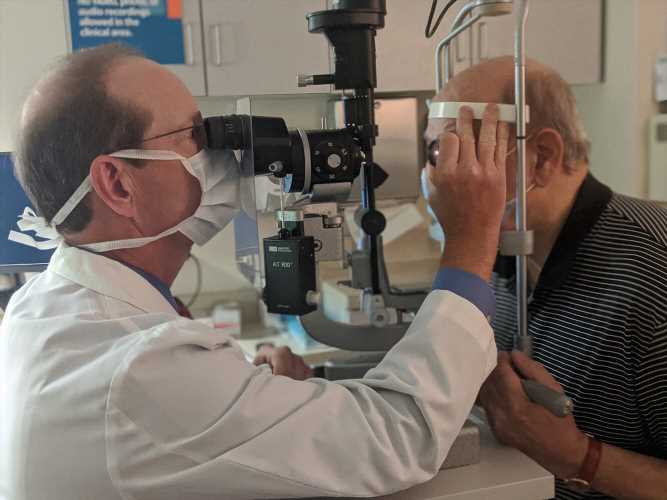 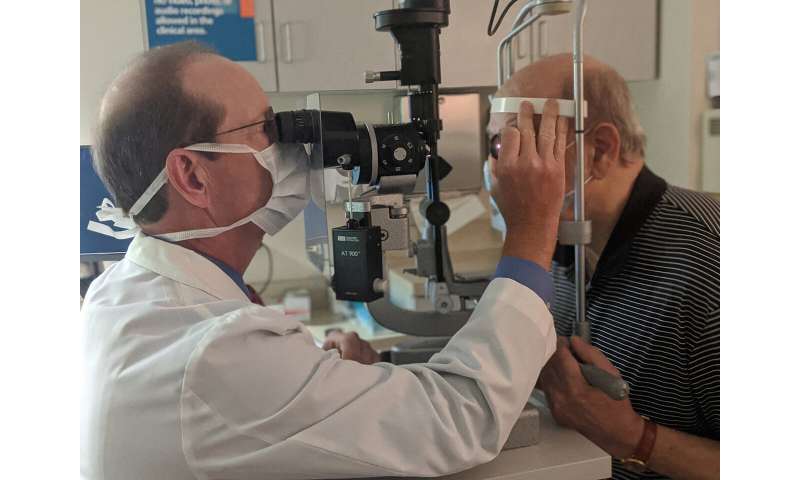 Surgical and injectable drug approaches are equally effective for treatment of bleeding inside the eye from proliferative diabetic retinopathy (PDR), according to a National Eye Institute (NEI)-supported clinical study from the DRCR Retina Network (DRCR.net). A consequence of diabetes, PDR involves the growth of new, abnormal blood vessels in the light-sensing retina. These blood vessels are prone to bleeding into the gel-like vitreous that fills the eye, causing vision loss. NEI is part of the National Institutes of Health.

Researchers compared anti-vascular endothelial growth factor (VEGF) eye injections versus removal of blood via vitrectomy surgery and laser photocoagulation. Both treatments improved central vision for the majority of participants, although approximately one-third of the participants needed both anti-VEGF injections and surgery. The findings will help guide treatment for people with bleeding in the eye from PDR. The results were published in the Journal of the American Medical Association.

“This clinical trial was an opportunity to compare two commonly used treatments for vitreous hemorrhage from proliferative diabetic retinopathy head-to-head. The results provide useful guidance for clinicians who are managing patients with this condition,” said Adam Glassman, Jaeb Center for Health Research, director of the DRCR.net coordinating center.

Vitrectomy surgically removes the blood from inside the eye. To prevent more blood vessels from forming, vitrectomy is usually paired with a laser treatment (laser photocoagulation). This treatment often restores central vision, but the laser treatment may reduce peripheral vision. More recently, NEI-supported trials found that anti-VEGF injections into the eye help control PDR and other diabetic eye complications. These drug treatments decrease the growth of blood vessels in the eye and prevent rebleeds while the blood in the vitreous is being absorbed.

“Over the past 15 years, the DRCR Retina Network has performed trials that have helped set the standard of care for diabetic eye disease,” said Jennifer Sun, M.D., Harvard University, Cambridge, Massachusetts, chair of Diabetes Initiatives for the Network. “There have been major advances in surgical technology and technique since the initial studies that evaluated surgical treatment of PDR. This latest DRCR Retina Network study lets us understand how outcomes in the modern era of retinal surgery compare to treatment with intraocular anti-VEGF injections for vitreous hemorrhage from PDR.”

In this new clinical study, the DRCR Retinal Network team compared these two standard treatments to see if either was more effective in improving visual acuity over two years. Of 205 participants, 100 were assigned an anti-VEGF drug, aflibercept (brand name Eylea), and 105 were assigned prompt vitrectomy and laser photocoagulation. The researchers tracked best corrected visual acuity over two years. At four weeks, visual acuity in the surgery group was significantly higher than the anti-VEGF group, but by 24 weeks, the visual acuity in the anti-VEGF group had caught up to the surgery group. Visual acuity was similar between the two groups out to two years. Approximately one in three participants in each group eventually received both types of treatments to help control their PDR during that time.

“This is a very common disease for patients with diabetes- particularly after living with diabetes over several decades. For patients who are experiencing visual loss from bleeding due to PDR, these strategies are both excellent treatments and can improve and then preserve visual acuity over six months to two years,” said Sun. “But there are some subtleties to this study that will help clinicians tailor their treatment plans for an individual patient.”

For people with severe bleeds or who need to improve their vision quickly, surgery results in more rapid improvement, Sun said. But for people who cannot receive surgery or prefer to avoid surgery if possible, anti-VEGF treatment still leads to equivalent visual outcomes over the long term.

“About a third of our study participants ended up needing both treatments,” said Glassman, “so we think it’s critical that people continue to follow up with their clinicians after starting treatment for PDR, because they may need to adjust their treatment along the way to get the best outcome.”