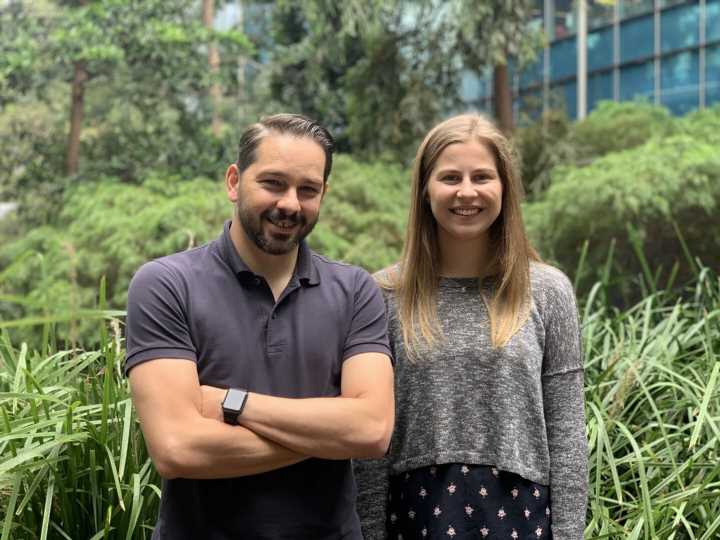 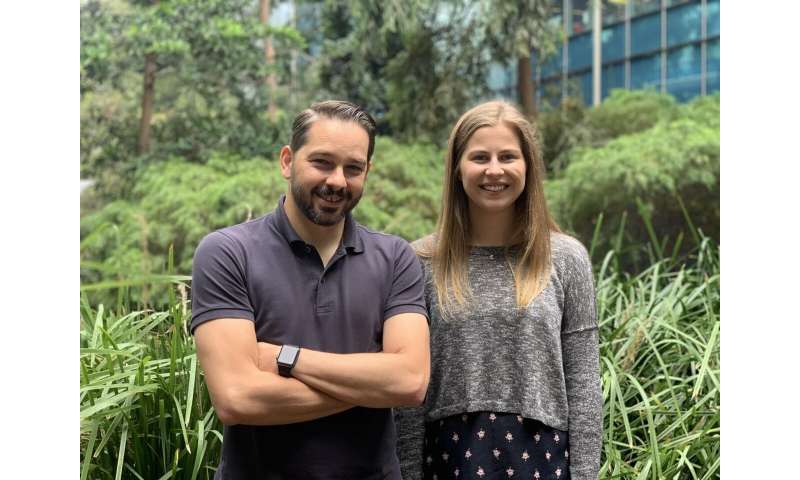 The protein STING (Stimulator of Interferon Genes) is a critical component of the body’s innate immune defence system, but can also contribute to chronic autoimmune and autoinflammatory diseases.

Monash Biomedicine Discovery Institute (BDI) researchers led by Dr. Dominic De Nardo have discovered the mechanism behind one of two signalling arms involved in the cGAS-STING pathway. Their findings, published in Cell Reports today are important for the field and have significant implications for therapeutic targeting of this pathway.

Beyond being a major component of the host innate immune response to viral infection, the cGAS-STING pathway has also been implicated as a key player in a number of cellular and disease processes, including autoimmune disease (e.g. Aicardi-Goutières syndrome and forms of lupus), autoinflammatory conditions, neurodegenerative disorders and cancer.

It is being exploited in cancer immunotherapies, with research in preclinical models showing that STING activation primes the host’s immune system to kill cancer cells.

Once activated, the cGAS-STING pathway has two major outcomes. One is the well-defined type I interferon (IFN) response, which helps combat viruses. The second outcome is a cytokine response, mediated by NF-kappaB, which is important for generating the inflammatory response that counteracts infection and helps the body get back to homeostasis.

“But no-one really knew exactly how these cytokines were being made,” Dr. De Nardo said.

Dr. De Nardo, Group Leader in the Department of Anatomy and Developmental Biology, became curious after reading research papers on the STING interferon response that only briefly mentioned the cytokine response in “throwaway lines”.

“As someone who very much likes to understand mechanisms thoroughly, I thought the work in the literature hadn’t gone far enough,” he said.

“It was an interesting ‘unknown’; we thought we should fill in this knowledge gap”.

The two signalling arms of the cGAS-STING pathway were thought to be mediated by a single upstream kinase, TANK binding kinase (TBK1). Using a new approach to knockout TBK1 from preclinical models, the researchers demonstrated that TBK1 was essential for the interferon response—consistent with what was known. However, they found that the absence of TBK1 did not affect cytokine production, which was still robust.

They then discovered that a closely related TBK1 homologue, I-kappa-B kinase epsilon (IKK-epsilon), when knocked out, also had no effect on cytokine production. However, knocking out both TBK1 and IKK-epsilon together resulted in the loss of both the interferon and the cytokine response.

“That basically told us that the mechanism that drives the second cytokine pathway depends on both proteins, but that they act redundantly—if one’s missing the other one does the job,” Dr. De Nardo said.

“That was why other researchers hadn’t worked this pathway out yet; they didn’t delve as deeply as we did,” he said.

“We basically described a new model for this pathway, which is exciting.”

“What we’ve done is redefine the pathway that leads to cytokine production downstream of cGAS-STING,” Dr. De Nardo said.

“It’s also significant from the perspective of treating people who might have diseases related to this protein.”

The researchers are now examining the mechanisms involved in greater detail.

“It has been really exciting to unravel some of the details surrounding STING signalling and I look forward to continue to expand on these findings,” Ms Balka said.