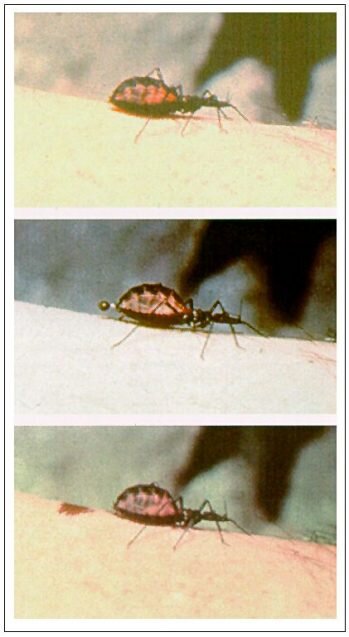 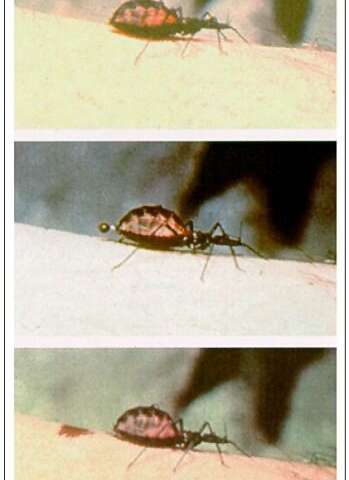 Today, January 30th 2020, is the inaugural World Neglected Tropical Diseases day. For the first time, global community leaders, health experts, civil society advocates, and policymakers have united to raise awareness about neglected tropical diseases (NTDs), in hopes of removing the “neglected” label from the group’s name. But what are these NTDs, and why are they neglected?

NTDs are a mixed group of parasitic and bacterial diseases that disproportionately affect impoverished and under-represented minority groups around the world. Some examples of these diseases include soil-transmitted helminthiasis (caused by parasitic worms such as hookworm), trachoma, Chagas disease, leishmaniasis, and schistosomiasis, among others. These diseases affect 1.5 billion people, so they are not rare diseases, just hidden in the local and global agendas. Moreover, although NTDs cause a high disease burden in low- and middle- income countries, they also impose an under-appreciated burden in wealthier nations. The World NTD day can help lift the veil, to not only advocate for political and financial commitments in the battle against NTDs, but also celebrate the successes achieved so far in reducing the burden of these diseases.

The United Nations’ 2030 Agenda for Sustainable Development includes promoting human health and well-being globally, recognizing the clear link between human health and sustainability. Poverty is considered the main structural determinant of NTDs because of its influence on living conditions and access to health services. Moreover, the burden created by these diseases feeds back into the social and economic situation, and combines with other determinants that generate health inequalities (such as gender and ethnicity) to keep the affected individuals and demographic groups in a poverty trap.

Here, I want to bring the attention to Chagas disease, which was the focus of my dissertation research. Chagas disease is one of the main NTDs affecting vulnerable communities in Latin America. Mild cases include swelling, fever, diarrhea, and vomiting. Longer-lasting cases can cause heart failure and cardiac arrest.

Chagas disease is caused by a parasite called Trypanosoma cruzi and it is transmitted by insect vectors from the subfamily Triatominae. Through Latin America and the southern U.S., different species of Triatominae with different behaviors can transmit the disease, and they go by different common names. Here in the U.S., they are commonly known as “kissing bugs.” They are blood-sucking bugs with mostly nocturnal habits; the parasites are present in the insect’s feces and as the bug feeds, it simultaneously defecates on the person (or animal) that is biting. Then, the parasite can infect the host through the lesion left behind by the bite. It doesn’t seem very efficient, and yet it infects 5 million people in Latin America, according to the last regional epidemiological update by WHO, which is based on 10-year-old data. There are other ways in which people can get infected with the parasite: from mother to child during pregnancy, blood transfusion and through food contaminated with triatomine feces. In endemic areas, triatomine insects remain the main transmission route.

Chagas disease presents a disproportionately high disease burden on indigenous communities and poor rural peasants in the Gran Chaco eco-region extending over Argentina, Bolivia and Paraguay, where approximately 60 percent of infected people from Latin America come from. Particularly, a third of new cases transmitted by the triatomine vector in endemic areas occur in Bolivia and Argentina. During 2012-2017, I focused my dissertation work in this region, more specifically in rural communities of the Argentine Chaco region, mostly inhabited by indigenous communities. Although in the Argentine Chaco the overall prevalence of human infection with the parasite that causes Chagas disease has declined over the last 60 years, it remains high (27.8-71.1 percent) in rural communities. Access to diagnosis and treatment is one of the remaining challenges for sustainable control of Chagas disease in endemic areas, but also sustainable control of the vector needs to be achieved to prevent future infections.

We knew that there was a strong and positive association between vector abundance in the houses and the risk of infection in the householders, but how was this modified by their socio-economic conditions? And how can we use this information to better direct vector control actions and active case detection? Those are some of the questions that I aimed to answer in this research project.

The first challenge was to measure socio-economic status in communities under structural poverty. Understanding poverty as a dynamic and multidimensional process (as opposed to a merely lack of resources) requires introducing the concept of social vulnerability, which considers the “defenselessness, insecurity, and exposure to risks, shocks and stress” experienced by households. However, in the context of low- and middle-income countries, socio-economic inequalities have been studied using proxy indicators such as educational attainment and household ownership of assets, which at best partially capture the full complexity of poverty. As a first step, we developed a social vulnerability index using methods from economics to measure the socio-economic status of the household. In an article published in Parasites and Vectors, we found that indigenous and migrant households had a higher social vulnerability compared to non-indigenous households, and that was associated with an increase in infected vectors in the house.

As a second step, we wanted to know how the vector abundance and the social vulnerability interacted to determine the actual risk of infection for householders. For this purpose, we conducted blood tests in the population, and we found that infection was more prevalent in indigenous people compared to non-indigenous people and that it increased both with the abundance of infected vectors and with household social vulnerability. We also found that the social factors modulated the effect of the abundance of infected vectors; vulnerable-household residents were exposed to a higher risk of infection even at low infected-vector abundance, and human mobility within the area determined a lower and more variable exposure to the vector over time. These results are described in a recent paper published in PloS NTD.

As a final step, we integrated these results in a risk map that showed high-priority areas. The approach we used can help identify the groups that are most at risk within apparently uniformly impoverished rural communities. The social vulnerability index may be adapted to identify the most vulnerable households affected by multiple health burdens.

Although the approach proposed here can be applied more broadly, there is no universal protocol of intervention with respect to the determinants of health of NTDs. Intervention strategies oriented to reduce the impact of NTDs must be tailored to specific social contexts, capacities and resources available, in order to maximize their impact and cost-effectiveness. The synthetic approach that we used to assess socio-economic inequalities provides key information to tailor and guide targeted vector control actions, case detection and treatment of Chagas disease, and facilitate the integration with other health burdens, toward sustainability of interventions and greater reduction of health inequalities.