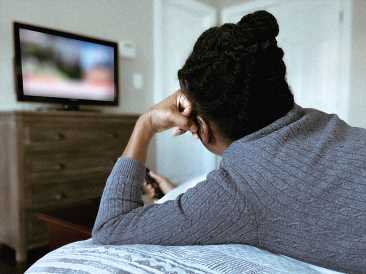 A recent study has found associations between the time we spend in front of some devices and certain negative health outcomes. 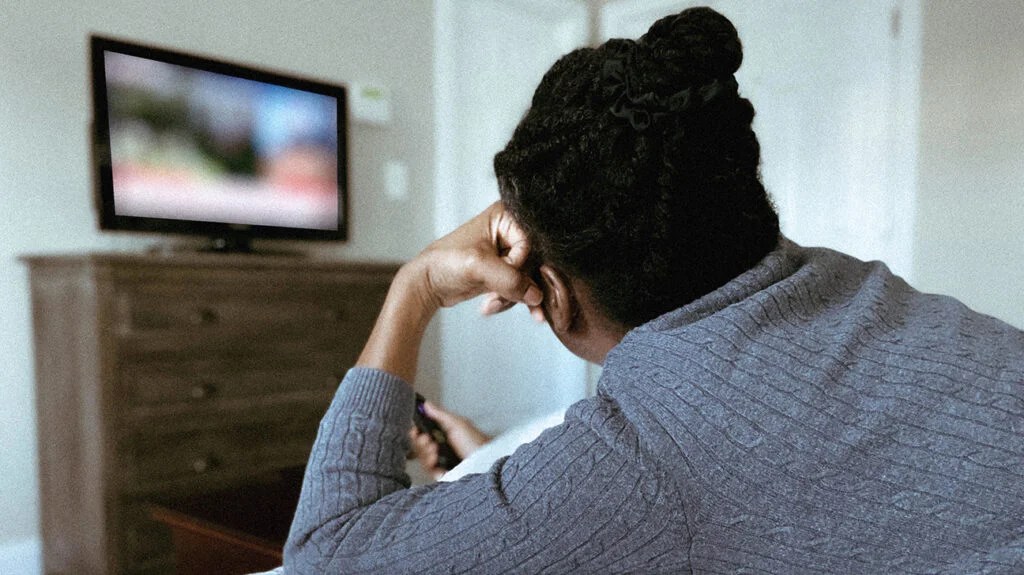 New research has found links between the amount of time that people spend in front of some screened devices and various negative health outcomes.

The study findings, which appear in the journal BMC Public Health, lay the groundwork for future research to explore these associations in more detail.

Throughout the 20th century, television spread across the globe, becoming an important part of many people’s lives.

Significant amounts of research have explored the associations between watching TV for prolonged periods of time and various health outcomes.

For example, scientists have found links have between significant TV watching and obesity and type 2 diabetes, as well as abnormal glucose metabolism.

Part of the explanation for these links lies in the association between prolonged periods of time spent in front of the TV and less healthful eating habits, such as eating more fast foods or items that typically contain higher levels of salt, sugar, and saturated fat.

Although TV is still a central part of many people’s leisure time, there are now many other types of screens competing for our attention. These include computers, tablets, and smartphones.

If there is an association between prolonged TV viewing and negative health outcomes, the question arises: Does this association also apply to excessive use of other screened devices?

“A lot of screen time-related literature has primarily focused on television. But with the advancement of all these other types of devices that people use throughout the day, we wanted to see how health behaviors and factors are associated with a variety of screen-based devices.”

Wharton and team produced an 18-question survey and sent it to 978 adults in the United States who owned a TV and at least one other device with a screen.

After excluding some respondents for incorrectly filling in the survey, the researchers had 926 responses.

The team categorized the participants’ screen time as light, moderate, or heavy use.

The research showed that people who exhibited heavy use of screened devices — that is, those who had a median screen time of 17.5 hours per day — had the worst health-related characteristics and dietary patterns.

These users tended to eat fewer fruit and vegetables and more sweets and fast foods. They also tended to have the least physical activity, get the least sleep, have the worst sleep quality, and experience the greatest perceived stress (compared with those with light or moderate screen use).

The researchers also found that overuse of different types of devices also had associations with diet and health characteristics.

People with heavy TV and smartphone use said that they had worse dietary patterns and health characteristics than people who spent a lot of time in front of computers, tablets, or devices connected to a TV.

The team also found that watching many episodes of a show or many different shows in quick succession was associated with poor dietary patterns and increases in self-perceived stress.

Is the relationship causal?

Although the study identified associations between screen time and health outcomes, precisely how or why this happens is less clear.

For example, while watching TV for an excessive amount of time could be a marker of sedentary behavior — which, in turn, could worsen a person’s health — it might also be that those with worse health are more likely to spend more time in front of screens.

For the study authors, the results suggest that there could be “a constellation of diverse factors that adversely impact health, perhaps differentially by type of screen.”

Therefore, they call for further research to build on their findings and identify what type of relationship there may be between screen time, the use of different screened devices, and health outcomes.

For Wharton, the findings are particularly pertinent given people’s physical distancing during the COVID-19 pandemic.

“I worry when people say, ‘Now is the time to re-up your Netflix subscription. What else are you going to do?’” says Wharton. “I would flip that on its head and say, ‘Oh my gosh, now is the time to think about all the things to do other than sit in front of screens.’”

“COVID is really bringing this into crystal-clear focus, that our lives are fully mediated by screens. They were before, they especially are now. I think it’s a good time to think about what a healthy but technologically plugged-in life could look like where screens aren’t the only way in which we interact and do everything in our life, but instead are just a small side component of everything else that we do,” he adds.

“We are nowhere near a conclusion like that, but I think we need to get there because screens have come to dominate us, and they drive real problems in our health.”