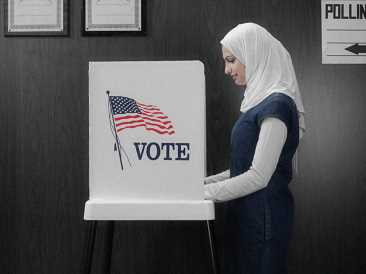 According to some recent surveys, almost half of all United States citizens who are eligible to vote do not report to their polling stations to cast their ballots. In this Special Feature, we look at some of the psychological explanations behind voter apathy. 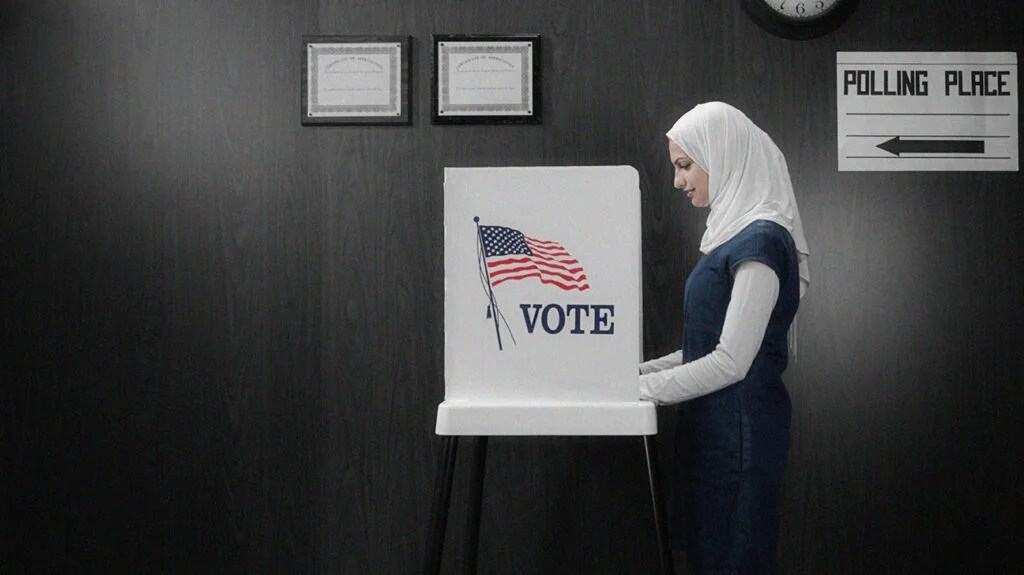 Earlier this year, the Knight Foundation — who are a U.S.-based nonprofit — publicized the data they collected through The 100 Million Project. This is a large survey that aims to get to the root of why so many U.S. individuals choose not to vote.

The Knight Foundation note that in the 2016 U.S. presidential election, around 43% of eligible voters did not cast their ballots.

To find out why this was, The 100 Million Project surveyed “12,000 chronic nonvoters nationally and in 10 swing states,” as well as “a group of 1,000 active voters who consistently participate in national elections and a group of 1,000 young eligible voters (18–24 years old).”

Based on the respondents’ answers, the Knight Foundation observed some common themes among many nonvoters. For example, they tended to lack conviction that their votes would count and feel under-informed about current social issues.

In this Special Feature, we delve deeper into the psychology around voting and not voting to find out more about the driving factors behind civic engagement.

If you would like to check your registration status or register to vote, we have added some useful links at the bottom of this article.

First of all, who is most likely to vote? In terms of demographics, women have consistently had a higher turnout than men, and older adults are more likely to vote than younger adults.

Although many issues, including health status, can influence whether or not a person decides to cast their vote, when it comes to psychological factors, things seem to be getting increasingly complicated.

The field that studies the psychology of voting and not voting is called “electoral psychology,” and it looks at the factors that may influence an individual in their voting choices and whether or not they choose to vote at all.

Such factors may include questions of personal identity, ethics, and emotional responses.

One of the psychological characteristics that researchers have traditionally linked with a likelihood to vote is altruism.

According to a study by Prof. Richard Jankowski, from the Department of Political Science at the State University of New York at Fredonia, “weak altruism is the single most important determinant of the decision to vote.”

In his study, Prof. Jankowski used data from the National Election Survey Pilot Study in 1995 to see if he could find a link between various measures of “humanitarianism” and voter turnout.

He found that people who demonstrated “weak altruism” — that is, those who are likely to engage in a certain act if it is likely to benefit someone else or at least cause no harm to someone else — were the most likely to cast their vote in elections.

Other research also hypothesizes that, besides giving them a strong sense of civic duty, people may also choose to vote in order to maintain their social standing and connections.

A 2016 study in the British Journal of Political Science seems to confirm that idea. Its authors found that civic engagement, including activities such as voting, tends to be viewed in a positive social light.

Because of this, people may feel motivated to vote so as to reap the social reward of being well regarded by their community.

On the other hand, which characteristics might correlate with a sense of apathy around civic engagement, including voting?

In the book The American Nonvoter, Profs. Lyn Ragsdale and Jerrold Rusk — who are two political scientists from Rice University in Houston, TX — delve into that question.

Looking at events from U.S. history that speak of the public’s political disengagement, Profs. Ragsdale and Rusk point out that an increased mistrust in politicians and their decisions led to “disillusionment over government legitimacy” in the context of the Vietnam War.

“This mistrust […] led to an increase in nonvoting,” they write.

Overall, Profs. Ragsdale and Rusk argue that the sense of uncertainty that voters experience during a political campaign can affect voter turnout during elections.

“[The book’s] central premise is that uncertainty in the national campaign context affects how many people do not vote and who does not vote,” they explain.

However, a 2017 study in the California Journal of Politics and Policy argues that mistrust in politicians or the government is not the only, or even the best, predictor of nonvoting behavior.

Looking at data collected through statewide surveys in 2012–2014 by the Public Policy Institute of California, the study authors found a stronger correlation between nonvoting behavior and political disengagement.

In other words, people who were less likely to be interested in politics were also less likely to vote. However, the study authors were unable to establish whether or not this relationship was causal and, if so, in what direction the causality might flow.

According to the Behaviour Change Advisory Group of the British Psychological Society, there are also some other factors that researchers have linked to voter apathy.

These include “diffusion of responsibility,” which refers to a person’s tendency to think that other people are better qualified to make certain decisions, and “evaluation apprehension,” which means that a person is afraid of being judged negatively for their actions.

However, the Behaviour Change Advisory Group also note that there are often multiple psychological factors at play that may influence nonvoting behavior.

“Many other studies in political psychology have looked at other reasons and factors that might affect voters’ behavior, such as self-efficacy (a person’s belief in their ability to succeed in specific situations or accomplish a task), personality (conscientiousness and emotional stability), stress, voting history and habit, and even the location of voting can exert subtle influences.”

As to what might change a person’s attitude to voting and motivate them to cast their ballot during elections, studies have zeroed in on a few key factors — all of which amounts to creating a positive emotional experience and reinforcing social bonds.

A study from 2011, for instance, suggests that people are more likely to vote again if they feel a sense of accomplishment as given by an expression of gratitude from their community.

Study author Prof. Costas Panagopoulos — who is a political scientist at Northeastern University in Boston, MA — conducted a series of “gratitude experiments,” in which a random subset of eligible voters received postcards that either encouraged them to cast their ballots in an upcoming election or expressed thanks that they had voted in a previous election.

“Making people feel good by reinforcing the notion that society is grateful for their participation in the political process reminds people that they have a role to play and reinforces their willingness to be responsive,” he explained in an interview.

However, the prospect of social shame can also motivate people to demonstrate more civic engagement.

“The experimental findings suggest shame may be more effective than pride on average,” he concluded.

Finally, a 2012 study in the journal Nature also suggested that close social ties are important in influencing whether or not people choose to vote.

In this study, the investigators noticed that people were more likely to attend the polling station on election day if people they were close to had also expressed the intention to vote.

Nevertheless, although a person’s psychology may indeed have a say in whether or not they choose to vote, factors related to social inequality and disempowerment weigh even more heavily as obstacles in the way of participating in this democratic process.

Paradoxically, a first step toward addressing these inequities may simply be this: voting.

To check your voter registration status, click here to visit the website of VoteAmerica, a nonprofit, nonpartisan organization dedicated to increasing voter turnout. They can also help you register to vote, vote by mail, request an absentee ballot, or find your polling place.