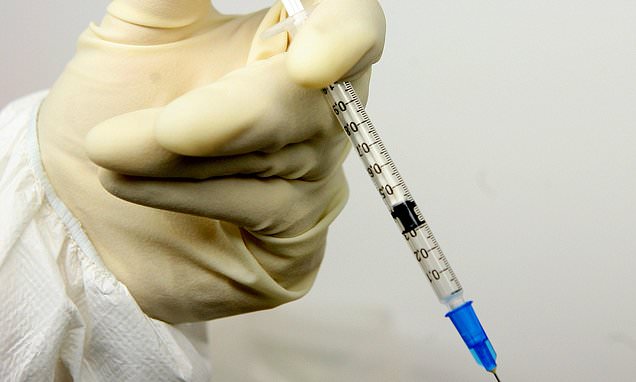 Mumps cases in England are the highest they have been in a decade and are set to worsen.

Many of the infected are young adults at university or college, where outbreaks have become common.

They may have missed their jabs as children because their parents believed antivaxx claims made by the disgraced doctor Andrew Wakefield.

Research by Wakefield in 1988 made false links between the MMR (measles, mumps and rubella) vaccine and autism.

Public Health England (PHE) said its never too late to have both doses of the MMR vaccine which offers maximum protection. 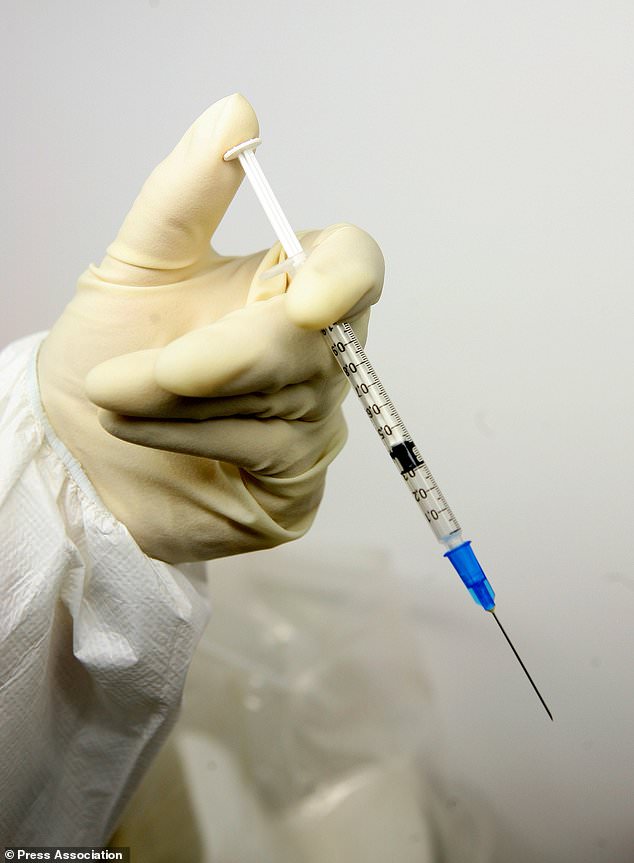 There were 5,042 recorded cases of mumps in England in 2019 – the highest level in a decade (Katie Collins/PA)

There were also increases in mumps cases in Scotland and Wales in 2019.

A large number were born in the late 1990s and early 2000s, and had missed out vital vaccines as children.

They are dubbed the ‘Wakefield cohort’ because its possible parents refused their jabs because of circulating antivaxx claims made by Wakefield.

In 1998, doctor Andrew Wakefield led a study that linked the MMR vaccine to autism.

Mumps is a viral infection which spreads in the same way as colds and flu – mostly through the saliva of people who are infected.

Around two thirds of patients develop symptoms and they may take 14 to 25 days to develop after someone is exposed to the virus.

The most common symptom is swelling of the parotid glands (saliva glands) at the side of the face, and people may also suffer from fever, headache, feeling sick, joint pain, and a loss of appetite.

People concerned they might have mumps should see a doctor because the symptoms can be similar to other serious infections such as tonsillitis or glandular fever and, if it is confirmed to be mumps, patients should avoid spreading it.

Many people in the UK are likely to be immune to mumps because it is included in the MMR vaccine, which most people are given when they’re children.

Although most people recover from mumps without any serious side effects, the virus can lead to complications including swelling of the pancreas or liver, and even meningitis.

There is no cure for mumps and therapy relies on relieving its symptoms.

His work was subsequently discredited and he was struck off, but uptake of the vaccine dropped to about 80 per cent in the late 1990s and a low of 79 per cent in 2003.

The MMR (measles, mumps and rubella) jab was introduced in 1988, and has reduced cases of all three viruses since.

Measles, mumps and rubella are highly infectious conditions that can have serious, potentially fatal complications, including meningitis, swelling of the brain and deafness.

Mumps is most recognisable by the painful swellings in the side of the face under the ears, giving a person with mumps a distinctive ‘hamster face’ appearance.

Most of the time, it goes away on its own without any harm. But it can lead to meningitis if it moves to the brain, or swelling of the testicles or ovaries.

Two doses are given for free on the NHS – once to babies at one years old, and once before starting school at around three years old.

Dr Vanessa Saliba, of PHE, said it it never too late to catch up on immunisation.

‘We encourage all students and young people who may have missed out on their MMR vaccine in the past to contact their GP practice and get up to date as soon as possible,’ she told the BBC.

As well as mumps, there has been a rise in cases of measles in the UK since 2016.

In 2018, there was a marked increase in the number of confirmed measles cases, with 991 confirmed cases in England and Wales, compared with 284 cases in 2017.

The UK has lost its ‘measles-free’ status as a result, which was obtained in 2016.

Figures released by PHE estimate that more than 30,000 five-year-olds in England – around one in 19 – may still need to receive their first dose of MMR.

Around 90,000 in England may still need to get their second dose of MMR – almost 30,000 of these children are in London.

In 1995, gastroenterologist Andrew Wakefield published a study in The Lancet showing children who had been vaccinated against MMR were more likely to have bowel disease and autism.

He speculated that being injected with a ‘dead’ form of the measles virus via vaccination causes disruption to intestinal tissue, leading to both of the disorders.

After a 1998 paper further confirmed this finding, Wakefield said: ‘The risk of this particular syndrome [what Wakefield termed ‘autistic enterocolitis’] developing is related to the combined vaccine, the MMR, rather than the single vaccines.’

At the time, Wakefield had a patent for single measles, mumps and rubella vaccines, and was therefore accused of having a conflict of interest.

Nonetheless, MMR vaccination rates in the US and the UK plummeted, until, in 2004, the editor of The Lancet Dr Richard Horton described Wakefield’s research as ‘fundamentally flawed’, adding he was paid by a group pursuing lawsuits against vaccine manufacturers.

On January 6 2011, The British Medical Journal published a report showing that of the 12 children included in Wakefield’s 1995 study, at most two had autistic symptoms post vaccination, rather than the eight he claimed.

At least two of the children also had developmental delays before they were vaccinated, yet Wakefield’s paper claimed they were all ‘previously normal’.

Further findings revealed none of the children had autism, non-specific colitis or symptoms within days of receiving the MMR vaccine, yet the study claimed six of the participants suffered all three.