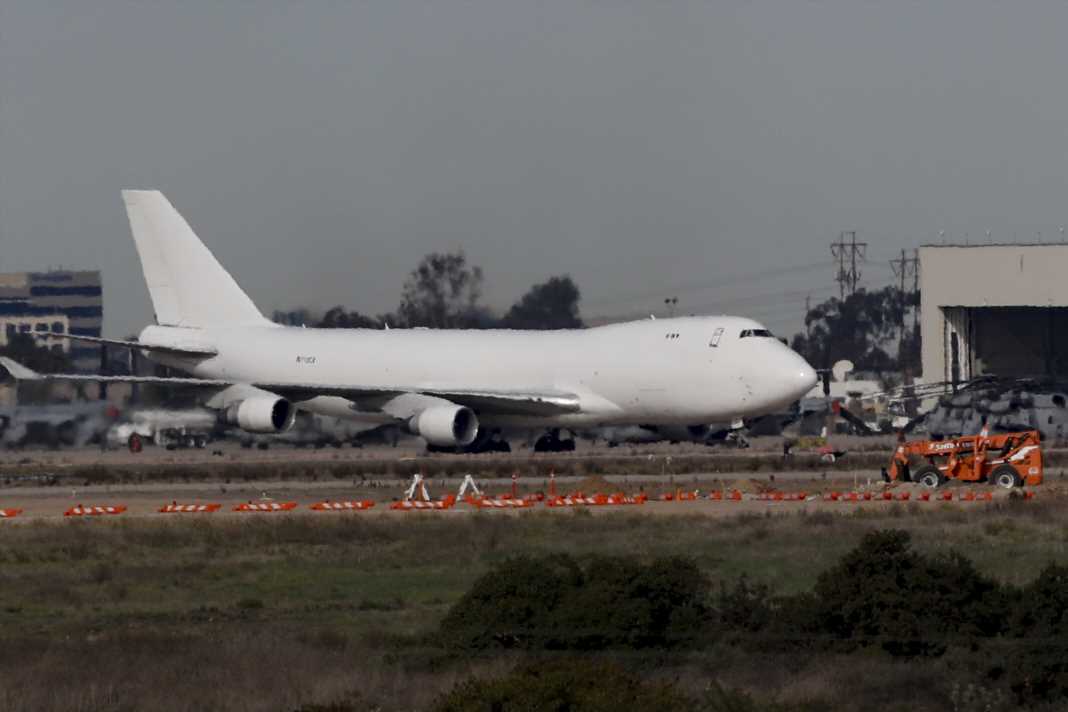 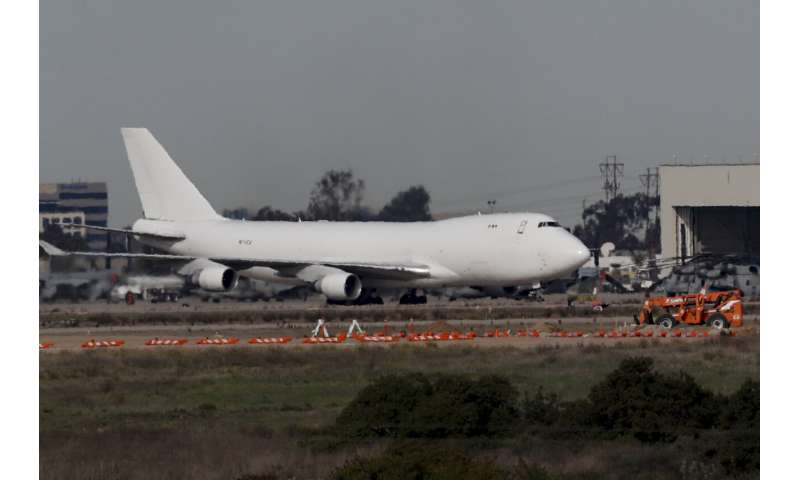 Nearly 200 evacuees prepared Tuesday to end their two-week quarantine at a Southern California military base where they have been living since flying out of China during a deadly viral outbreak.

None of those who flew into March Air Reserve Base have tested positive for the novel coronavirus, health authorities said, although one evacuee at another base had been found to have the highly infectious virus and was in hospital isolation.

The group, which includes children, arrived Jan. 29, taking a chartered flight from Wuhan. The locked-down city of 11 million is the epicenter of the virus that has claimed more than 1,000 lives worldwide.

The group—which set up classes and activities to make the most of their time—had a party Monday and planned to gather for a photo before heading out, said Matthew McCoy, one of the evacuees.

In the United States, there have been only 13 confirmed cases, including seven in California, according to the U.S. Centers for Disease Control and Prevention and other health officials.

Fear of the disease has led to “unacceptable” treatment of others who work at March Air Reserve Base, Dr. Cameron Kaiser, public health officer for Riverside County, said in an open letter to the community on Monday.

The evacuees, which include U.S. State Department workers and their families, were isolated from base personnel and weren’t permitted to leave a fenced quarantine area, Kaiser said.

“People on and off the base are not at increased risk for exposure,” Kaiser said. 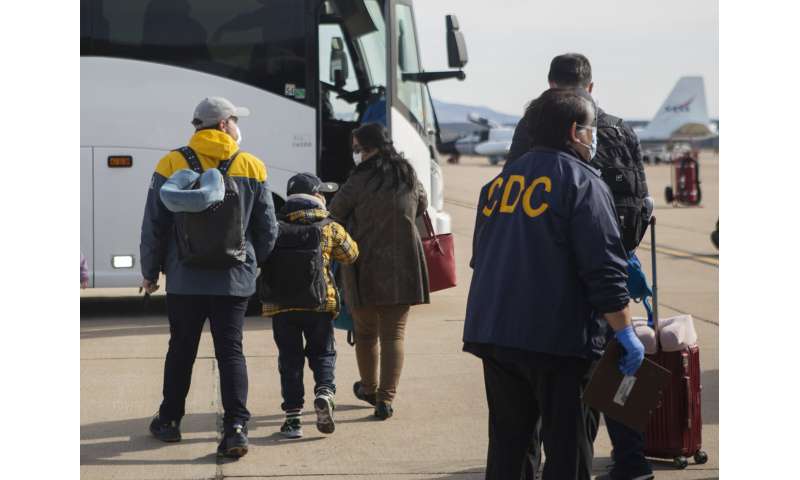 “There have been comments made that have been hurtful—both in person and on social media—that are often based on incorrect or incomplete information,” Kaiser said. “A few base workers have even been accosted in uniform. This is not acceptable, and needs to stop.”

The FBI and Los Angeles County Sheriff’s Department are investigating the online posting of a fake document last month asserting the novel coronavirus was detected in the city of Carson, California. The realistic-looking document had the official logos of Los Angeles County Public Health, the Centers for Disease Control and Prevention and the World Health Organization, and has been strongly denounced by local officials.

Carson Mayor Albert Robles said in Jan. 30 press release that it was a criminal act by a “racist perpetrator” trying to cause division “in Carson’s multi-cultural diversity.”

Hundreds of evacuees in the past two weeks were flown to military bases in California, Texas and Nebraska, where most are still quarantined. With one exception, none have tested positive for the novel coronavirus, health authorities said. That exception was an evacuee who flew into Marine Air Station Miramar in San Diego last week.

The adult and three other evacuees had been in hospital isolation after showing symptoms of the virus but on Sunday, federal health officials said they had tested negative and they were sent back to the base, where they joined more than 200 people.

On Monday, however, CDC officials informed county health officials that “further testing revealed that one of the four patients tested positive” and was returned to hospital isolation. Another evacuee from Miramar also was hospitalized for evaluation Monday afternoon, UC San Diego Health said in a statement.

“Both patients are doing well and have minimal symptoms,” the statement said.

Five evacuees taken to Travis Air Force Base, located between San Francisco and Sacramento, were hospitalized after showing symptoms of the virus but no cases have been confirmed, authorities said.