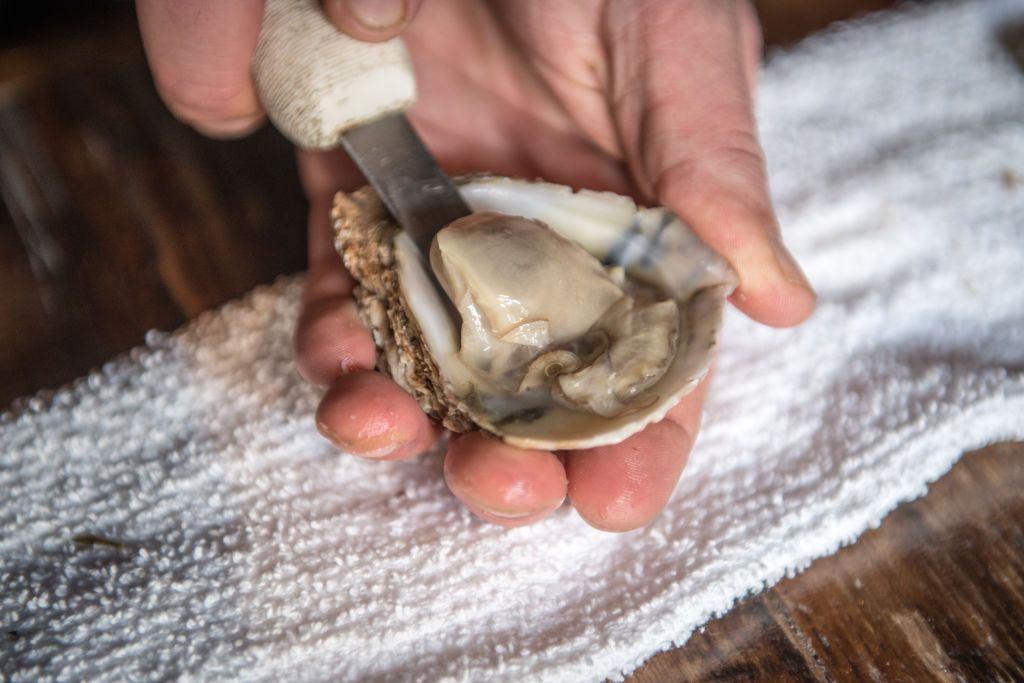 A man in Indiana developed a life-threatening infection with “flesh-eating” bacteria after eating raw oysters, according to news reports.

The 50-year-old, Patrick Baker, who lives in Anderson, Indiana, bought the oysters from a store and ate them raw, according to The Herald Bulletin. A few days later, he started to experience flu-like symptoms, and he developed purple blisters on his legs, along with pain, The Herald Bulletin reported.

Baker was taken to the hospital, where he was diagnosed with necrotizing fasciitis, a severe bacterial infection that destroys skin and muscle tissue. He needed emergency surgery in both legs to treat the infection and remove dead tissue, The Herald Bulletin reported.

His infection was due to Vibrio vulnificus, a bacterium that lives in coastal waters and is particularly abundant between May and October, when the water is warmer, Live Science previously reported.

People can become infected with Vibrio bacteria by eating raw or undercooked shellfish, which include oysters, according to the Centers for Disease Control and Prevention (CDC). People can also become infected if they have open wounds on their skin that are exposed to brackish or salt water, or if they have wounds that are exposed to undercooked seafood, its juices or its drippings, the CDC says.

—10 bizarre diseases you can get outdoors

—Woman dies after eating raw oysters: What are vibrio bacteria?

Vibrio bacteria cause about 80,000 illnesses and 100 deaths each year in the United States, according to the CDC. Most people who contract Vibrio from raw oysters experience only diarrhea and vomiting, and those with milder cases typically recover in about three days. But in some people, more serious illness can occur, resulting in bloodstream infections and severe blistering skin lesions. Many people who develop wound infections with V. vulnificus require intensive care or limb amputations, and about 20% die, according to the CDC.

People are more likely to develop an infection if they have a weakened immune system, particularly from chronic liver disease, the CDC said.

Baker spent three weeks on life support, according to The Herald Bulletin. Now, he is receiving rehabilitation therapy at the hospital, and his doctors are hopeful that he will not need limb amputations, The Herald Bulletin reported.

To prevent infection with V. vulnificus, the CDC recommends that people do not eat raw or undercooked shellfish, and that they avoid contact with salt or brackish water if they have open wounds.

Rachael has been with Live Science since 2010. She has a master’s degree in journalism from New York University’s Science, Health and Environmental Reporting Program. She also holds a B.S. in molecular biology and an M.S. in biology from the University of California, San Diego. Her work has appeared in Scienceline, The Washington Post and Scientific American.