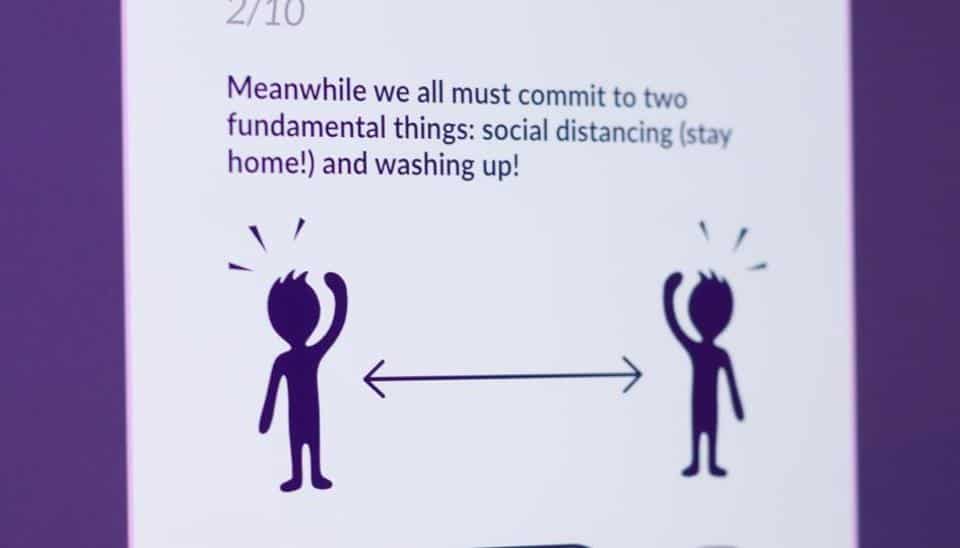 Continuing social distancing, and other precautionary measures like the use of face masks, and handwashing, could possibly help in avoiding the need for future lockdown, according to a modelling study performed by the Barcelona Institute for Global Health (ISGlobal), an institution supported by the “la Caixa” Foundation.

The findings, published in Nature Human Behaviour, also show that, in countries that have not yet reached the peak of active cases, lockdowns must remain in place for at least 60 days and deconfinement must be gradual in order to decrease the risk of second waves.

Several countries that initially imposed strict lockdown measures to limit the spread of SARS-CoV-2 are in the process of lifting them. However, how and when to ease the restrictions is a difficult decision – a delicate balance between the need to reactivate the economy and the risk of a second wave of infections that could overwhelm healthcare systems.

“The problem is that assessing this risk is difficult, given the lack of reliable information on the actual number of people infected or the extent of immunity developed among the population”, explained Xavier Rodo, head of ISGlobal’s Climate and Health programme.

In this study, Rodo’s team presents projections based on a model that divides the population into seven groups: susceptible, quarantined, exposed, infectious not detected, reported infectious and confined, recovered, and death. It also allows to simulate both the degree of population confinement and the different post-confinement strategies.

“Our model is different because it considers the return of confined people to the susceptible population to estimate the effect of deconfinement, and it includes people’s behaviours and risk perception as modulating factors”, explained Xavier Rodo.

“This model can be particularly useful for countries where the peak of cases has not yet been reached, such as those in the Southern hemisphere. It would allow us to evaluate control policies and minimise the number of cases and fatalities caused by the virus” explained co-author and ISGlobal researcher Leonardo Lopez.

The use of face masks, hand hygiene, and ‘shelter in place’ mandates have already demonstrated benefits. The aim of this study was to quantitatively evaluate their relevance as containment strategies.

The results clearly show that the length of the first confinement will affect the timing and magnitude of subsequent waves and that gradual deconfinement strategies always result in a lower number of infections and deaths, when compared to a very fast deconfinement process.

In Spain, where the deconfinement was fast for half of the population and gradual for the rest, individual behaviour will be key for reducing or avoiding a second wave.

The results show that, even in countries that do not have the resources to test and trace all cases and contacts, social empowerment through the use of masks, hand hygiene, and social distancing, is key to stopping viral transmission.

Simulations also show that loss of immunity to the virus will have significant effects on the spacing between epidemic waves – if immunity has a long duration (one year instead of a few months), then the time between the epidemic waves will double.

The model considered total lockdowns and used data available until May 25, but did not take into account a possible effect of temperatures on viral transmission.