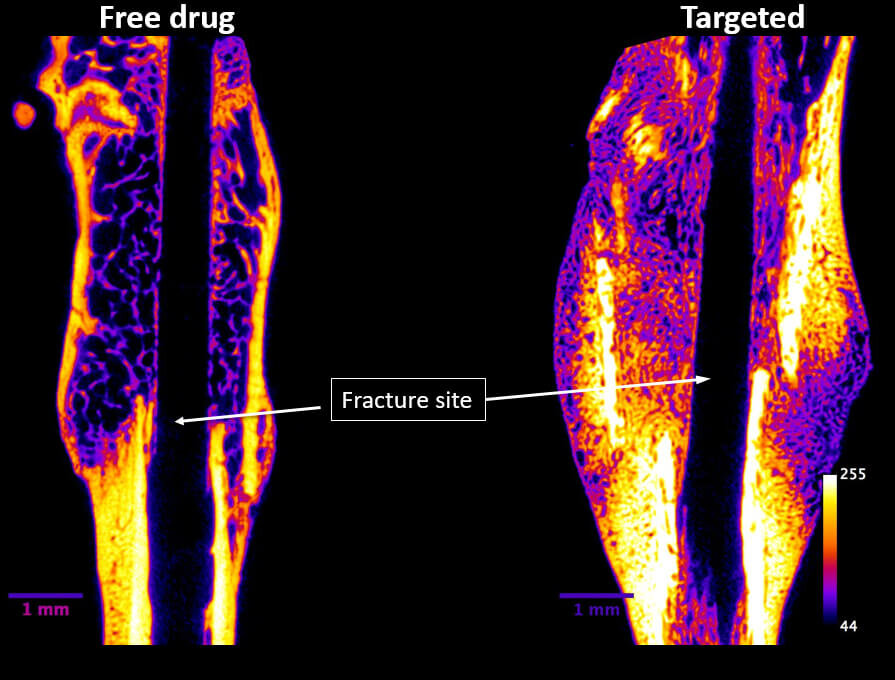 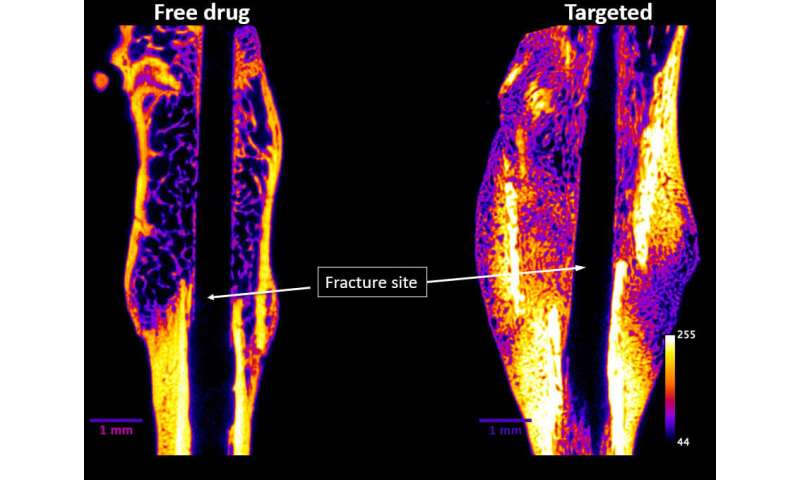 One in three adults aged 60 and over suffering from a hip fracture dies within one year. Now, a Purdue University-affiliated startup is moving closer to the start of clinical trials for a novel injectable drug that is targeted to heal broken bones faster and strengthen weak bones.

The Purdue University discovered drug, NOV004, from Novosteo Inc. is unique in that it concentrates at the fracture site while reducing exposure to the rest of the body.

Novosteo, the startup developing the drug, was co-founded by father-son team Philip S. Low, the Presidential Scholar for Drug Discovery and the Ralph C. Corley Distinguished Professor of Chemistry, and Stewart A. Low, the company’s CSO and Visiting Scholar in Purdue’s Department of Chemistry. The treatment was developed in the Purdue laboratory of Low in the Purdue Institute of Drug Discovery. Currently there are 288 clinical trials performed or in process using Purdue-developed medical treatments at 4,841 sites across the globe.

Scott Salka, who recently joined the startup as executive chair, will use his 28 years of experience as a biotechnology entrepreneur to help Novosteo move its innovations from the laboratory to clinical trials and ultimately in to the hands of doctors and patients.

“We have been working on some amazing science with people truly dedicated to making a difference in reducing the mortality and improving the quality of life for our aging population,” said Salka. “We have completed preclinical studies with NOV004 and are looking to take it to clinical trials later this year.”

As CEO, Salka has successfully led efforts to advance novel drugs through preclinical and early clinical development, most recently at publicly traded Ampliphi, now Armata NYSE: ARMP. Prior to that he founded and served as CEO for both Ambit Biosciences, acquired by Daiichi Sankyo OTC: DSNKY, and Rakuten Medical.