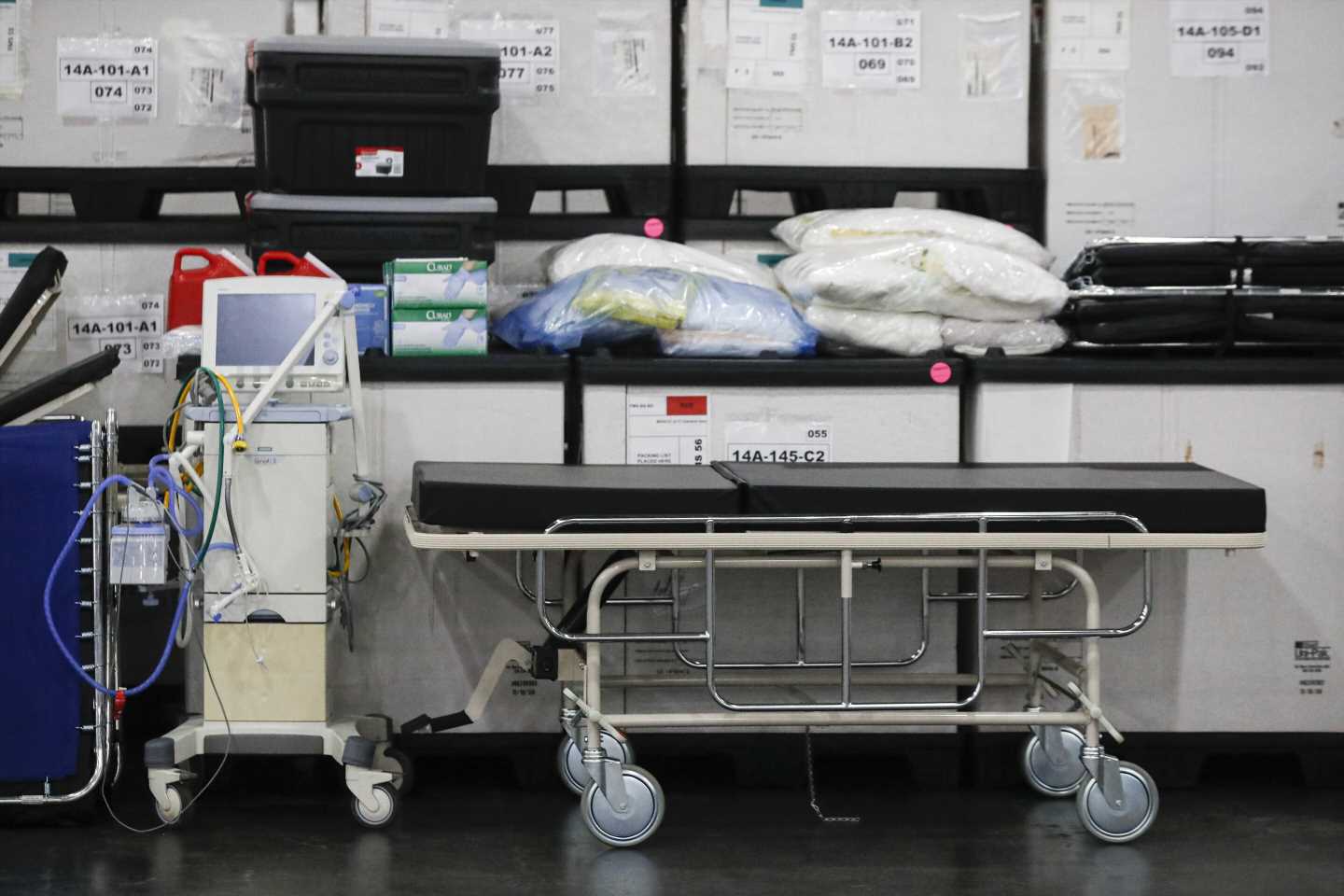 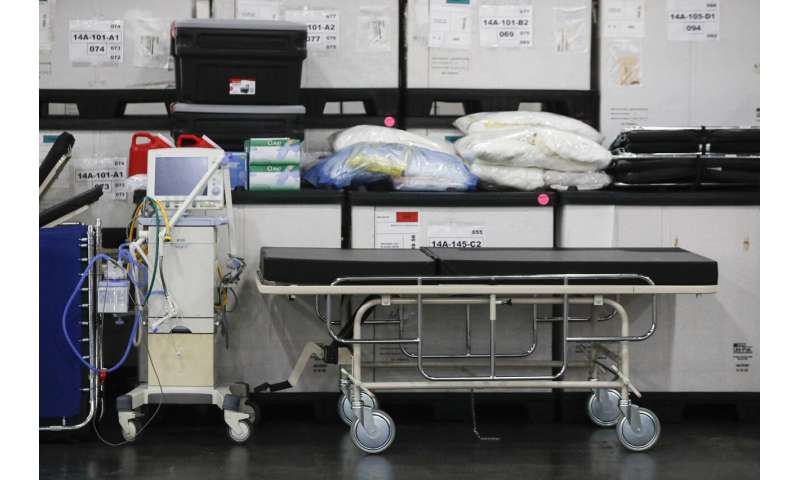 A nurse with asthma, a grandfather with cancer and a homeless man with no known family are wracked with coronavirus-induced fevers. They are struggling to breathe, and a ventilator could save their lives. But who gets one when there aren’t enough to go around?

Health care workers are dreading the prospect of such dire scenarios as U.S. hospitals brace for a looming surge in patients who need breathing machines and other resources that could soon be in critically short supply.

That has meant dusting off playbooks they’ve never before had to implement on how to fairly ration limited resources during an emergency.

“I pray for their good judgment and their capacity as they make very difficult choices,” said Erik Curren, whose 77-year-old father died this month from respiratory complications related to the virus after becoming infected at an assisted living home in Florida.

Harrowing scenarios already are unfolding in country after country hard-hit by the COVID-19 pandemic, including Spain, where one nursing home official said sick residents are dying after being unable to get into overflowing hospitals.

Like much of the rest of the world, ventilators that help people breathe are in particular demand across the U.S., given the respiratory problems common among people severely ill with COVID-19.

As many as 900,000 coronavirus patients in the U.S. could need the machines during the outbreak, according to the Society for Critical Care Medicine. Yet the group estimates the country has only 200,000, many of which already are being used by other patients.

In New York, the U.S. epicenter of the outbreak, one city hospital has already logged 13 coronavirus deaths in a single day and officials are setting up hundreds of hospital beds in a sprawling convention center as cases climbed past 30,000 in the city.

In preparation, health officials across the country are reviewing guidelines from sources including state governments and medical groups on how to ration limited resources in emergencies.

The general principle spanning those plans: Bring the most benefit to the greatest number of people and prioritize those with the best chance of recovery. But exactly how that’s determined is fraught.

Automatically excluding certain groups from receiving ventilators, such as those with severe lung disease, invokes ethical issues, said Dr. Douglas White at the University of Pittsburgh. Many hospitals seeking guidance on COVID-19 in recent weeks have adopted a policy he devised without such exclusions, he said.

Guidelines previously developed by New York state’s health department exclude some seriously ill people from receiving limited ventilators in major emergencies, but note that making old age an automatic disqualifier would be discriminatory. The plans go on to add, however, that given the “strong societal preference for saving children,” age could be considered in a tie-breaker when a child’s life is at stake.

Recommendations published this week by German medical associations in response to COVID-19 also say age alone shouldn’t be a deciding factor. Among the situations where they said intensive care should not be provided if availability is in short supply: if the patient would need permanent intensive care to survive.

The crushing emotional burden of carrying out potentially life-and-death decisions is why the guidelines typically designate separate triage teams to make the call, rather than leaving it to the doctors and nurses providing bedside care.

“This is a really terrifying decision—you don’t want any doctor or nurse to be alone with this decision,” said Nancy Berlinger of the Hastings Center, a bioethics research institute.

Having separate teams make decisions also is intended to ensure patients get a fair shot at care regardless of their race, social status or other personal factors.

Berlinger noted that underlying social inequities can still persist—for example, poorer people tend to be sicker—but that those are deeper injustices that can’t be remedied in the throes of a pandemic.

Another grim calculation that experts say hospitals could make is how long a patient might need a hospital bed or ventilator and how many more lives the machine might otherwise save. That would help forestall an even more wrenching decision many doctors in the U.S. likely have never faced—whether to take a patient off a machine to free it up for others.

The norms don’t apply in the current crisis and taking precious resources away from one patient to save others in a pandemic “is not an act of killing and does not require the patient’s consent,” said a paper addressing the COVID-19 emergency published last week in the New England Journal of Medicine.

The authors noted that patients and their families should not be shielded from the realities and should be warned in advance of the possibility their loved one could be taken off a machine.

Hospitals should also prepare alternatives for those who don’t make it to the top of the list for limited resources, such as stocking up on morphine, said Philip Rosoff of Duke University’s Trent Center for bioethics.

It’s not yet known how dire the crisis in the U.S. will get. Last week, Dr. Deborah Birx, the White House coordinator for the coronavirus response, sought to calm fears, noting there’s no evidence yet that a hospital bed or ventilator won’t be available for Americans when they need it. Even in New York, she said, beds are still available in intensive care units and a significant number of ventilators aren’t being used.

But what’s happening overseas has health care workers around the world preparing for worst-case scenarios.

In France and Spain, hospital and nursing officials say nursing home residents who come down with symptoms of coronavirus are not necessarily admitted to intensive care.

In hard-hit regions, “they are hospitalized only when there is a chance to save them,” said Marc Bourquin of the French Hospital Federation.

Jesús Cubero, general secretary of AESTE, an association of nursing homes, said some residents end up dying after being unable to get into full hospitals.

In northern Italy, Dr. Luca Lorini at the Pope John XXIII hospital in hard-hit Bergamo, compared how patients are being triaged to people waiting for an organ transplant.

“One heart and 10 people who are waiting for a heart transplant. Who gets the heart? The one who has the greatest chance of living better and longer with that heart,” he said.

In the U.S., the rapidly multiplying cases is creating fear that hospitals could soon be overwhelmed.

“The fact that we’re in a situation that one day we may not have enough ventilators is terrible and unacceptable,” said Zachary Shemtob, whose husband has been sedated and on one of the machines at NYU Langone hospital since testing positive for the virus.

Curren, the Virginia man whose father died of COVID-19 last week, said he wouldn’t fault health-care workers for any of the agonizing decisions they may have to make in coming weeks—and trusts that they have the training to do so.