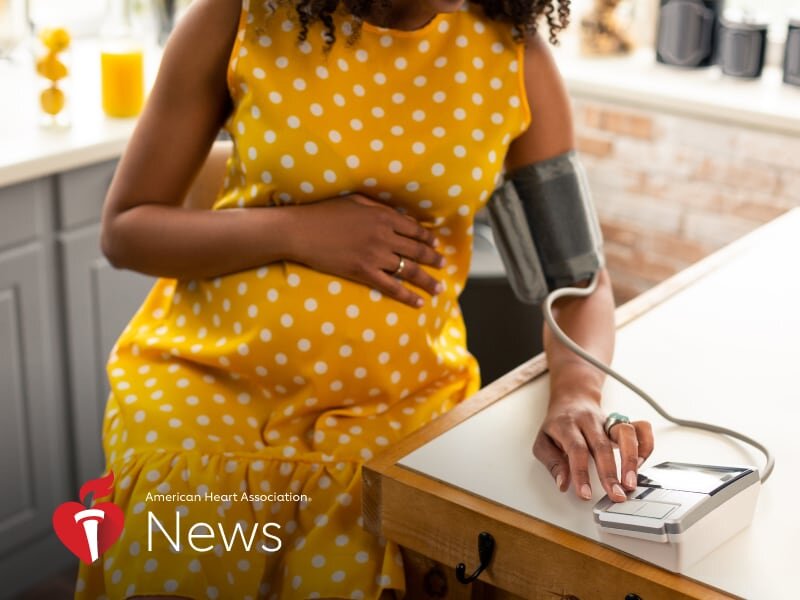 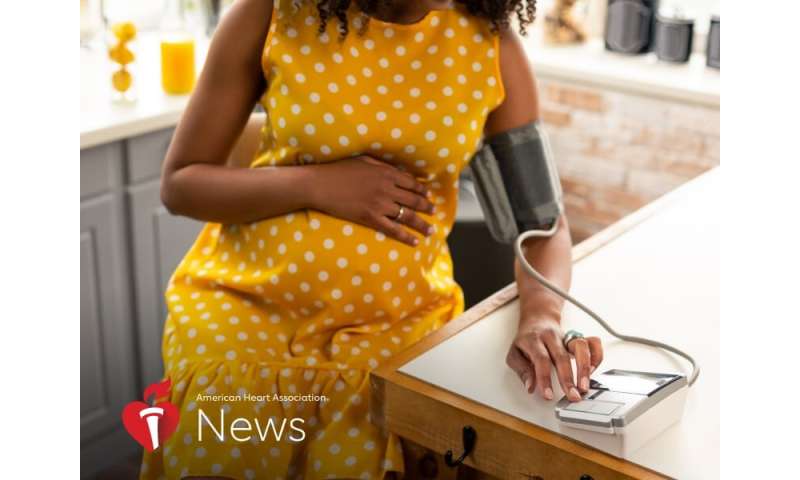 Mothers who have high blood pressure are more likely to have babies with slightly different-shaped hearts, a finding that could impact future cardiovascular care for those women and their children, according to a new study.

The research, published Thursday in the Journal of the American Heart Association, adds a new layer of understanding to how pregnancy complications affect prenatal and postnatal heart health.

Past studies have shown premature birth and low birth weight may affect how an infant’s heart forms. The new research looked at the prenatal experience—whether high blood pressure, also called hypertension, among pregnant women also might affect the shape of babies’ hearts.

Researchers from the United Kingdom studied data from 134 mothers and their “term” babies, born after 37 weeks of pregnancy. Overall, 54 mothers had normal blood pressure and 80 had a diagnosis of preeclampsia, or pregnancy-induced hypertension. The infants’ hearts were measured by echocardiogram at birth and 3 months.

At birth, the babies born to moms with high blood pressure had differences in right ventricle size. At 3 months, the walls of their heart showed thickening.

“These findings suggest that children born to mothers with pregnancy hypertension have differences in their heart from very early in development,” said Paul Leeson, who led the study. “This may be relevant to their heart function as they get older, and to their risk of developing high blood pressure.”

The research, however, was limited by its observational nature.

“It is very difficult to know whether the changes we saw are directly caused by the higher levels of blood pressure during pregnancy or, for some reason, are just more likely to occur in families who are at risk of pregnancy hypertension,” said Leeson, professor of cardiovascular medicine at the University of Oxford in England.

“Also, so far, we only have studied these children during the first six months of life, so we don’t know whether these changes will persist into later life and potentially relate to risk of later disease.”

Kent Thornburg, who wasn’t involved in the research, said it was limited by the relatively small number of participants and the technological limitations of the echocardiogram.

Still, he called the results “a big find.”

“It’s the first time it’s been shown definitively that mothers who have high blood pressure are likely to have babies whose heart anatomy is slightly different,” said Thornburg, chair of cardiovascular research and a professor of medicine at Oregon Health & Science University in Portland. “That’s important because we think heart muscle (changes) make it more likely that that heart will be susceptible to heart disease later in life.”

Leeson said he and his colleagues are conducting new research on children who took part in the study. Those children, now between 5 and 8 years old, are undergoing more detailed studies of their hearts, brains and exercise capacity. Researchers are then comparing the changes to that of their siblings.

“This will help us understand how their cardiovascular system develops during childhood, and whether the early changes we saw persist into later life,” Leeson said.

He and his team also are planning another study looking at how managing a mother’s blood pressure during and after pregnancy might improve their child’s cardiovascular health.

Thornburg said he’d liked to see a larger study of babies’ hearts comparing three groups of pregnant moms: one group with preeclampsia, another with hypertension alone, and a third group with neither.

He said he hopes the current study will convince pediatricians to be proactive in monitoring children of moms who had high blood pressure during pregnancy.