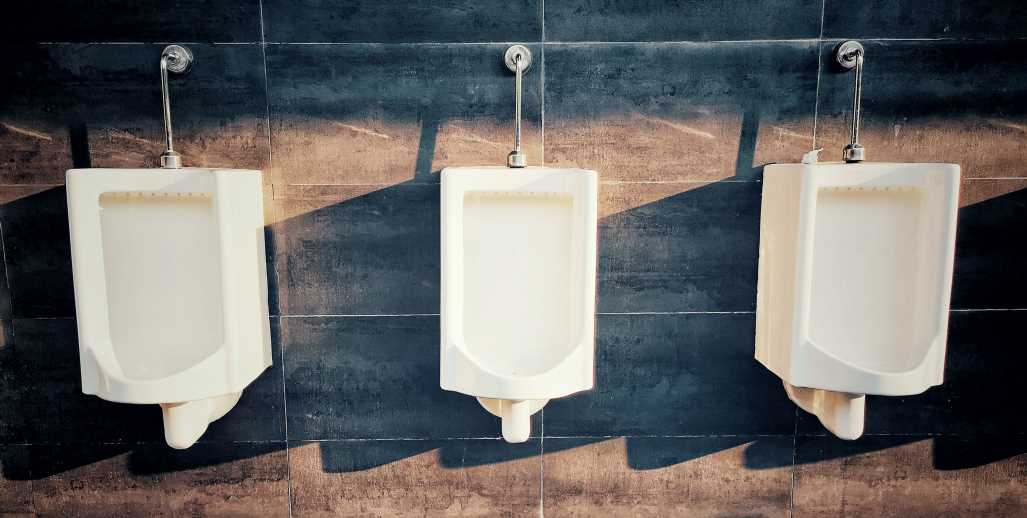 “I’m in my late 20s and I still have issues getting the job done at urinals,” wrote one Reddit user recently. “If there are other people around I don’t even bother. It has become an inconvenience in various situations, especially bars.” He asked male commenters to share how they were able to get past their own “pee shyness,” and they responded in droves.

“Waiting until the problem is urgent does help,” said griffinsknight7. “Doing multiplication tables in my head helps (because the key is to relax – it’s linked to social anxiety and feeling subconsciously unsafe, I think). And doing it more often helps. It gets worse if I haven’t used a public restroom in a while.”

Another commenter, Fitznuttz30, recommended distraction tactics. “Here’s the trick: stare at the tiniest imperfection on the wall or tile, or just stare in admiration of how straight that grout line is. That will take the focus off your shyness and let the stream flow.”

It’s true that shyness or self-consciousness are often a cause of shy bladder syndrome; the problem stems from the individual being either consciously or unconsciously unable to relax their pelvic floor enough to open up the neck of the bladder. So any advice that helps you to relax or take your mind off the imminent situation could be helpful.

Other recommendations on the thread were a little more… esoteric. Like this suggestion from AntiSocialInjustice: “I can’t say for sure if this little trick will help anyone else, but it has been a game changer for me. When you have to go but the lil man ain;t havin it: TAP THE HEAD. Tap the head. Sometimes I gotta tap it for a couple seconds, but inevitably this always works for me. I sincerely hope this works for y’all and would be grateful to hear how real life trials go.”

And plenty of guys said that they’ve never found a direct solution to their shy bladders when they’re stood at a crowded urinal, but that it doesn’t matter as long as the rest room has stalls.

“Stall is superior in every single way regardless – i use the stall even if there aren’t people,” said BurningOrangeHeaven. “I hate using the zipper hole, so i always just unbutton my pants or pull down my shorts.”