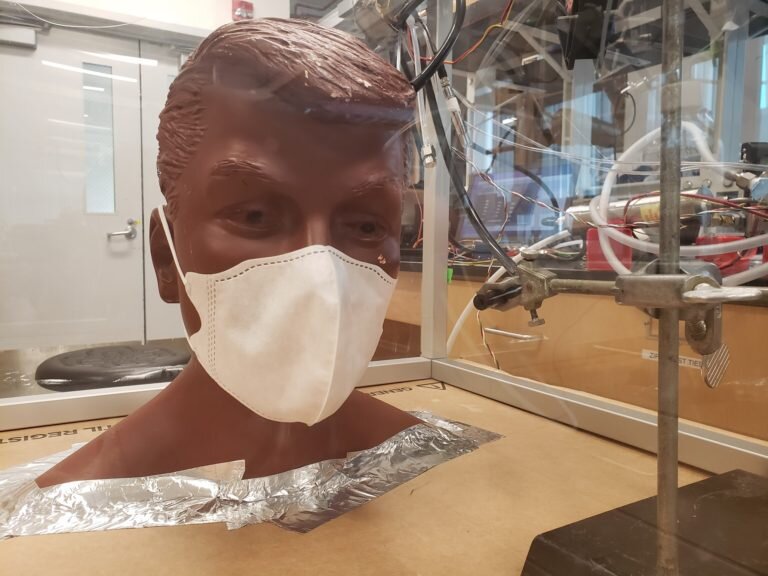 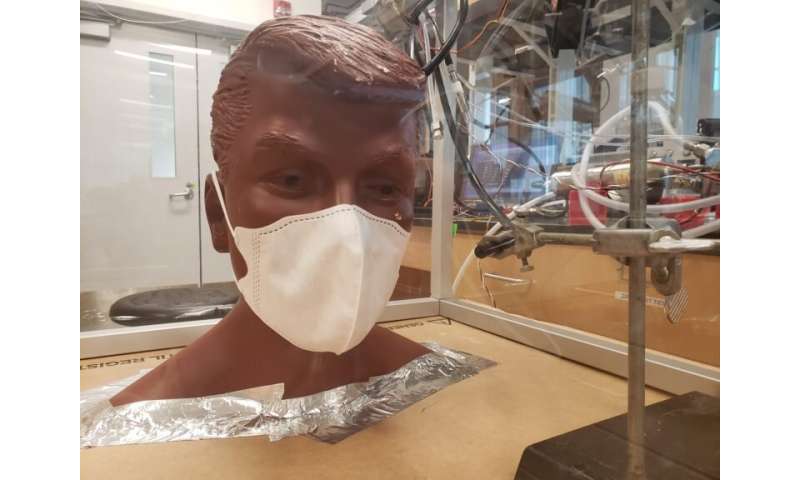 The air that pours into your lungs when you breathe travels, on average, at about 10 centimeters a second. But it’s often not just air you’re breathing. There can be dust, pollen, soot and bacteria in air, and now, floating inside the droplets that people emit when they cough and sneeze and talk, there can be the coronavirus.

“Even as much as singing and talking apparently have the capability of generating small particles that can be used as carriers for this virus,” says James Smith, UCI professor of chemistry, an aerosol expert who studies how things like dust and water droplets behave in the air.

Medical masks, he explains, can help stop these droplets. But with masks in such short supply that people are sewing their own, and with a raft of do-it-yourself mask-making videos emerging online, a team of UCI researchers led by Smith assembled to figure out how to make masks that are safe to use and that anyone can craft at home. They’ve already discovered that “things like bandanas—a common item people might use as a mask—are only effective at stopping the kinds of large droplets emitted when someone sneezes,” Smith says.

“Every day, I open up the news and I see another story about masks, about homemade masks, and about filtration in general, and I see a lot of misinformation about it,” he says. His team will post more findings alongside mask-making instructions on a new website. 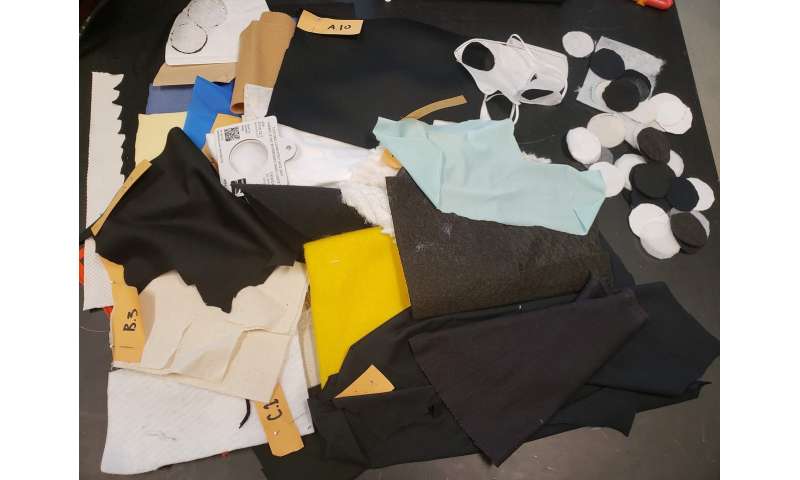 The researchers applied for funding from the university but are getting to work before it arrives. “We couldn’t wait,” says Smith, whose aim is to use what he knows about aerosols to test how effective different kinds of household materials are at filtering out airborne particles like virus-laden water droplets. “I was so anxious to throw my hat in the ring. I was keen to see if I could make some kind of difference.”

Now, in his lab in the basement of Rowland Hall, there are two figures: Smith and what appears to be a man’s head locked inside a Plexiglas box. It’s the head of a mannequin, delivered last week by co-investigator Michael Kleinman, UCI adjunct professor of medicine. Smith is using it to simulate air flowing through the mannequin’s nose at the same average speed that we inhale air—about 10 centimeters a second. He straps everyday household fabrics such as furnace filters, bedsheets, pillowcases and bandanas to the mannequin’s face and, after fitting a breathing tube into the mannequin’s throat, injects particles into the box and measures the efficiency with which each material filters them. Smith employs a mannequin so he can mimic how air flows into the nose and to make sure the masks that he and his team devise will actually fit around a human face.

So far, they’ve tested more than 50 kinds of fabric. “What we’re trying to do is develop a simple-to-build mask that does a really good job of filtering,” Smith says. “Our best luck has actually been using a furnace filter made of nonwoven polypropylene that I pulled out of my garage and cut up.”