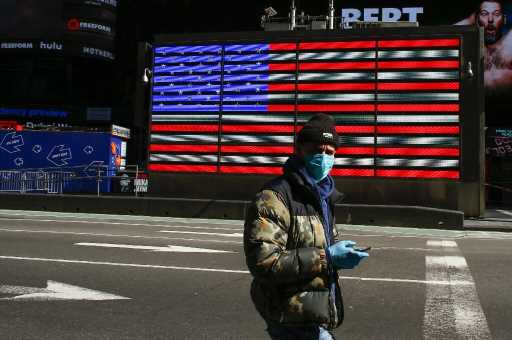 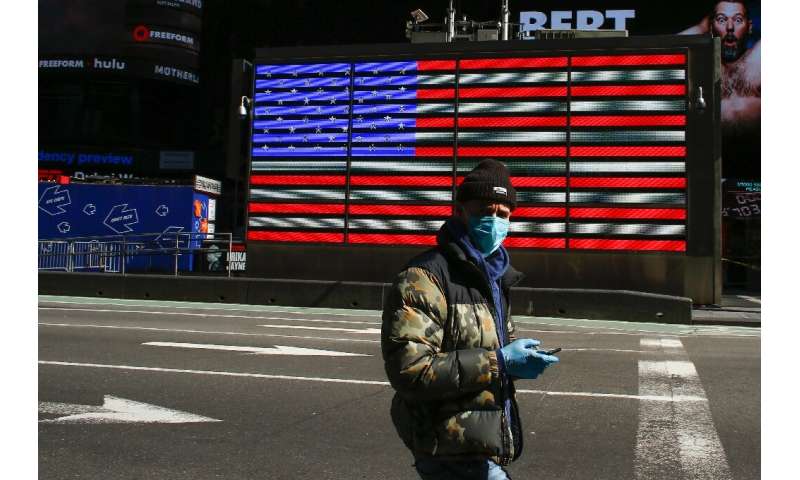 After months of telling the public not to use face masks, the United States is looking into revising its recommendations, following the example set by some Asian countries that have been more successful in fighting the coronavirus.

The reason? Many people without symptoms are contagious without knowing it—and the thin barrier provided by a simple surgical mask, or even a homemade substitute, could help reduce the spread.

“One of the (pieces of) information that we have pretty much confirmed now is that a significant number of individuals that are infected actually remain asymptomatic,” Robert Redfield, director of the Centers for Disease Control and Prevention (CDC) told NPR on Tuesday. “That may be as many as 25 percent,” he added, citing Chinese data.

The new coronavirus is far more contagious than the flu—by a factor of three or four, estimated Redfield. It’s spread via respiratory droplets when people cough or sneeze, but also when they unknowingly touch surfaces at home or outside.

Some spread may even occur when infected people use and then flush the toilet, creating a plume of viral-laden air in the bathroom.

At the moment, the advice from the CDC is only that sick people, and those who care for them at home, should wear the masks to prevent spreading the disease to others.

But that could be shifting very soon.

The idea for widespread use of masks is backed by President Donald Trump, who encouraged people to fashion their own makeshift barriers if they can’t get ahold of the medical apparel. “You can use a scarf. A lot of people have scarves and a scarf would be very good,” he said at his daily White House briefing on Tuesday.

“The idea of getting a much more broad community-wide use of masks outside of the health care setting is under very active discussion at the task force,” Anthony Fauci, director of the National Institute of Allergy and Infectious Diseases and a member of the coronavirus taskforce told CNN on Tuesday.

“The thing that has inhibited that a bit is to make sure we don’t take away the supply of masks from the health care workers who need them. But once we get in a situation where we have enough masks, I believe there will be some very serious consideration about more broadening this recommendation of using masks.”

In China, Singapore, Hong Kong and Japan, masks, gloves and even in some cases protective boots are commonplace—and the picture is evolving in Europe too.

In the Czech Republic and Slovenia, they are now compulsory.

Czech Prime Minister Andrej Babis on Sunday urged Trump to follow suit, tweeting at him: “Wearing a simple cloth mask decreases the spread of the virus by 80%! Czech Republic has made it OBLIGATORY for its citizens to wear a mask in the public.”

In France, many are fashioning cloth masks at home and the government discourse is also shifting.

One area of concern is making sure that people who wear masks don’t become complacent and that they still adhere to the principles of social distancing and frequent handwashing—the Asian examples indicate that both are possible.

New York, the hardest-hit city in the United States, is a good example: The few pedestrians out and about exercising or on essential business are often masked while maintaining a six-foot (two-meter) distance from others.

But the practice hasn’t yet made it through to the White House’s daily briefing, where none of the officials cover their faces.

Gabe Kelen, director of the department of emergency medicine at the Johns Hopkins Hospital in Baltimore, said he feared a change in the advice may mean that the public tries to get hold of real masks, even if they are told to use DIY ones, and that could exacerbate shortages for health care workers.

But he added “as the infection becomes more ubiquitous in society, (they) might have some value to keep others from getting it.”

Brandon Brown, an epidemiologist at the University of California Riverside, agreed.

“Once more effective masks are made available, I believe we will all be using them for our own protection when emerging from our shelter in place order to obtain food and other essentials to use back home,” he told AFP.