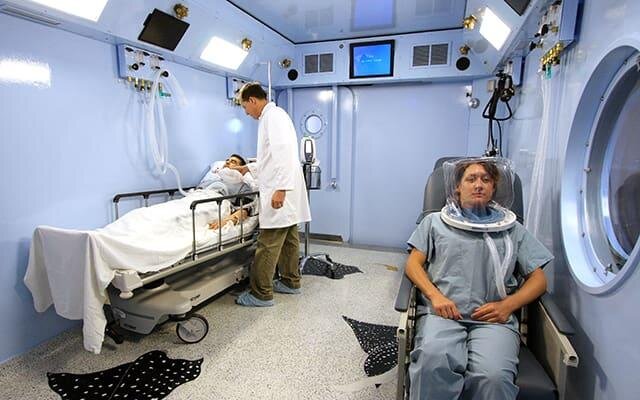 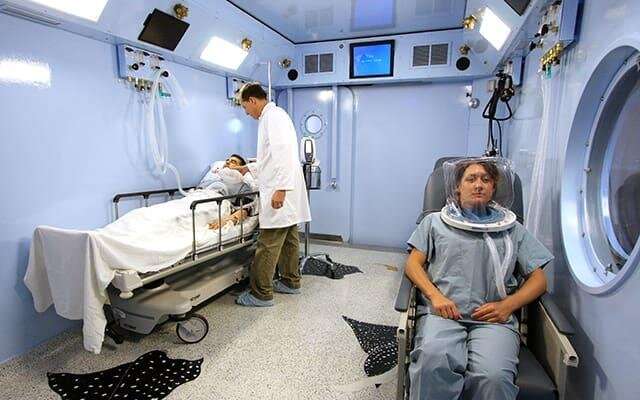 Hyperbaric oxygen therapy involves breathing pure oxygen in a pressurized room or tube, and is commonly used to treat decompression sickness resulting from scuba diving or wounds that resist healing, such as those resulting from some types of cancer radiation treatment or from complications of diabetes. Researchers at UC San Diego Health have joined a national research study called Hyperbaric Oxygen Brain Injury Treatment (HOBIT) to assess whether the approach might also benefit patients with severe brain injuries.

“Trauma can be a devastating injury that will greatly effect a person’s quality of life, and we are looking to improve treatment options in order to significantly increase positive outcomes for our patients,” said Todd Costantini, MD, trauma medical director at UC San Diego Health and the site principal investigator for the HOBIT study. “This is the first randomized, controlled trial analyzing the effects that hyperbaric oxygen treatment has on outcomes following brain injury and preliminary studies have demonstrated that it may improve neurological recovery.”

The idea is to use oxygen under pressure to reduce brain swelling and oxygenate neurological tissues, reducing or replacing the inflammatory response with a restorative one. Patients rest in a hyperbaric oxygen chamber equivalent in size to a small school bus for approximately two hours, during which they inhale 100 percent oxygen for approximately 90 minutes. Study participants receive up to 10 treatments, occurring twice a day, for five days. Specific treatments will involve different pressurizations, randomly selected, and include a control group.

“Out of all the kinds of treatments we provide, hyperbaric oxygen therapy is one of the safest and best tolerated,” said Ian Grover, MD, medical director of Hyperbaric Medicine and Wound Care at UC San Diego Health. “With head trauma, the brain cannot get enough oxygen, which worsens the healing response, but with this treatment we’ll be able to increase oxygen delivery, and we believe the benefits for patients will be seen almost immediately.”

The clinical research study is part of the Strategies to Innovate Emergency Care Clinical Trials Network, otherwise known as SIREN, which seeks to improve the outcomes of patients with brain, heart, lung and trauma emergencies by identifying effective treatments administered in the earliest stages of critical care. Approximately 14 hospitals nationwide will participate in the HOBIT study, including UC San Diego Medical Center in Hillcrest.

HOBIT must be provided quickly, said researchers, and because of this, persons in San Diego who experience severe brain trauma may be taken to UC San Diego Health and enrolled in the trial without informed consent.

UC San Diego Health physicians are collaborating with the U.S. Food and Drug Administration (FDA) to qualify for Exception from Informed Consent (EFIC) by alerting the community of the study. EFIC grants approval for certain emergency research studies to be conducted under a special set of rules managed by the FDA when participants cannot express their desires in a medical emergency.