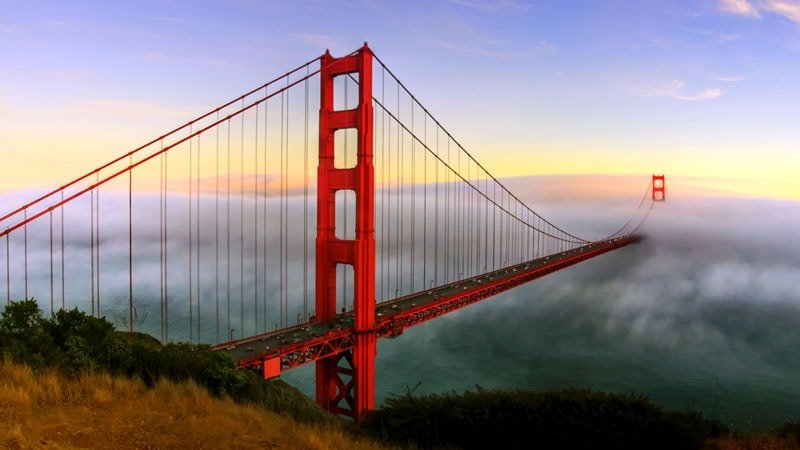 The CHP officers and bridge workers were struck at about 6 p.m. in a northbound traffic lane, CHP Officer Andrew Barclay told the San Francisco Chronicle. Those struck were working to keep several hundred demonstrators marching on the bridge from flowing into the roadway, he said.

Authorities closed part of one lane, jamming traffic. The accident occurred during the jam when an SUV collided with a street sweeper, which was pushed into a line of CHP officers, KGO-TV reported.

“They were gathered at the sidewalk entrance onto the Golden Gate Bridge, and apparently there were individuals in the crowd that had stated their intent was to take over the lane of traffic, so our intention at that point was to serve as a deterrent to try to prevent anybody from getting on,” Barclay told the Chronicle.

The two officers and one bridge worker were taken to a hospital with non-life threatening injuries, Barclay said.

Several hundred people rallied at the bridge to oppose requirements in San Francisco, Los Angeles and other cities requiring proof of vaccination for a range of workers, including police, firefighters and health care workers.

Barclay said that earlier in the afternoon, a motorist connected to the protest was arrested after stopping his car in a traffic lane, getting out and fighting with law enforcement officers.

Dundas told the Chronicle that requiring the vaccine in order to keep your job “is not just unconstitutional, it’s unconscionable.”