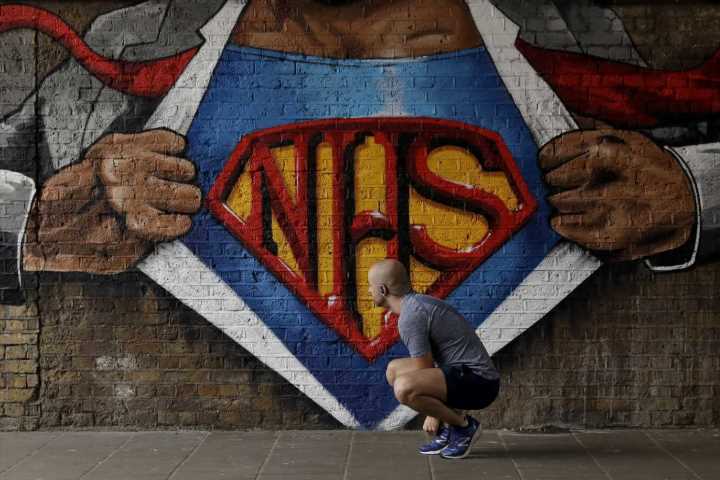 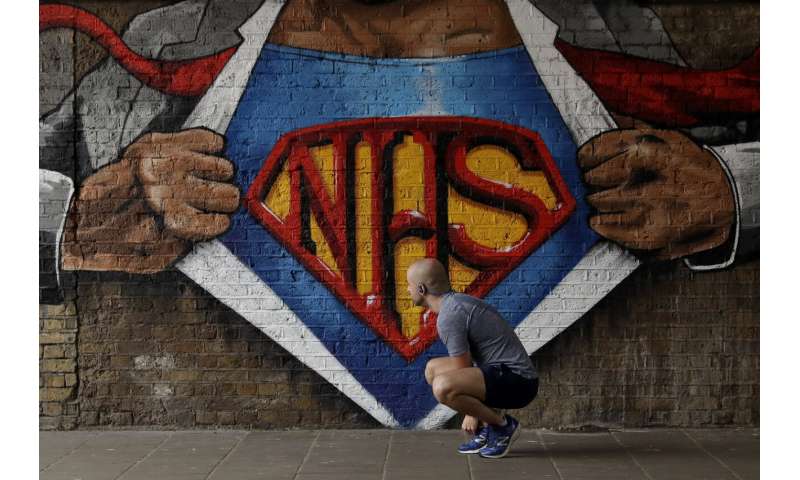 While millions of people took advantage of easing coronavirus lockdowns to enjoy spring weather, some of the world’s most populous countries reported worrisome new peaks in infections Sunday, including India, which saw its biggest single-day jump yet.

India, second in population only to China, reported more than 2,600 new infections. And in Russia, new coronavirus cases exceeded 10,000 for the first time. The confirmed death toll in Britain climbed near that of Italy, the epicenter of Europe’s outbreak, even though the U.K. population is younger than Italy’s and Britain had more time to prepare before the pandemic hit.

The United States continues to see tens of thousands of new infections each day, with more than 1,400 new deaths reported Saturday.

Health experts warn that a second wave of infections could hit unless testing is expanded dramatically after lockdowns are eased. But pressure to reopen economies keeps building after the weeks-long shutdown of businesses worldwide plunged the global economy into its deepest slump since the 1930s and wiped out millions of jobs.

China, which reported only two new cases, has seen a surge in visitors to newly reopened tourist spots after domestic travel restrictions were relaxed ahead of a five-day holiday that runs through Tuesday. 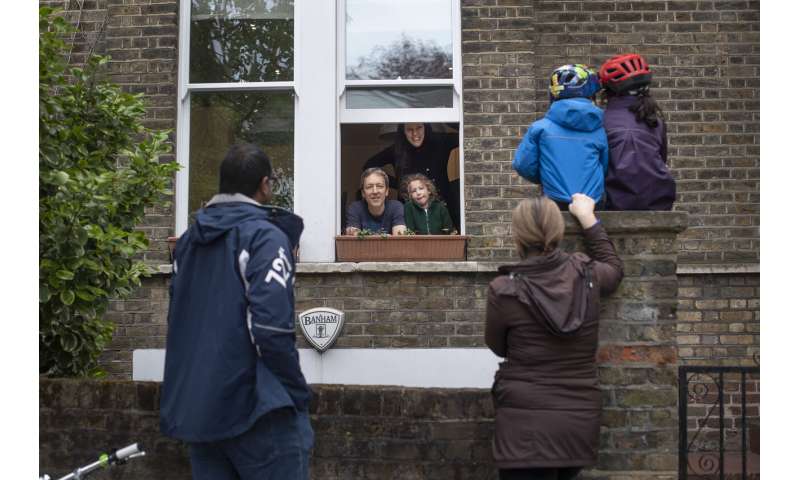 Nearly 1.7 million people visited Beijing parks on the first two days of the holiday, and Shanghai’s main tourist spots welcomed more than 1 million visitors, according to Chinese media. Many spots limited daily visitors to 30% of capacity.

Meanwhile, Italians counted down the hours until Monday’s reopening of parks and public gardens. With sunshine and warm temperatures across the country, many people went outdoors, walking down streets and chatting on sidewalks. Despite the easing, Italians will still have to stay a meter (3 feet) apart. Picnics are not allowed, and playgrounds will remain closed.

In a sign that the disease still has a firm grip in some places, Rome’s infectious diseases hospital admitted 28 confirmed COVID-19 patients from a nursing home.

In Spain, many ventured outside for the first time since the country’s lockdown began March 14, but social distancing rules remained in place. Masks are mandatory starting Monday on public transit. 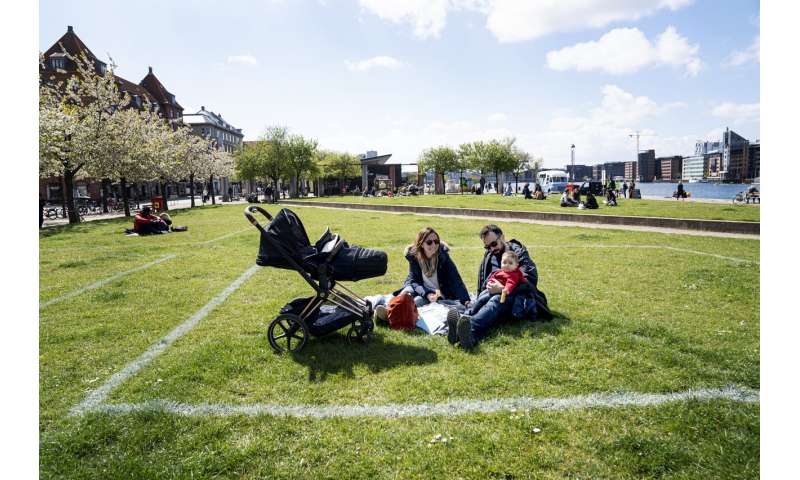 “There is highly probability that we will see new outbreaks,” said Spanish health expert Fernando Simón. “That is what we must be prepared for and keep in mind over the following months.”

In Britain, Prime Minister Boris Johnson is under pressure to reveal how the country will lift the lockdown that began March 23. The restrictions are due to last through Thursday, but with hundreds of deaths still being reported daily—twice as many recently as Italy or Spain—it’s unclear how the country can safely loosen the restrictions.

The 55-year-old Johnson, who spent three nights in intensive care while being treated for COVID-19, told The Sun newspaper that he knew his doctors were preparing for the worst.

“It was a tough old moment, I won’t deny it,” he said. “They had a strategy to deal with a ‘death of Stalin’-type scenario” if he succumbed to the virus. 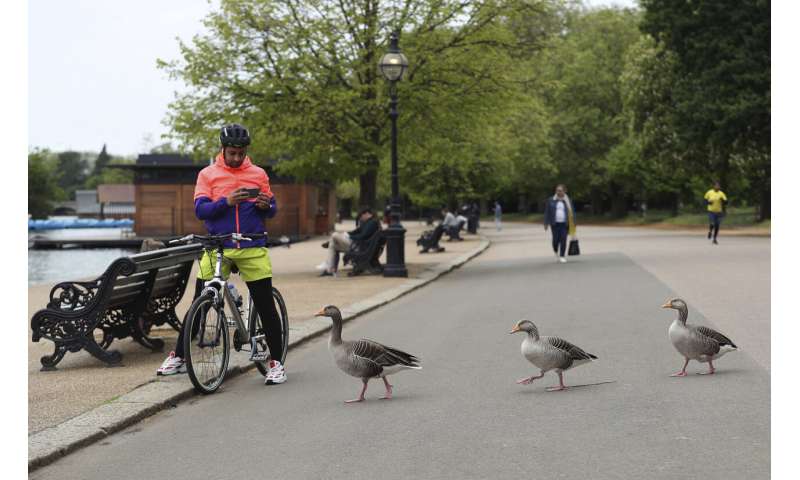 Another potentially troubling sign emerged in Afghanistan’s capital city of Kabul, where a third of the 500 people selected in random test came up positive for the virus.

In the U.S., New Jersey reopened state parks, though several had to turn people away after reaching a 50% limit in their parking lots. Margie Roebuck and her husband were among the first on the sand at Island Beach State Park.

“Forty-six days in the house was enough,” she said.

“It’s devastatingly worrisome to me personally, because if they go home and infect their grandmother or their grandfather … they will feel guilty for the rest of our lives,” she said. “So we need to protect each other at the same time we’re voicing our discontent.” 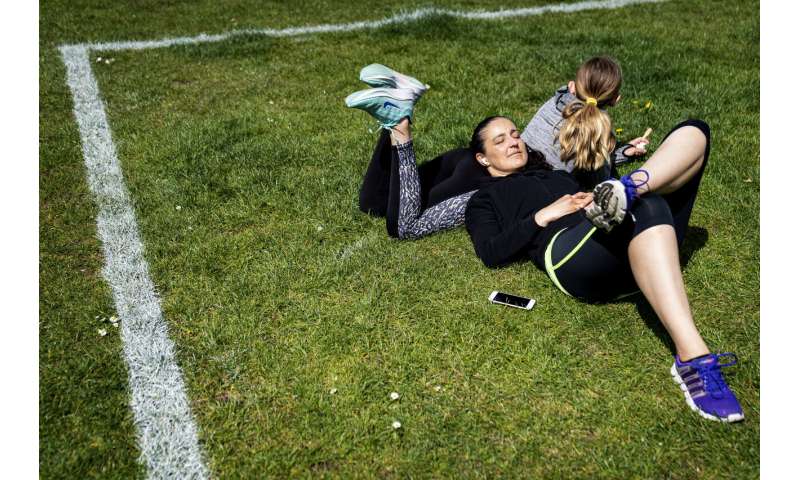 The Republican-majority Senate will reopen Monday in Washington. The Democrat-controlled House of Representatives is staying shuttered. Senate Majority Leader Mitch McConnell’s decision to convene 100 senators gives President Trump, a Republican, the imagery he wants of America getting back to work, despite the risks.

Russia latest tally of infections was nearly double the new cases reported a week ago. More than half of Russia’s new cases were in Moscow, where concern is rising about whether the capital’s medical facilities will be overwhelmed.

Russian epidemiologist Alexander Gintsburg told the Interfax news agency that the sharp increase in cases reflected increased testing, which has doubled over the past 10 days, and did not indicate a deepening pandemic. 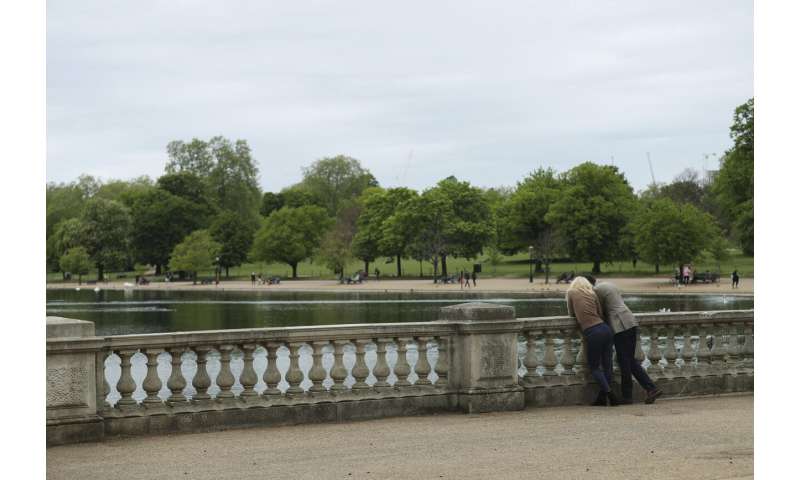 In all, Russia has reported 1,222 virus deaths among 124,000 infections, numbers that health experts widely believe undercount the true toll of its outbreak.

Indian air force helicopters showered flower petals on hospitals in several cities to thank doctors, nurses and police at the forefront of the battle against the pandemic.

The country’s number of confirmed cases neared 40,000 as the population of 1.3 billion marked the 40th day of a nationwide lockdown that has upended lives, cost millions of jobs and left millions hungry and desperate. The official death toll reached 1,323.

Pope Francis called Sunday for international collaboration in the search for a vaccine and treatment for COVID-19 and invited faithful of all religions to spiritually unite in prayer, fasting and works of charity on May 14. 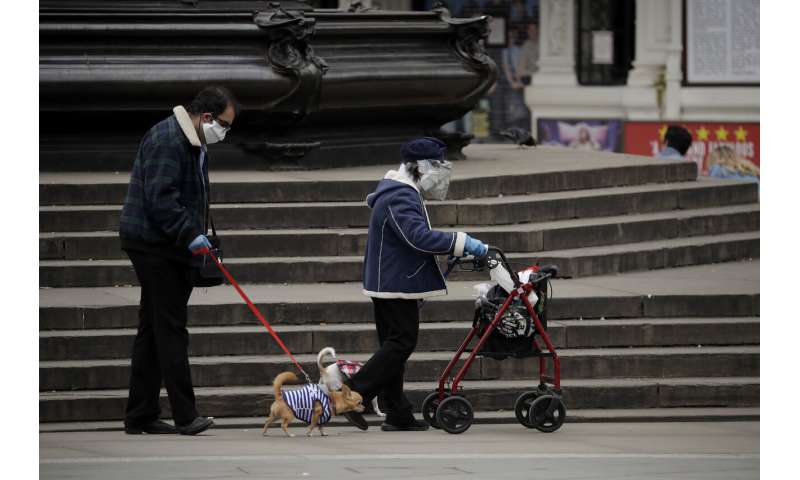 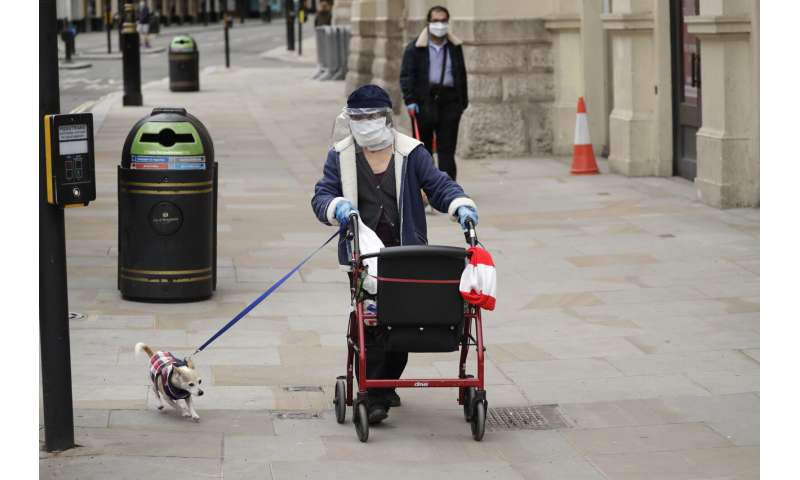 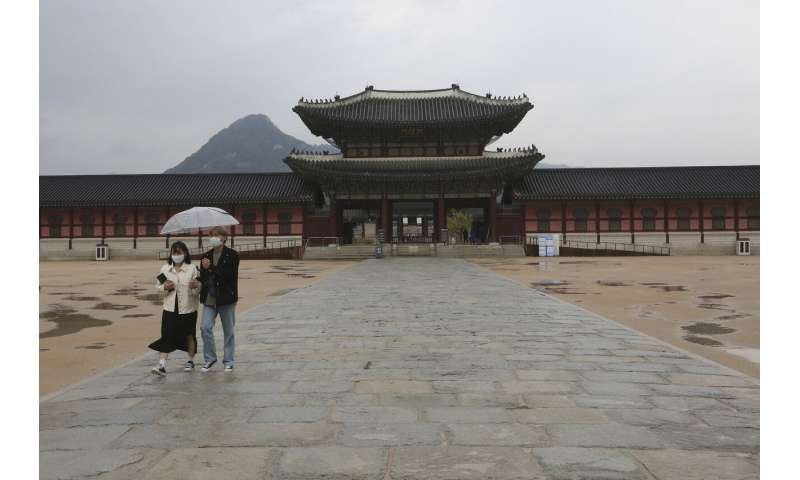 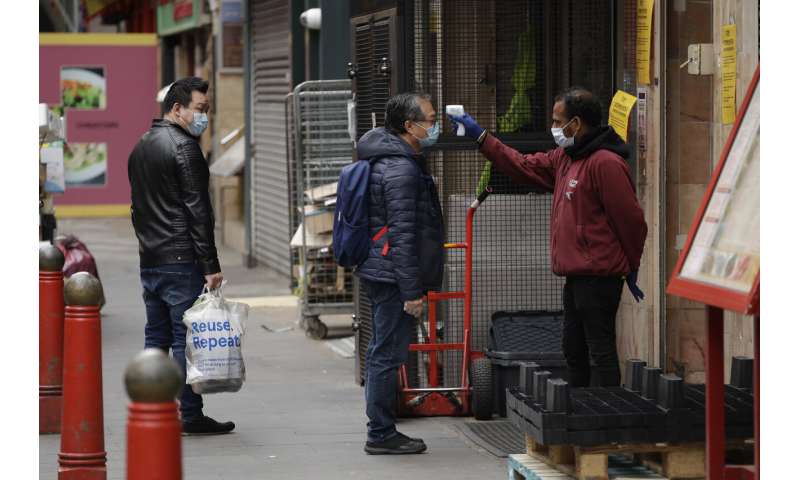 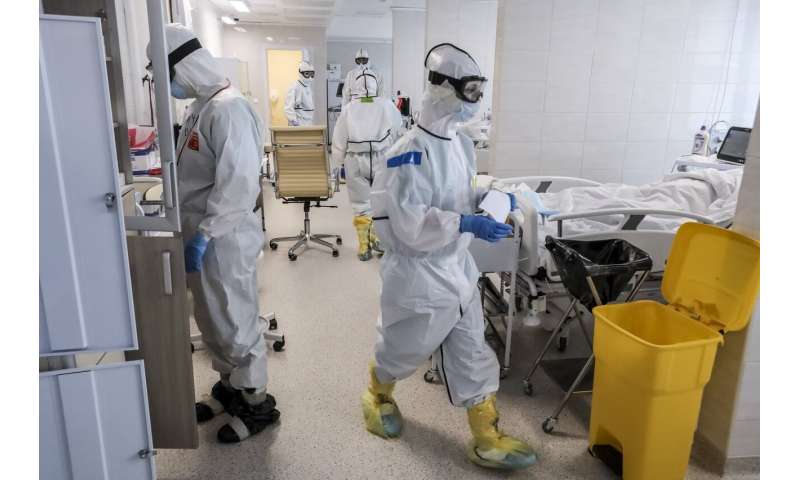 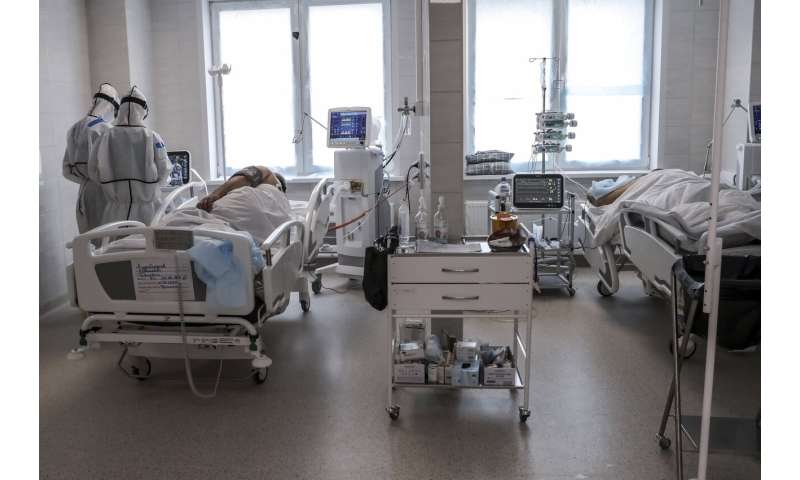 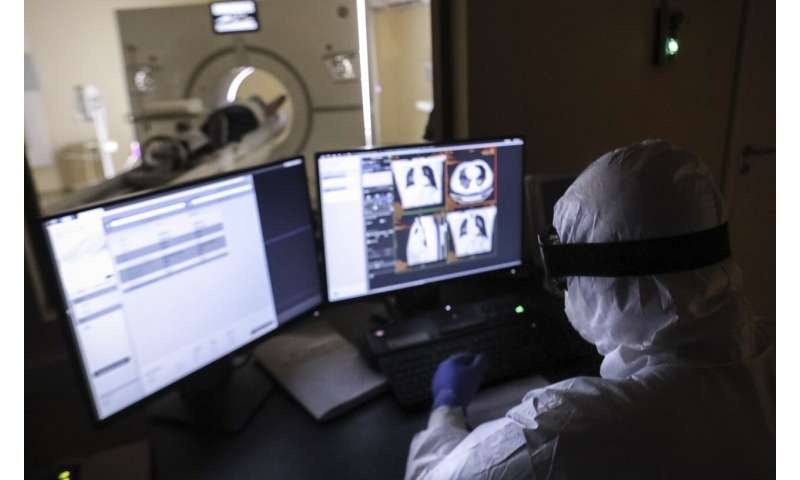 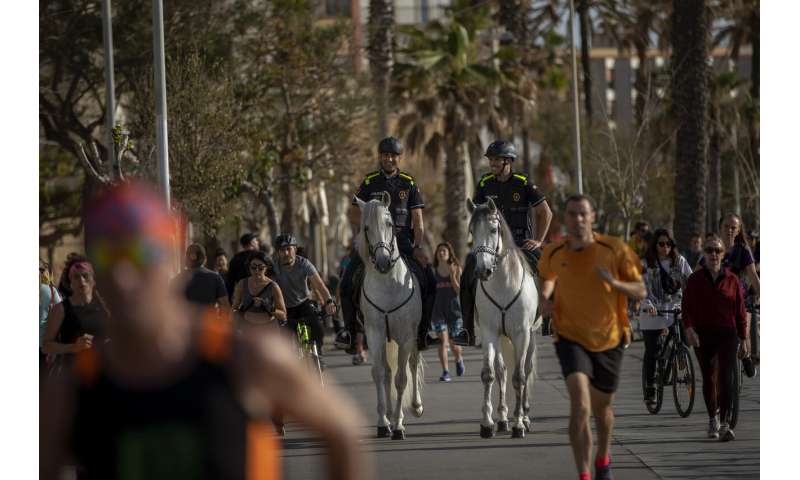 The virus has infected 3.4 million people and killed more than 244,000 worldwide, including more than 66,000 dead in the United States, according to a count by Johns Hopkins University.