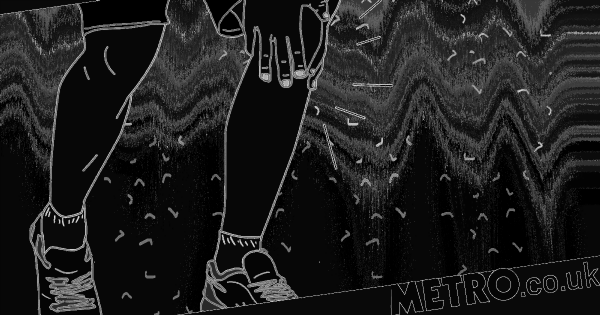 Running can be painful. If you’re training for a marathon, you’ll have all sorts of ache and pains, if you’re new to the sport, you might find that you’re stiffer than ever before.

How we deal with that discomfort, however, matters. Popping an Ibuprofen or similar NSAID (non-steroidal anti-inflammatory drug) might seem the obvious solution; they take down swelling and pain. But new research shows that taking these kinds of drugs can come with a risk.

At marathons and ultra-marathons, you’re warned by the organisers to carry paracetamol on you rather than Ibuprofen for fear that it might cause increased stress on an already stressed-out body. Despite the fact that many of us long-term runners know that, research shows that 46% of London Marathon runners planned to take an NSAID during the race.

So why shouldn’t they?

According to Dr Anthony R Cox, Reader in Clinical Pharmacy and Drug Safety at the University of Birmingham and Dr Craig Rosenbloom, from the Sport and Exercise Medicine department of QMUL, drugs like Ibuprofen are associated with issues such as gastrointestinal ulcers, acute kidney injury and increased risk of cardiovascular events.

In fact, the negative consequences of NSAIDs are thought to be responsible for 30% of all adverse drug reaction admissions to hospital, the pair write in a piece for The Conversation.

The problem is partly that long-distance running puts a load of strain on the body and that can cause issues in and of itself. Reduced blood flow to the stomach can make belly issues more likely, eve without taking painkillers, while excessive protein in the blood from muscle damage can lead to acute kidney damage which is made worse if you use NSAIDs.

But what about those of us who are just doing the odd 5K? If we’re just running around our local park, do we really need to watch which painkillers we’re using?

Drs Cox and Rosenbloom surveyed 806 Parkrunners to find out what kinds of painkillers UK runners were using regularly. Nearly 90% of those surveyed used NSAIDs, usually in the form of over-the-counter Ibuprofen. A third of these runners ran marathon-length distances and only one in eight had a pre-existing reason to swerve NSAIDs (like asthma). Over half of runners took NSAIDs before a run or race and one in ten took one during a run. The longer run, the more likely they were to take one during or afterward.

A third of the runners surveyed had experienced suspected side effects from NSAIDs, including heartburn and – alarmingly – gastrointestinal bleeding. Despite how common these issues were, 40% of runners were unaware that taking drugs like Ibuprofen could have cardiovascular, kidney or gastrointestinal side effects.

If you take a NSAID before every jog, you’re absolutely running the risk of developing ealth problems – especially if you’re training for long distance. Marathons and ultras ‘already put runners’ body under extreme stress, so long-term NSAID use increases risks of life-threatening hypononatraemia, gastrointestinal bleeding, and kidney failure,’ Cox and Rosenbloom write.

These kinds of anti-inflammatories have also been shown to hamper healing. During exercise, our muscles suffer small tears – which the white blood cells rush to start rebuilding. That’s good, that’s what makes you stronger. If you take an anti-inflammatory, however, you may start to interfere with that recovery process.

Taking painkillers can also stop us from hearing our body when it tells us that it’s time to take it easy. It’s so tempting to pop a pill so we can run through the niggles but in the long-term, that’s only going to create more issues. We run for mental clarity, for fitness, for health; pushing your body beyond its natural capacity with the help of pain killers is counterproductive.

London Marathon organisers warn runners to avoid NSAIDs within 48 hours of the race to avoid potential dangers. If you’re training for the new race date in October, why not try to kick your Ibuprofen habit now so that you’re not tempted to take any when the race comes around? There’s enough time to take training steady, listen to your body and to train only when it feels right. Too many of us are prepared to run at any cost and that can see us out of the game for months on end.

How to deal with the pain instead

Paracetamol is probably the safest painkiller to use while running or cycling – especially over a longer period of time. Larger doses of aspirin, Voltarol, ibuprofen (e.g. Nurofen) and naproxen really aren’t a good idea – and that goes for gels and creams like Voltarol and Ibuleve too.

In fact, events like Brighton Marathon have warnings on their websites telling participants to consult their GPs if they use any of these medications regularly.

If you’ve got some major swelling – you’ve twisted your ankle of your knee feels like it’s damaged, then stop running, elevate the problem area (you want it above the height of your bum) and apply ice. Grab a compression sock and wear it while you’re pottering around but always remember to remove it when you’ve got your leg elevated – and before you go to bed.

This probably won’t stop you from getting injured but a diet rich in anti-inflammatory foods may help with your recovery. Load up on onions, apples and berries (high in quercetin), as well as grapes, spinach and coffee (for the polyphenols) which have been found to reduce inflammation in athletes.