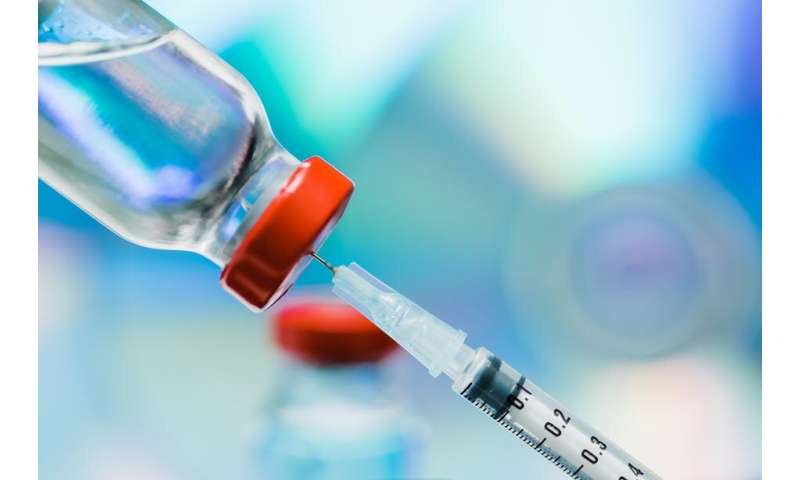 Amid unpredictable outbreaks, and fears of a second wave, the hunt is on for a vaccine against COVID-19. The reason for this is simple: vaccines work. They save lives and economies.

For example, there were 11.6 million smallpox cases reported between 1920 and 1978, and an estimated 300 million deaths from the disease. But in 1979, the World Health Organization declared smallpox completely eradicated, thanks to rigorous vaccination programs across the world.

One important element of this success is that the smallpox vaccine is a “heat-stable” vaccine. This means it can be stored and transported without the need for refrigeration, making it widely accessible and transportable across the world.

Unfortunately, thermal stability is not a property of most vaccines, including the ones used against diphtheria, tetanus and pertussis (DTP), and measles, mumps and rubella (MMR). But our new research has taken an important step in preserving such medicines without the need for expensive (and sometimes unreliable) refrigeration.

Normally, vaccines that are not heat-stable and which aren’t properly refrigerated spoil over a short period of time, because they contain biological matter that degrades when not stored between 2°C and 8°C. As a result, the majority of vaccines rely on refrigerated or “cold chain” distribution, which consists of several stages.

To begin with, vaccines are made by a manufacturer that stores them in a controlled refrigerated environment. Then, to ensure that the vaccine remains active until it reaches the patient, all modes of transport and storage (the chain) have to be cooled. This means everything from lorries and airplanes to warehouses.

There are several things that can—and do—go wrong during this process, which requires a high level of consistency and maintenance. Some studies have shown that up to 50% of the vaccines distributed in lower income countries are wasted.

Even in wealthy regions of the globe, vaccines can degrade due to poor equipment or handling, leading to very expensive wastage. There is urgent demand for new technologies that can prevent this.

Our research has developed a novel method, known as “ensilication,” using the natural compound silica (SiO₂), the main constituent of sand. Silica is cheap, abundant and easy to use, and we use a soluble form to encase the vaccine components at a molecular level. This is like creating a tiny individual cage for each virus or protein that mimics its form, and prevents the proteins from “unfolding”—a term used to describe what happens when a protein loses its shape.

When a protein unfolds, it loses its function and degrades, making it unusable as a vaccine. This is much like how a well made paper airplane will only glide through the air when the paper is properly folded in a specific shape. As soon as the folding is undone, it flies no more.

For proteins, heating and cooling is what can alter their shape. Our method helps to prevent the vaccine components, the proteins, from degrading due to temperatures that are either too high or too low.

For our work, silica is grown using a chemical reaction in solution as a branched network (known as a polymer) to match the structure of vaccine proteins at the nanoscale. These encased proteins are then collected as a dry powder that can be stored safely and reconstituted prior to use.

Our recently published work shows the ability of our method to preserve a tetanus protein fragment used in the diphtheria, tetanus and pertussis (DTP) vaccine. The vaccine works by mimicking a natural infection that subsequently provides long-lasting immunity.

To demonstrate that our method preserved this protein, it was stress tested by heating it to 80°C. We then removed the silica, and tested the protein for immunity response compared to a control non-ensilicated protein that had been stored in the fridge.

There was no difference found between the control and our sample, indicating that our method could preserve the protein without the need for refrigeration—a huge win. Additional controls in our experimental design confirmed our success.

The hope—and the focus of our continuing research—is that our method will enable widespread non-refrigerated vaccine distribution. This will help those in remote destinations to be vaccinated. It would also allow for long-term storage of vaccines and stockpiles to be created, which would help to prepare against rapid outbreaks of new diseases.