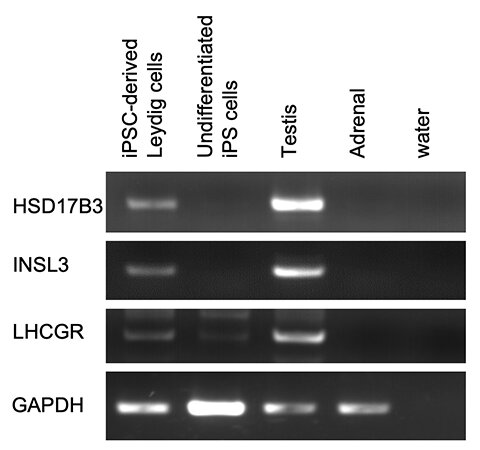 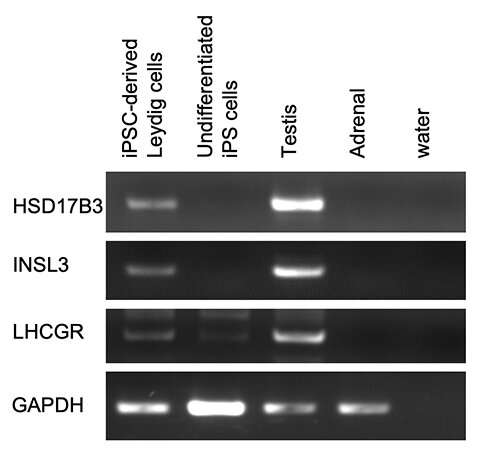 Researchers from Kobe University’s Graduate School of Science, Technology and Innovation/Graduate School of Medicine have succeeded in generating Leydig cells from human iPS cells. Leydig cells are responsible for producing the male hormone (testosterone), and it is hoped that Leydig cell transplants could serve as a treatment for late-onset hypogonadism in the future.

The research group included Professor Aoi Takashi of the Department of iPS cell applications, and Researcher Ishida Takaki and Kobe University President Fujisawa Masato of the Division of Urology.

These research results were published in Endocrinology on September 21, 2021.

It is well known that middle-aged women suffer from perimenopausal symptoms around 10 years before the menopause due to declining levels of the female hormone estrogen. However, men also experience a decrease in hormone levels (testosterone) as they age, and recognized symptoms of this include depression, decline in sexual function (e.g. libido and erectile function), reduced muscle mass and reduced bone density, all of which can have a significant impact on patients’ quality of life (QOL). It is said that anywhere between a few hundred thousand to over two million men in Japan have symptoms, however awareness remains low.

Currently, patients with late-onset hypogonadism (LOH) are treated with male hormone replacement therapies, however there are problems with these treatments. They require frequent hospital visits and do not restore the physiological functions that regulate hormone levels in the blood. In light of this, the researchers decided to try to generate testosterone-producing Leydig cells from human iPS cells (that have the ability to differentiate into all types of cells) in the hope that transplanting these induced cells into patients would provide a definitive treatment method for LOH. 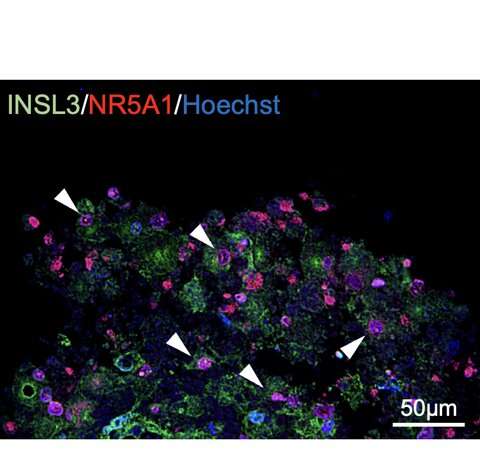 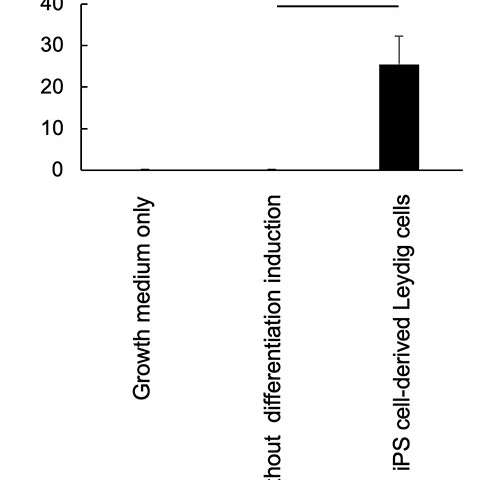 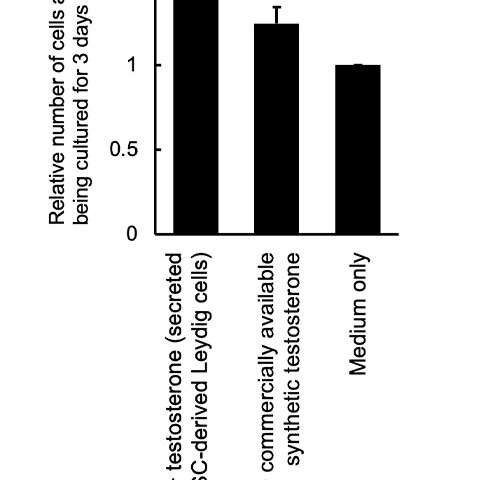