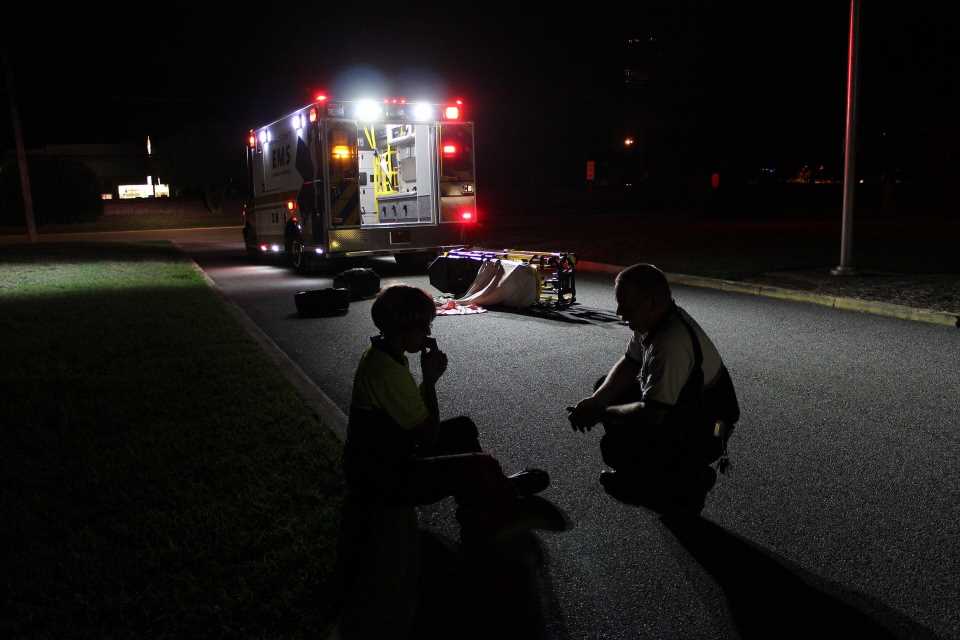 Couples that include a partner with post-traumatic stress disorder (PTSD) may someday have access to a faster, more efficient therapy that treats the disorder and simultaneously improves their relationships, according to research.

A study published by the journal Behavior Therapy demonstrated that an established treatment that typically involves 15 weekly sessions could be shortened to one weekend and delivered to multiple couples at once and still yield improvements in patient, partner and relationship outcomes.

The pilot study offered a condensed version of cognitive-behavioral conjoint therapy for post-traumatic stress disorder (CBCT for PTSD) to active duty military and veteran couples through the Consortium to Alleviate PTSD (CAP). The CAP is a multi-disciplinary, multi-institutional research consortium funded jointly by the Departments of Defense and Veterans Affairs to advance the diagnosis, prevention and treatment of PTSD among post-9/11 service members and veterans.

“In addition to 100% treatment retention, there were large reductions in patients’ PTSD symptoms, along with significant improvements in co-occurring symptoms like depression, anxiety and anger,” said study lead Steffany Fredman, associate professor of human development and family studies at Penn State. “Partners also reported improvements in their own mental health and relationship satisfaction.”

According to the researchers, the impacts of PTSD on military members or veterans and their families is significant, with estimates suggesting that 15% of service members and 23% of veterans who have deployed to Iraq and/or Afghanistan since Sept. 11, 2001, suffer from PTSD. The disorder affects not only individuals, but also their spouses and families.

The researchers added that PTSD is associated with relationship distress, physical and psychological aggression and partner psychological distress, with effects particularly salient among military and veteran populations.

“A majority of service members are married, and we know that PTSD has been a major factor related to divorces among military personnel,” said Alan Peterson, professor of psychiatry and behavioral sciences in the Long School of Medicine at The University of Texas Health Science Center at San Antonio (UT Health San Antonio). “So having a therapy that effectively brings couples together as a team to address both PTSD and relationship issues is a way not only to treat PTSD, but also to help keep families together.”

Peterson, director of the Consortium to Alleviate PTSD, said such treatment outcomes have a positive ripple effect.

“A common reason people leave the military is that their families are not happy,” he said. “So by improving family relationships, you in turn can help more people retain their military careers and improve military readiness. And when you consider that PTSD, broken relationships and losing one’s military career are all big factors related to suicide risk, an effective therapy of this sort can literally help save lives.”

CBCT for PTSD was co-developed by Fredman and her colleague Candice Monson of Ryerson University, who said the program was designed to treat PTSD symptoms and improve relationships among couples who suffer from PTSD’s impact.

However, the researchers said the 15-session weekly format of CBCT for PTSD can be challenging for many couples to complete, highlighting the need for more efficient delivery formats of the program to maximize treatment engagement and retention and to achieve faster outcomes.

To assist more couples who need the intervention, Fredman and colleagues developed an abbreviated, intensive, multi-couple group version of CBCT for PTSD to increase treatment efficiency and reach.

Researchers pilot-tested the program by delivering it to couples during one of seven single weekend retreats. The workshop-style retreats, ranging in size from two to six couples recruited from South and Central Texas, were co-led by two group therapists. Each of the 24 participating couples included an active-duty service member or veteran with PTSD who had deployed in support of combat operations following Sept. 11, 2001.

“The treatment format we tested was an attempt to reduce logistical barriers to the participation of military and veteran couples with PTSD,” Fredman said. “We were hopeful that couples who participated in the study would experience some benefits, but the extent of the benefits was much greater than we expected.”

Fredman and colleagues think there are many reasons for the observed successes of this format.

“This format retained much of the key content of the already-effective CBCT for PTSD program, just in a more condensed format,” Fredman said.

The group nature of this treatment likely also played an important role in couples’ recovery by providing them the opportunity to learn from others struggling with similar individual and relational challenges and to realize that they’re not alone, according to the researchers.

“We can’t take a one-size-fits-all approach to treating PTSD, so our group has been evaluating novel ways of delivering the top therapies to increase accessibility and improve or maintain efficacy,” Peterson said. “This is another study showing that condensed formats have a lot of benefits. They’re very appealing to certain groups of people, can fit better into their lifestyles and make them more likely to complete therapy. This is another great tool to have in the clinician’s toolbox as we’re looking for different ways to deliver evidence-based PTSD treatment.”