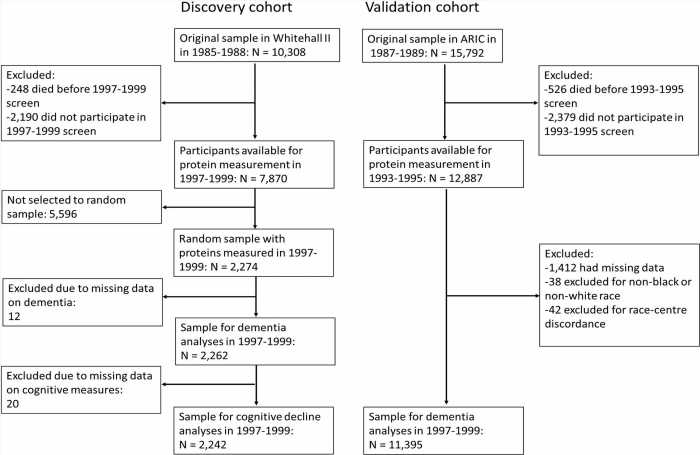 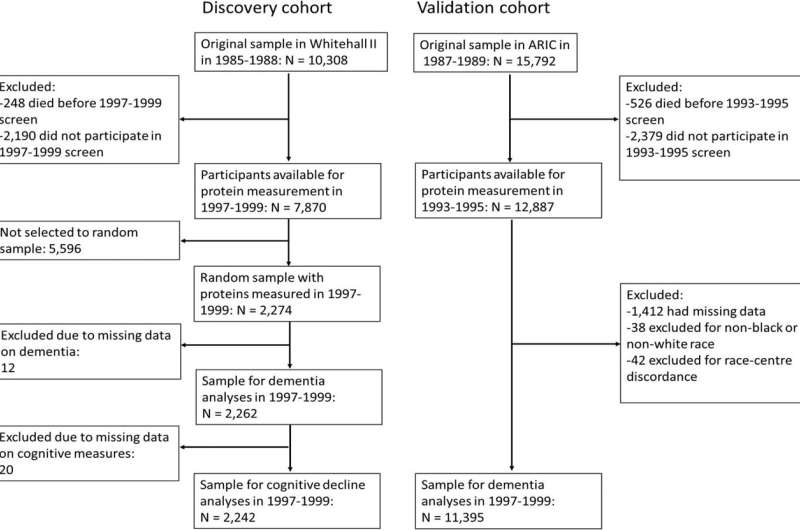 A study by an international research group identified 15 novel biomarkers that are linked to late-onset dementias. These biomarkers are proteins, which predict cognitive decline and subsequent increased risk of dementia already 20 years before the disease onset.

The proteins are related to immune system dysfunction, blood-brain-barrier dysfunction, vascular pathologies, and central insulin resistance. Six of these proteins can be modified with currently available medications prescribed for conditions other than dementia.

“These findings provide novel avenues for further studies to examine whether drugs targeting these proteins could prevent or delay the development of dementia,” says lead author Joni Lindbohm MD, Ph.D. from the University College London and University of Helsinki.

The results of the study have been published in Alzheimer’s & Dementia.

Amyloid beta and tau proteins have dominated pathophysiological research on dementia etiology, but to date, prevention and treatment trials targeting these biomarkers have been unsuccessful. This has motivated researches to search also other potential mechanisms that could predispose to dementia. Recent development of scalable platforms has made it possible to analyze a wide range of circulating proteins, which may reveal novel biological processes linked to dementias.

In this study, the authors were able to analyze proteins with novel large-scale protein panel from stored blood samples of the British Whitehall II and US Atherosclerosis Risk in Communities (ARIC) study collected 20 years ago. Using a panel of 5,000 proteins measured from plasma, the researchers identified proteins that predicted cognitive decline in 5-yearly screenings and subsequent onset of clinical dementia. The 15 proteins predicted dementia in both the British and US cohorts.

“This new study is the first step in our five-year, Wellcome Trust-funded research program. We will next examine whether the identified proteins have a causal association with dementia, and whether they are likely to be modifiable and druggable,” says one of the authors, Professor Mika Kivimäki, Director of the Whitehall II study at University College London.

The ultimate aim of the research program is to identify novel drug targets for dementia prevention.