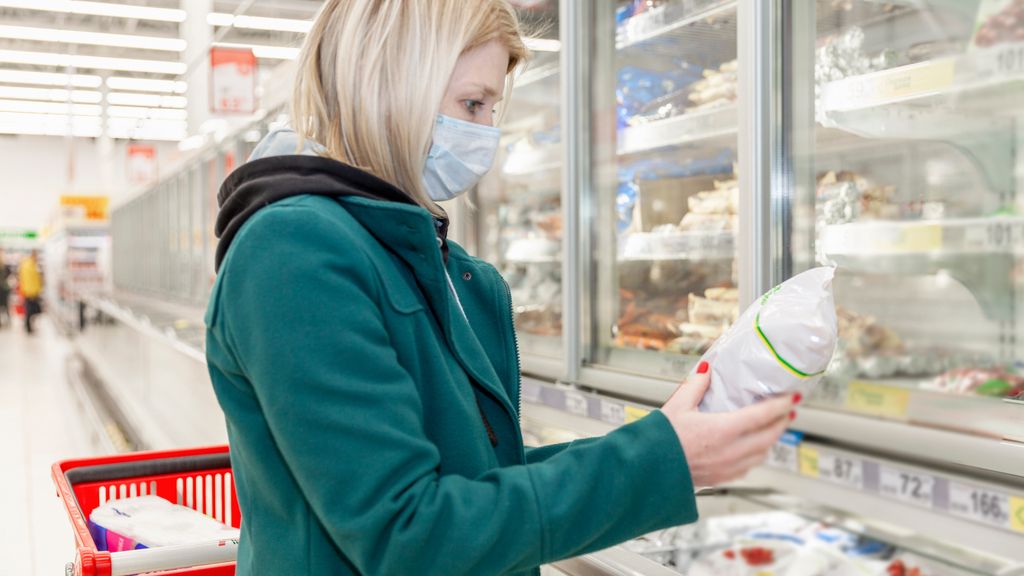 There is “no credible evidence” that SARS-CoV-2, the virus that causes COVID-19, is transmitted through contaminated food or food packaging, according to a statement just released by the U.S. Food and Drug Administration (FDA).

The statement follows a news conference held by the World Health Organization (WHO) last week, during which scientists listed frozen packages of food as a possible source of coronavirus transmission, NPR reported. The link or lack thereof between food and coronavirus spread also has implications for figuring out the origin of the coronavirus outbreak and later pandemic, which seems to have started in Wuhan, China.

Disease ecologist Peter Daszak, a member of the WHO team investigating the origins of the pandemic, said that the team is “trying to keep an open mind” about what sparked the early COVID-19 superspreader event at the Huanan Seafood Wholesale Market in Wuhan. In recent months, Chinese state media has pushed a theory that the coronavirus first emerged elsewhere and that it hitched a ride on frozen food sold at the market, Reuters reported. And China has also blamed frozen food imports for a spate of new infections, saying several packages have tested positive for the virus, The Wall Street Journal reported.

The seafood market outbreak was most likely tied to a live animal at the market, or an infected vendor or customer, but the WHO team hasn’t discounted frozen meat and seafood as another potential source of infection, Daszak said, according to NPR.

Although the WHO team is still considering this theoretical route of transmission, the FDA just threw cold water on that notion, reiterating that the risk of picking up SARS-CoV-2 from food or food packaging “is exceedingly low.” The coronavirus primarily spreads from person-to-person in droplets that spray from the mouth and nose, Live Science previously reported.

“It’s particularly important to note that COVID-19 is a respiratory illness that is spread from person to person, unlike foodborne or gastrointestinal viruses, such as norovirus and hepatitis A that often make people ill through contaminated food,” Dr. Janet Woodcock, the FDA’s Acting Commissioner of Food and Drugs, wrote in the statement.

The FDA, U.S. Department of Agriculture and Centers for Disease Control and Prevention based this assessment on research conducted by various countries throughout the pandemic, Woodcock wrote. She also noted that there’s an “international consensus” about the low risk of transmission from food and food packaging, and that no national or international surveillance systems have found a link between food products and COVID-19 transmission.

“Considering the more than 100 million cases of COVID-19, we have not seen epidemiological evidence of food or food packaging as the source of SARS-CoV-2 transmission to humans,” she wrote.

Chinese scientists did link frozen food to a COVID-19 outbreak at the Xinfadi Market in Beijing last summer, after finding the coronavirus on a frozen codfish and inside its packaging, NPR reported. However, finding the virus on food and packaging doesn’t provide direct evidence that humans can pick up enough virus from a contaminated product to actually contract COVID-19, Woodcock wrote.

In addition, the coronavirus cases linked to the Xinfadi Market occurred in warehouse workers and dockworkers who had handled enormous, international shipments of frozen meat and seafood, NPR reported. “China hasn’t had any reports of consumers, of even suspicion, of consumers being infected by this route,” microbiologist Emanuel Goldman of the Rutgers New Jersey Medical School told NPR.

—The 12 deadliest viruses on Earth

In the warehouse-size Xinfadi Market, frozen food arrives in massive pallets, which likely remain cold for longer than a single package of fish would at the grocery store, Goldman said. The persistent cold could theoretically help preserve the virus and somewhat raise the risk of transmission for warehouse workers, he said.

But even under these circumstances, the risk of transmission from frozen food would still be miniscule, Goldman said. “It’s so rare as to be of negligible importance in the real world to most people,” he said.

To become infected, a person would need to inhale a large number of live coronavirus particles; but the number of particles that would likely be picked up from contaminated food or packages would be very small, according to the FDA statement.

In any case, basic personal hygiene and food safety measures can cut any risk of SARS-CoV-2 transmission from food or packages, Live Science previously reported. This includes washing your hands before handling food and rinsing off fresh produce with water; you can also wash your hands after handling food packaging or takeout bags, to be extra safe.