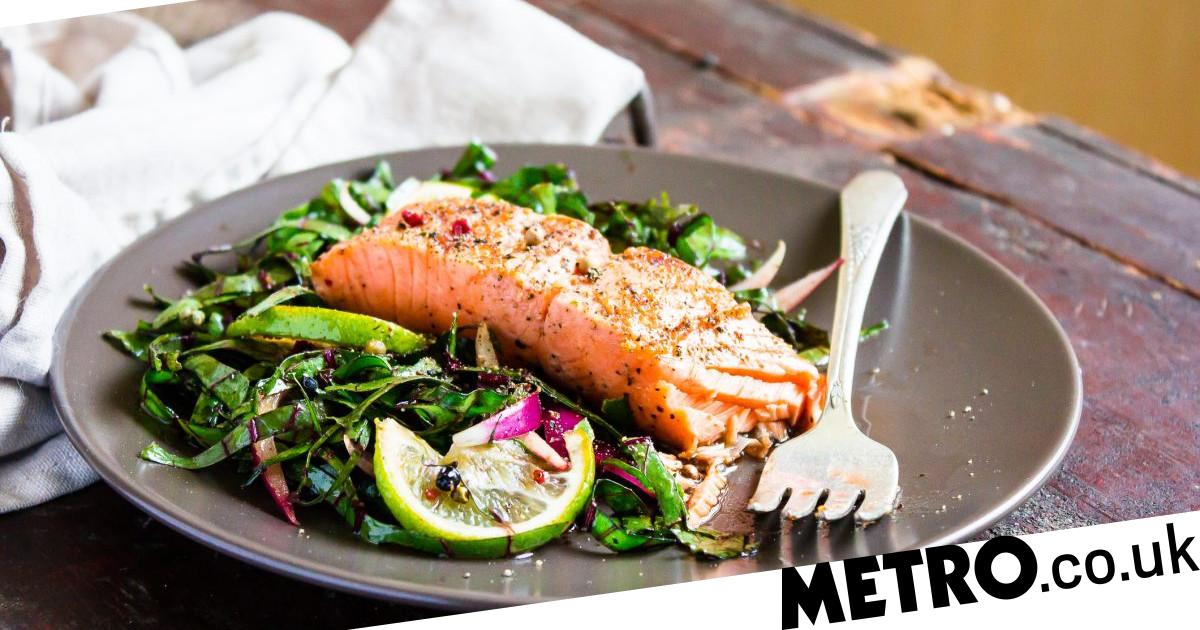 If you live in a city, you might want to load up your plate with salmon, sardines and mackerel.

Eating these types of oily fish could protect your brain from the damaging effects of air pollution, new research claims.

It’s thought that the omega-3 fats in oily fish can stave off cognitive decline caused by fumes from transport and industry.

Researchers gave 1,315 women with an average age of 70 – all of whom did not have dementia – questionnaires asking about diet, physical activity and medical history.

They also tracked the amount of fish each woman consumed, including broiled or baked fish, canned tuna, tuna salad, tuna casserole, and shellfish.

Fried fish was not included, because deep frying can damage omega-3 fatty acids.

Home addresses were used to work out their three-year average exposure to air pollution.

Participants then underwent MRI scans to measure white matter and the hippocampus – the part associated with memory.

Those with the most omega-3 fatty acids had more white matter than those with the least – 410 cubic centimetres (cm3) compared to 403 cm3.

Women with the highest levels of omega-3 fatty acids in the blood also had greater volumes of the hippocampus.

This was after taking into account other factors that could affect brain shrinkage including age, education and smoking.

It’s suggested that these results show eating oily fish could reduce the risk of developing dementia.

Lead author Dr Ka Kahe, of Columbia University in New York, said: ‘Fish are an excellent source of omega-3 fatty acids and easy to add to the diet.

‘Omega-3 fatty acids have been shown to fight inflammation and maintain brain structure in ageing brains.

“‘hey have also been found to reduce brain damage caused by neurotoxins like lead and mercury.

‘So we explored if omega-3 fatty acids have a protective effect against another neurotoxin – the fine particulate matter found in air pollution.”

Dr Kahe said: ‘Our findings suggest higher levels of omega-3 fatty acids in the blood from fish consumption may preserve brain volume as women age and possibly protect against the potential toxic effects of air pollution.’

The researchers are keen to note that the study only found a link between brain volume and eating fish, not a clear cause and effect relationship.

Don’t go too heavy on the fish just yet – more research is needed – but if you do fancy adding a portion of oily fish to your week’s shopping, that’s a good plan.

Previous research suggests that eating fish three times a week could cut your risk of bowel cancer, and a healthy diet rich in oily fish is associated with improved mental health.

Dr Kahe added: ‘It’s important to note our study only found an association between brain volume and eating fish.

‘It does not prove that eating fish preserves brain volume. And since separate studies have found some species of fish may contain environmental toxins, it’s important to talk to a doctor about what types of fish to eat before adding more fish to your diet.’