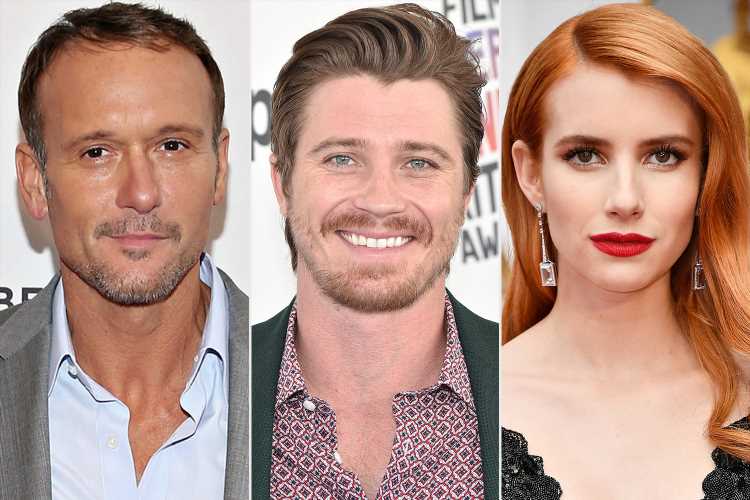 The United States vs. Billie Holiday actor, 36, explains on The Kelly Clarkson Show why he and Emma Roberts chose country star Tim McGraw as the godfather to their new son Rhodes Robert. Hedlund explains how he looks up to McGraw, whom he has worked with on movies like 2004's Friday Night Lights and 2010's Country Strong.

"He's somebody that I admire and respect, not only as an amazing father and an amazing husband, amazing musician and amazing actor…," he tells host Kelly Clarkson. "I've known him for a long time."

"We laugh about it because it's probably been over 17 years since we did Friday Night Lights together, we played father and son. So I got to first experience him as a father — in that film, somewhat more of an abusive one — but then we did Country Strong together, and we've remained such close friends and, you know, I've seen his children, his daughters, from the time they were 1, 3 and 5," he says.

Want to get the biggest stories from PEOPLE every weekday? Subscribe to our new podcast, PEOPLE Every Day, to get the essential celebrity, entertainment and human interest news stories Monday through Friday. Garrett Hedlund Has 'Totally Stepped It Up' for Emma Roberts Since Welcoming Their Son: Source

Roberts, 30, first announced her pregnancy in August when she posted three photos of herself with Hedlund in which she can be seen cradling her baby bump. "Me…and my two favorite guys," she captioned the post at the time.

A source previously told PEOPLE that Hedlund has "stepped it up" to support the new mom in the wake of their child's arrival.

"Having a newborn in the pandemic has been a lot harder than either of them expected, but they're really, really trying their best to figure things out," the source said. "Garrett totally stepped it up after Emma was still recovering after giving birth. He made sure that their house was stocked with things that Emma liked and needed so she felt comfortable. She's just starting to get back into a more 'normal' routine."