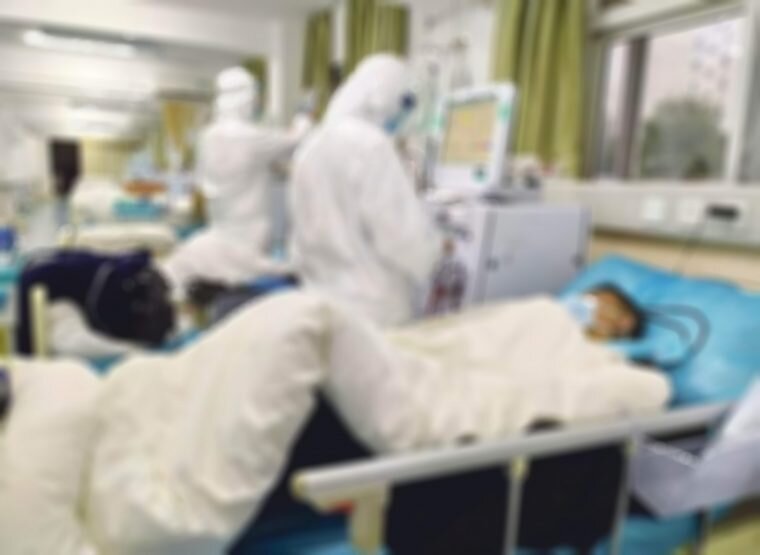 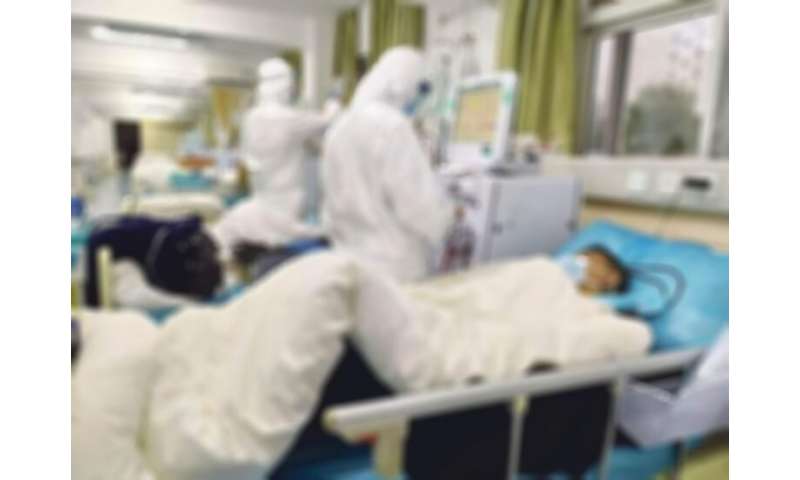 The built environment often shapes the spread of disease. Many early cases of COVID-19, the 2019 novel coronavirus, centered on a seafood market in Wuhan City, China. Airports, hospitals and other gathering points can easily become sites of virus transmission.

But as the medical community grapples with the COVID-19 outbreak—which has ballooned from a few dozen cases in December to more than 120,000 worldwide—a group of researchers led by Hongxi Yin at Washington University in St. Louis is exploring whether using portable furnaces to sterilize contaminated building exhaust might help to stem the contagion.

But the air from those treatment centers—which could house roughly 3,000 patients each—was simply vented outside.

This, Yin explained, is standard architectural practice, even in permanent medical facilities. “A typical home or office building operates with slightly positive air pressure, which means that we bring in just a bit more air than we exhaust.” This pressure serves to push air from inside the building to outside.

“Hospital operating rooms are different,” Yin continued. There, a slightly negative pressure allows exhaust to be collected, and vented outside, from one centralized location—thus preventing contaminations from leaking into the larger facility.

But in both cases, the vented air is not directly treated. Instead, it dilutes into the atmosphere “like a drop of ink into the ocean.”

Yin, a native of China, has a sister-in-law and brother-in-law in Wuhan and is familiar with the city’s medical and architectural communities. As COVID-19 began to spread, he wondered whether, in such a densely populated urban area, the shear concentration of virus in building exhaust might be playing some role.

“So many people have died, so quickly,” Yin said. “I think every Chinese scientist living in the United States is concerned, and would like to make some contribution. But there’s still so much that we don’t know.”

Yin and a handful of collaborators—including Tianyu Zhao, associate professor of radiation oncology in the Washington University School of Medicine—estimate that submitting exhaust to temperatures of 125 C (257 F) for three seconds before expelling it outside would deactivate 99.999% of COVID-19. 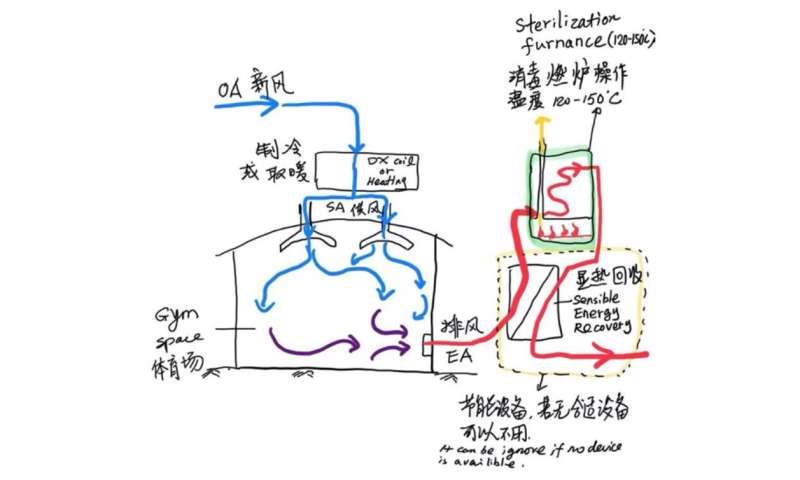 Those estimates are based on research into similar viruses, including: the SARS coronavirus, which arose in China in 2002; a highly contagious foot-and-mouth disease (FMD) virus; and certain forms of influenza, which can travel for kilometers once becoming airborne. Yin emphasized that researchers will need to conduct further study on the mechanisms of COVID-19 transmission, and its susceptibility to heat. But in the meantime, for design purposes, he suggests that FMD, which is significantly more heat resistant than SARS, could serve as an effective proxy.

Yin also noted that sterilizing exhaust would not require replacing existing HVAC systems. Instead, those systems could be adjusted to create negative air pressure and vent exhaust through a heat chamber.

And, he added, the necessary equipment—a natural gas boiler system, including a combustion furnace, a tube-and-shell air to air heat exchanger, and associated controls—”is all commercially available.”

Yin raised the idea of using heat to treat contaminated exhaust, and soon found himself peppered with questions.

Among the questioners were staff from China IPPR International Engineering Corp., a leading healthcare design firm that is helping to manage the construction and renovation of specialized hospitals around China.

Yin says that the initial response from other researchers has been positive, though reviewers have raised logistical issues. For instance, given the rapid pace of construction in Wuhan, supplying natural gas lines to fuel exhaust furnaces would have proven challenging.

Still, Yin is hopeful that his team’s work might ultimately influence the way such temporary treatment centers are designed in the future.

“High-temperature virus inactivation is an effective way to prevent viruses from spreading,” Yin said. “But more engineering designs and tests are needed. And so far, there is no literature on the change in the activity of COVID-19 at high temperatures.”