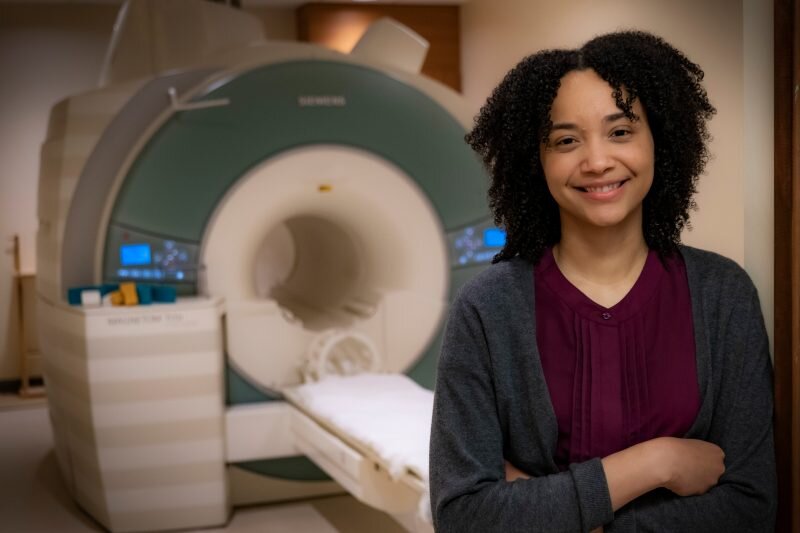 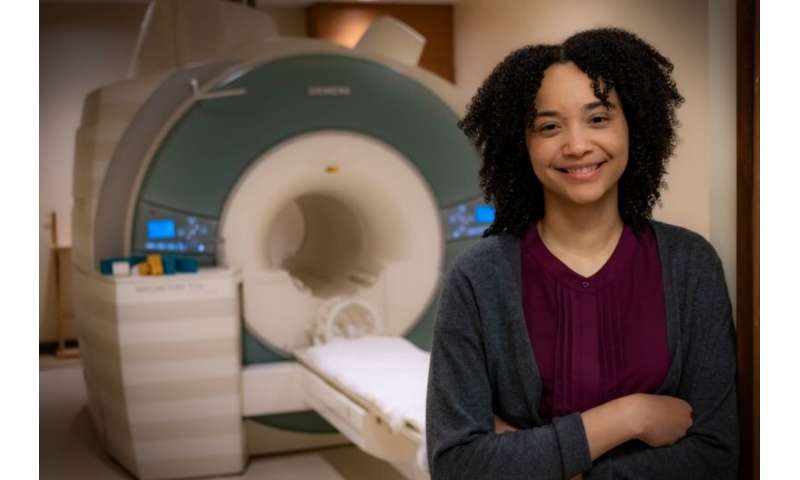 Depression can manifest itself in many different ways, one of which is cognitively. Impaired attention, memory, concentration, and decision-making are all signs that may be present in someone who is depressed.

Now, findings by a student at the Virginia Tech Carilion School of Medicine, along with her faculty mentor and other lab colleagues at the Fralin Biomedical Research Institute at VTC, suggest that there may be gender differences as to how depressed individuals behave on simple learning tasks that include a probability component.

Mercedes Robinson, Class of 2020, spent the past four years analyzing data obtained through a larger neuroscience study in the lab of her research mentor Pearl Chiu, associate professor at the Fralin Biomedical Research Institute who is also a faculty member in Virginia Tech’s Department of Psychology and in the Department of Psychiatry and Behavioral Medicine at the medical school.

“I’m interested in the social determinants of health and considering factors that we normally don’t think about being an important component in our health outcomes,” Robinson said. “Women are disproportionately affected by depression, so I wanted to know if, given this gender disparity, we would see differences between depressed men and women in the way they behave, particularly on a learning task.”

Chiu’s lab looks at the human neuroscience of motivation. One aspect of her research gathers data about depressed individuals as they perform decision-making tasks that include monetary rewards and punishments. Participants perform the exercise in an MRI scanner, which allows researchers to see what happens to blood flow and oxygen delivery in brain pathways that are associated with learning and processing rewards.

During the exercise, participants would receive monetary rewards for the decisions they made. Knowing that they will not be rewarded for their choices all of the time, participants must utilize feedback and adjust their behavior accordingly to get the highest monetary rewards and minimize their losses. The focus is on the learning process, not on how quickly the task is accomplished. Depressed individuals tend to struggle with this exercise because they often don’t have the same responses to positive and negative feedback as those who are not depressed.

Robinson’s research used computational methods to analyze data from Chiu’s large, multifaceted study. Her sample included 151 individuals, 98 of whom had been screened for depression. Specifically, she looked at individuals’ choices in the decision-making task and when they switched their choices after positive or negative feedback. From there, she used statistical analyses to determine the influence of gender on their behaviors. She credits co-mentor Vanessa Brown, a former doctoral student in the Chiu lab, with assisting in various aspects of her research. Brown is now a postdoctoral fellow at the Western Psychiatric Institute and Clinic of the University of Pittsburgh.

What Robinson and her colleagues found was that depressed men were more likely to make the optimal choice on the task when they got better rewards. Depressed women, however, were much more sensitive to punishments and were more likely to make less favorable decisions on the learning task. For nondepressed individuals, there was no behavioral difference between men and women.

“Our results provide insight into gender differences within depression-related alterations in decision-making,” Robinson said. “It provides perspective about how we approach the treatment of depression by showing that depression may impact men and women differently.”

Chiu said the results point to things that a clinical professional might want to target in therapy or treatment. For instance, with women, this might mean focusing on ways negative things may not be as bad as they perceive.

“Gender differences, in general, are understudied and even more so in depression,” Chiu said. “Mercedes’ work makes a very strong contribution to that area. In order to understand brain function, we need to first carefully characterize the behavior of participants. What Mercedes is doing is essential to understanding how men and women with depression may be differently motivated and the neuroscience of these gender differences.”

Depressed individuals in Chiu’s larger study were offered 12 weeks of cognitive behavioral therapy. About half of them accepted and returned to the lab for another round of the learning task activity. Robinson hopes to delve into more computational research with these new parameters before she graduates in May.

“Mercedes has been dedicated and self-directed,” Chiu said. “We’ve been wanting to study gender differences because it’s so important not only in depression but other psychiatric illnesses as well. Her research will be a real foundation for launching more work in that area.”

After presenting her findings at the Society of Biological Psychiatry in April in New York and graduating in May, Robinson hopes to move into neurology residency and toward an academic medicine career.