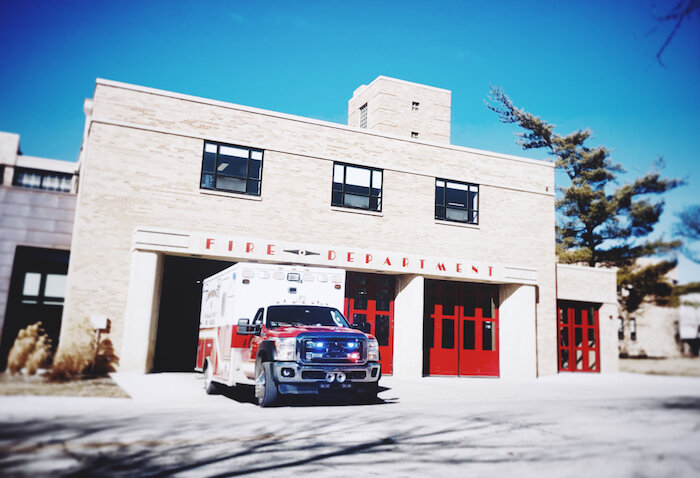 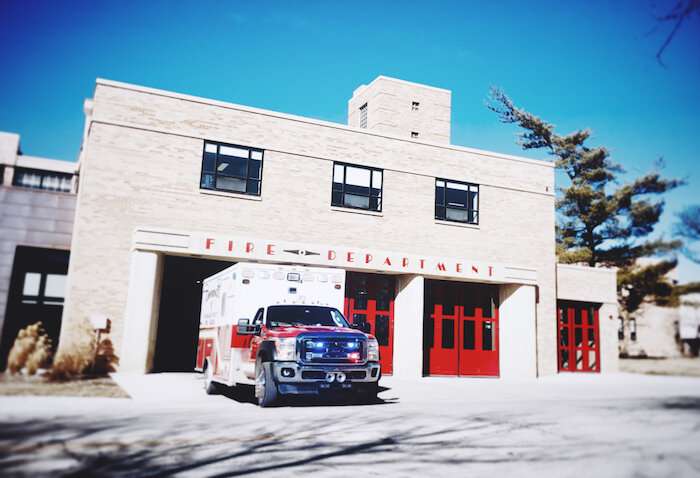 A team of investigators at the University of Kansas is collecting data and designing interventions to improve the quality of sleep for firefighters and paramedics in the Lawrence Douglas County Fire-Medical Department.

For these first responders, better sleep could improve their quality of life and boost their performance as they encounter life-and-death situations. The stressful work of responding to emergencies demands both physical stamina and quick decision making.

“Among the many responsibilities of their job, our EMTs and paramedics have to make drug calculations regardless of the time of day or night or situation, so sleep deprivation is a concern,” said Kevin Joles, division chief with LDCFM. “If somebody is sleep deprived and distracted when throwing a ladder against a house and they hit a power line, it could kill them or another firefighter.”

Recognizing the importance of sleep for job performance, the department conducted its own internal surveys led by firefighter paramedic Kathryn Beseth, who then contacted Nancy Hamilton, associate professor of social and behavioral sciences and psychology at KU. Seeing an opportunity to “answer the call” with community engaged scholarship, Hamilton agreed to perform data analysis, push forward the sleep research and design interventions to improve sleep for LDCFM personnel.

“Kathryn took it upon herself to investigate her co-workers’ sleep problems and distributed a highly regarded questionnaire to many of the frontline personnel to ask them about their sleep problems,” Hamilton said. “She made a contact with me in summer of last year and asked if I would be interested in helping interpret the data and think about where to go forward from there. I was very interested and that began a conversation.”

Because firefighters and paramedics have sleeping quarters at the workplace, they experience a sleep environment different from most people, with less control over light, noise and bedding—and with sleep often interrupted to rush to an emergency situation.

“We conducted a focus group between me and students in my lab, and Chief Joles and several frontline firefighters, about sleep problems they observed on the job among their co-workers,” Hamilton said. “We agreed on a two-phase project and started in November with an anonymous questionnaire that went out to the frontline personnel, where they reported on sleep problems related to sleep apnea, insomnia, nightmares and environmental disturbances at the firehouses. We collected and analyzed those data to provide some interventions for people with sleep apnea, telling them if they were at risk and where they could get treatment. We identified station-specific sleep problems and also identified people at risk for nightmare problems and insomnia problems.”

Data showed that around half of the respondents showed symptoms of sleep apnea and 30% had trouble staying awake at least once per week. Many reported environmental disturbances on the job, like sleeping areas that are too warm, as well as light and sound disturbances.

“Luckily, we no longer have communal bunk rooms,” Joles said. “But that doesn’t change the fact that firefighters may have interruptions to their sleep for numerous reasons. When a ladder truck goes out in the middle of the night—but the medic unit and rescue will stay in the firehouse—firefighters can hear responding firefighters preparing to leave, the sirens, garage doors closing, etc. Everyone hears the alarm—it’s startling to be woken up by emergency tones, but that happens throughout the night. LDCFM respond to about 13,000 calls in Lawrence and Douglas County on average every year.”

“In January, I provided feedback to Chief Joles and Chief (Shaun) Coffey and other administration at the department,” Hamilton said. “We talked about where and how they could intervene with some of the firefighters or address some of the environmental sleep disturbances.”

Joles said the department would use the findings to make some changes to existing firehouses and could use them to inform the design of future facilities.

“Once Nancy has delivered the data to all of our members, we plan to create a plan in order to make positive changes in our firehouses to aid in better rest for our members,” Joles said. “Our members live here a third of their lives. They eat, train and sleep in the stations. LDCFM is going to continue to look to improving sleep quality in the firehouses. Some changes might include room-darkening shades or something as simple as adding ambient sound machines to sleeping quarters. It takes time to get things fixed. If money was no object we would be able to fix this quickly, but unfortunately, the city budgeting process takes time.”

Hamilton’s team has applied for a grant from the Douglas County Community Foundation to push the project forward. She plans a small-sample, sleep-diary study using wrist-worn accelerometers to gather more precise data on sleep within the department. Eventually, Hamilton plans to publish scholarship about the research.

She and Joles said they hoped interventions for helping first responders get quality sleep in Lawrence and Douglas County could be exported to other departments across the country.