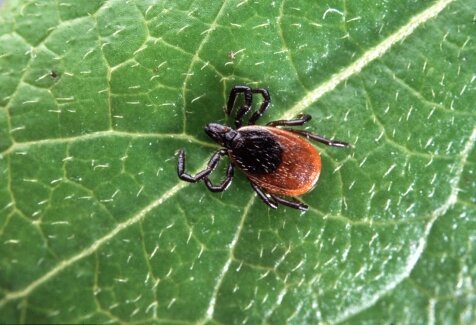 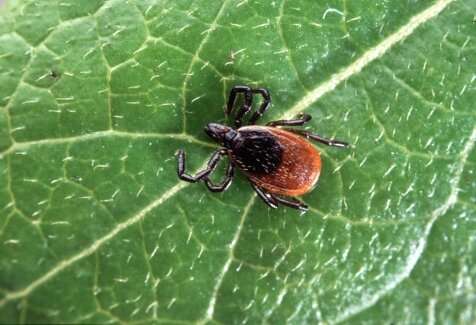 For decades, the routine treatment for Lyme disease has been standard antibiotics, which usually kill off the infection. But for up to 20% of people with the tick-borne illness, the antibiotics don’t work, and lingering symptoms of muscle pain, fatigue and cognitive impairment can continue for years—sometimes indefinitely.

A new Stanford Medicine study in lab dishes and mice provides evidence that the drug azlocillin completely kills off the disease-causing bacteria Borrelia burgdorferi at the onset of the illness. The study suggests it could also be effective for treating patients infected with drug-tolerant bacteria that may cause lingering symptoms.

“This compound is just amazing,” said Jayakumar Rajadas, Ph.D., assistant professor of medicine and director of the Biomaterials and Advanced Drug Delivery Laboratory at the Stanford School of Medicine. “It clears the infection without a lot of side effects. We are hoping to repurpose it as an oral treatment for Lyme disease.” Rajadas is the senior author of the study, which was published online March 2 in Scientific Reports. The lead author is research associate Venkata Raveendra Pothineni, Ph.D.

“We have been screening potential drugs for six years,” Pothineni said. “We’ve screened almost 8,000 chemical compounds. We have tested 50 molecules in the dish. The most effective and safest molecules were tested in animal models. Along the way, I’ve met many people suffering with this horrible, lingering disease. Our main goal is to find the best compound for treating patients and stop this disease.”

Frustrated by the lack of treatment options for Lyme disease patients with lingering symptoms, Rajadas and his team began hunting for a better alternative in 2011. In 2016, they published a study in Drug Design, Development and Therapy that listed 20 chemical compounds, from about 4,000, that were most effective at killing the infection in mice. All 20 had been approved by the Food and Drug Administration for various uses. One, for instance, is used to treat alcohol abuse disorder.

In this most recent study, azlocillin, one of the top-20 contenders, was shown to eclipse a total of 7,450 compounds because it is more effective in killing B. burgdorferi and causes fewer side effects. Lyme disease affects more than 300,000 people annually, according to the Centers for Disease Control and Prevention. It can affect various organs, including the brain, skin, heart, joints and nervous system, and cause heart problems and arthritis if untreated. Symptoms include fever, headaches, chills, and muscle and joint pain.

Traditional antibiotics, such as doxycycline, are effective as an early course of treatment for the infection in the majority of patients, but it remains unclear why these drugs fail to treat 10% to 20% of patients, Rajadas said.

“Some researchers think this may be due to drug-tolerant bacteria living in the body and continuing to cause disease,” said Rajadas, who is also a member of the Lyme Disease Working Group at Stanford. “Others believe it’s an immune disorder caused by bacteria during the first exposure, which causes a perpetual inflammation condition. Whatever the cause, the pain for patients is still very real.”

Azlocillin comes out on top

The drug, which is not on the market, was tested in mouse models of Lyme disease at seven-day, 14-day and 21-day intervals and found to eliminate the infection. For the first time, azlocillin was also shown to be effective in killing drug-tolerant forms of B. burgdorferi in lab dishes, indicating that it may work as a therapy for lingering symptoms of Lyme disease.

Pothineni and Rajadas have patented the compound for the treatment of Lyme disease and are working with a company to develop an oral form of the drug. Researchers plan to conduct a clinical trial.