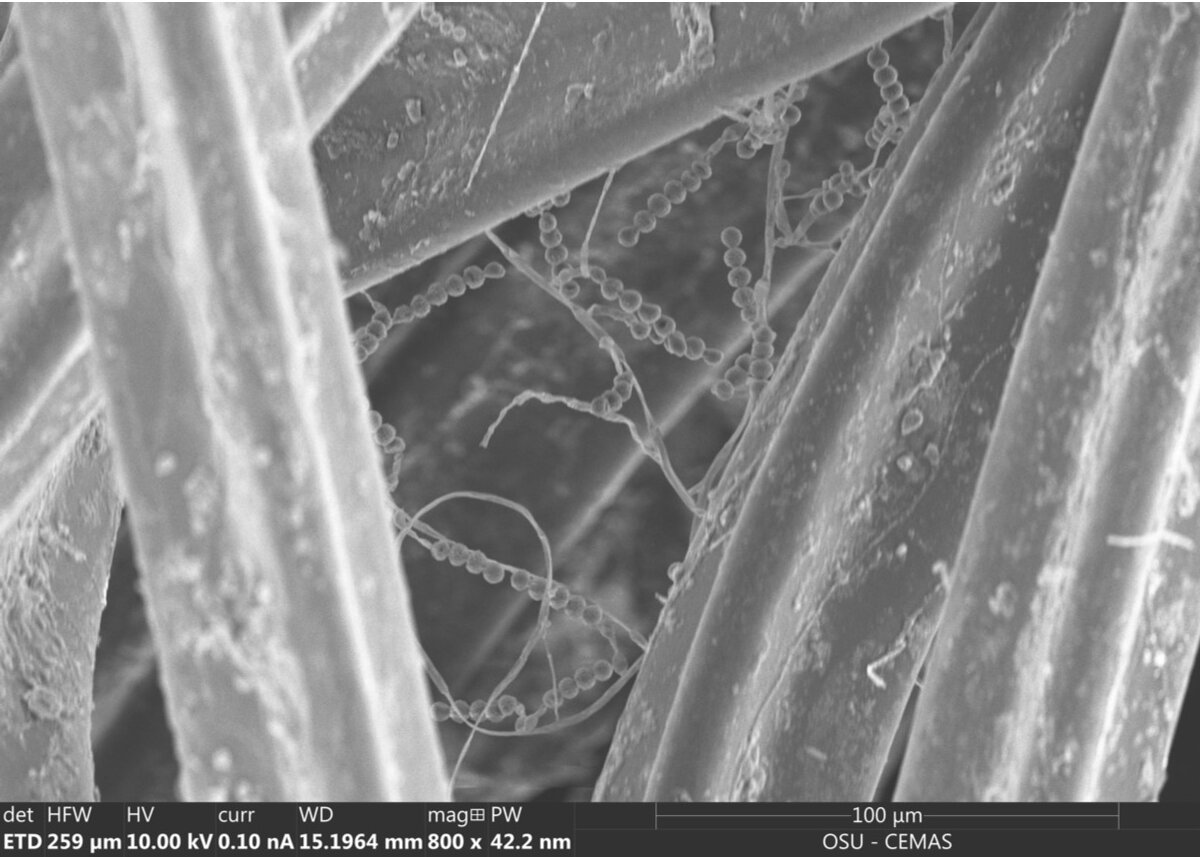 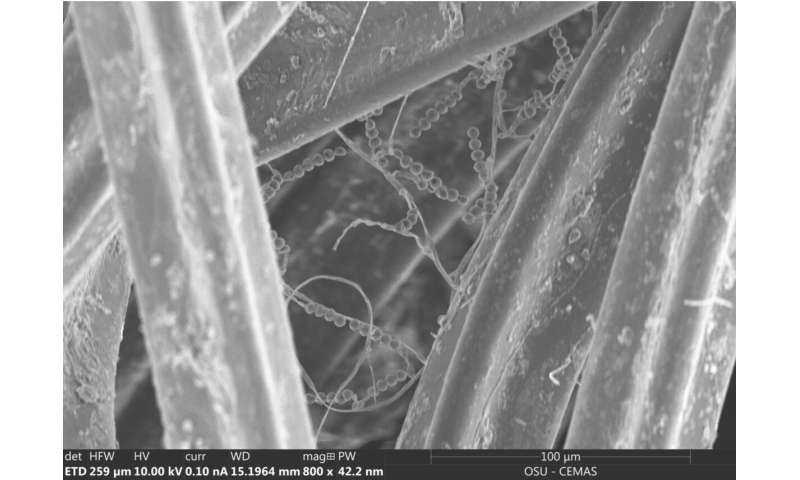 Carpets in places with elevated moisture levels—a bath mat in a bathroom, a shag carpet under a humidifier in a bedroom—are more likely to harbor mold than carpets in drier areas of homes, new research has found.

The study also indicates that dust and the material from which a carpet is made can contribute to mold growth. The dust and growth can then be resuspended into the air from human walking, contributing to exposure.

In a study recently published in the journal Building and Environment, a research team from The Ohio State University’s Indoor Environmental Quality Laboratory found that carpets with higher concentrations of dust were more likely to grow mold than those with lower concentrations.

The team also found that fungi burrowed into the fibers of rugs made from natural materials, such as wool. (The mold the researchers found is fungal growth.)

“In this this study we looked at olefin, nylon and wool—two synthetic fibers and one natural,” said Karen Dannemiller, senior author on the paper and an assistant professor of civil, environmental and geodetic engineering and environmental health sciences at Ohio State. “And we did see some indications that the fungi may be using the wool itself as a carbon source—the fungi actually tunneled into the wool fibers in a way they did not do with the synthetic fibers.”

Most carpet in the U.S. is made of synthetic fibers.

Dannemiller’s lab focuses on the indoor environments where so many of us spend most of our time—our homes, schools and offices. The team’s previous work has focused on chemicals in dust.

For this study, she said, the researchers hoped to understand what causes mold to grow in carpets—and to determine some protective measures people could take to reduce or eliminate that growth and, ultimately, their exposure.

“The most important factor was moisture,” she said.

The U.S. Environmental Protection Agency recommends that moisture levels in the air be kept between 30 and 50 percent humidity. Researchers have found that those levels will keep mold at bay, but that those levels can also be difficult to maintain in moisture-prone areas like bathrooms. Carpets and other porous surfaces can maintain elevated moisture levels long after the relative humidity in a room has gone down.

“For instance, if you had someone taking a shower in the morning, that relative humidity level would go up and then back down in the bathroom air, but in the carpet it can remain elevated for up to six hours,” Dannemiller said.

“It’s not surprising that moisture has a large effect, but what was surprising was the result that dust played such a large role,” Dannemiller said.

So what is a person to do?

“You probably aren’t vacuuming as often as you should,” Nastasi said. “At least once a week—and preferably every day—would be beneficial.”

(Nastasi said he removed the bathmat from his own bathroom after seeing these results.)

Maintaining humidity between 30 and 50 percent also matters, Dannemiller said. Humidity sensors can cost as little as $10, she said, and can help a person manage the humidity in their home.