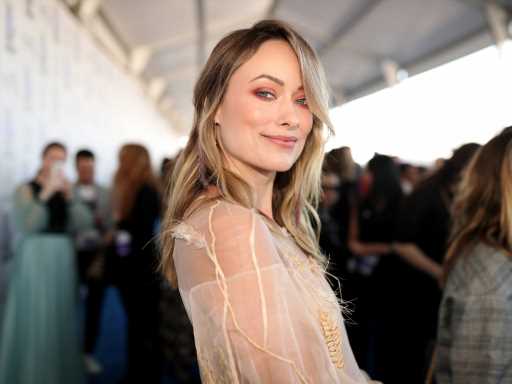 Olivia Wilde is speaking out about the accusations that she’s an absentee mom. The actor and director, whose upcoming film Don’t Worry Darling premieres in September, opened up about her disdain for the double standards women — especially moms — face when it comes to how often they spend time with their kids, and how she’s currently experiencing it, too.

Now, Wilde is opening up about how the public has unfavorably perceived her in light of their split. “The last two years, my family has gone through this kind of restructuring and a revolution that should be a totally personal experience,” Wilde says. “And it’s not. The most painful element of it has been women shaming me for making a decision that was for my own health and happiness.”

The mom of two clears the air, confirming to Variety that she has split custody — the children alternate week by week, to live in Los Angeles with Sudeikis and the United Kingdom with Wilde. Still, Wilde says the public perception of her is negative when she isn’t photographed or seen out with Otis and Daisy. “When people see me not with my kids, it’s always ‘How dare she,’” Wilde says. “I’ve never seen anyone say that about a guy. And if he is with his kid, he’s a fucking hero.”

Wilde is now taking the summer off to be with her children, so she could enjoy her kiddos while she has them. “It became clear to me that this year was a time for me to be a stay-at-home mom,” Wilde told Variety. “It was not the year for me to be on a set, which is totally all-encompassing. It was time for me to pause and devote myself to the kids when I have them.”

These celebrity moms talk about raising their kids on their own.