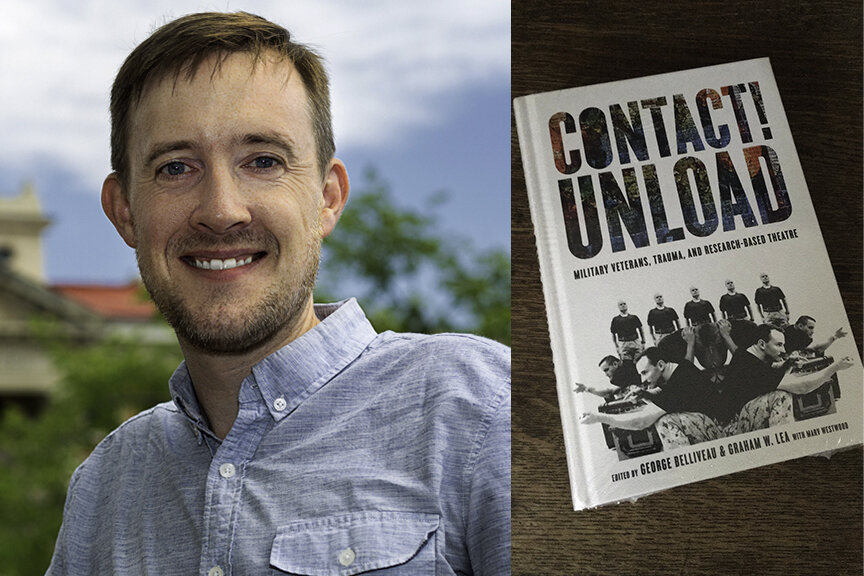 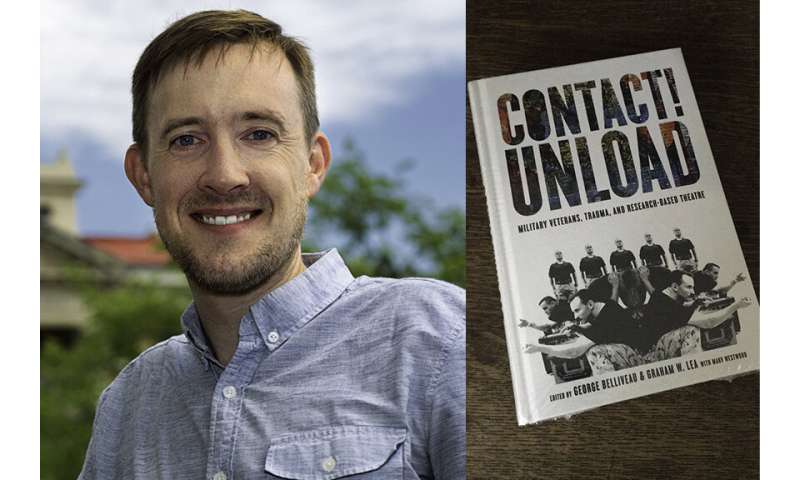 The book brings to light journeys of contemporary military veterans as they adjust to post-deployment civilian life.

“This book is a call to action to responsibly address the sometimes-difficult transition many soldiers face when returning to civilian life,” Lea says, adding that the book draws its content from the development, performance, and reception of a play of the same title.

In the stage version, military veterans recreate the challenges they face as they transition to civilian life from military service. As a part of a research-based project to build resilience, the play brings to life the personal stories of veterans returning home from deployment overseas

The play showcases an arts-based therapeutic approach to dealing with trauma. To bring Contact!Unload to life, researchers in theatre and group counselling collaborated with military veterans through a series of workshops to create and perform the play. Based on the lives of military veterans, it depicts ways of overcoming stress injuries encountered during service. This action-based artistic initiative, coupled with a therapeutic program, serves as a model for military veterans transitioning to civilian life.

This book, which includes the full script of the play, offers academic, artistic, personal, and theoretical perspectives from people directly involved in the performances of Contact!Unload as well as those who witnessed the work as audience members.

“Both the play and the book serve as a model for using arts-based approaches to mental health care, and as a powerful look into the experiences of military veterans,” said Lea, who co-edited the book with profs. George Belliveau and Marv Westwood.

Belliveau heads the Department of Language and Literacy Education and serves as professor of drama/theatre education at the University of British Columbia. And finally, as professor emeritus in the Department of Counselling Psychology at the University of British Columbia, Westwood is recognized internationally for the development of the Veteran’s Transition Program.