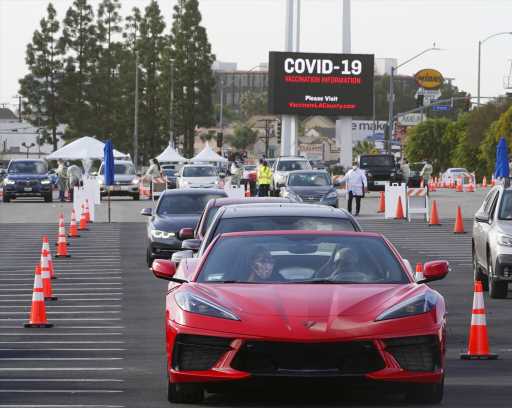 COVID-19 vaccination delays ‘could have been helped by Amazon’ if they intervened sooner: Dr. Siegel

Dr. Marc Siegel calls the company’s delay in getting involved until Biden became president a ‘disgrace’ that appears to be politically motivated.

A batch of 330,000 doses of the Moderna COVID-19 vaccine that caused allergic reactions in at least 10 people has been cleared for continued use after health officials say they found “no scientific basis to continue the pause.”

California’s Department of Public Health told providers to pause the distribution of the vaccine on Sunday evening, after some patients in San Diego reported after-effects of the vaccine including throat tightening and high blood pressure, indicative of a rare allergic reaction.

COVID-19 VACCINES WON’T BE ‘IN EVERY PHARMACY’ BY LATE FEB., CDC DIRECTOR PREDICTS

“These findings should continue to give Californians confidence that vaccines are safe and effective, and that the systems put in place to ensure vaccine safety are rigorous and science-based,” California State Epidemiologist Dr. Erica Pan said.

Health officials said Wednesday that providers that halted the vaccinations could “immediately resume.”

“These findings should continue to give Californians confidence that vaccines are safe and effective, and that the systems put in place to ensure vaccine safety are rigorous and science-based,” Pan said.

Doses from the lot originally on hold were dispersed among Tulare, Mariposa, Merced, and Kings counties. In Merced, 150 vaccines have already been administered, while 200 people in Kings County had already administered shots before the pause went into effect.

The release of the Moderna doses comes as California officials struggle to meet the challenge of vaccinating all those awaiting them, including millions of people 65 and older who recently were made eligible to receive the shot, after health care workers and people in nursing care homes.

At its peak, California receives about 400,000 to 500,000 doses a week but the rollout to administer the vaccine to patients has been slow and could take about four to five months for those 65 and older, Pan said during a state vaccine advisory committee meeting, according to the Sacramento Bee.

Large counties have been opening up more mass vaccination sites as they struggle with unprecedented demand. Officials are pinning hopes on President Biden’s promise to ramp up vaccination resources to get as many people vaccinated as soon as possible.

With the all-clear for Moderna’s vaccine, San Francisco will be able to use 8,000 doses it had put on hold and no longer expects to run out of vaccine on Thursday as previously feared, the San Francisco Chronicle reported. Health officials had received fewer than 2,000 additional doses this week for city hospitals and community clinics.

The Associated Press contributed to this report.