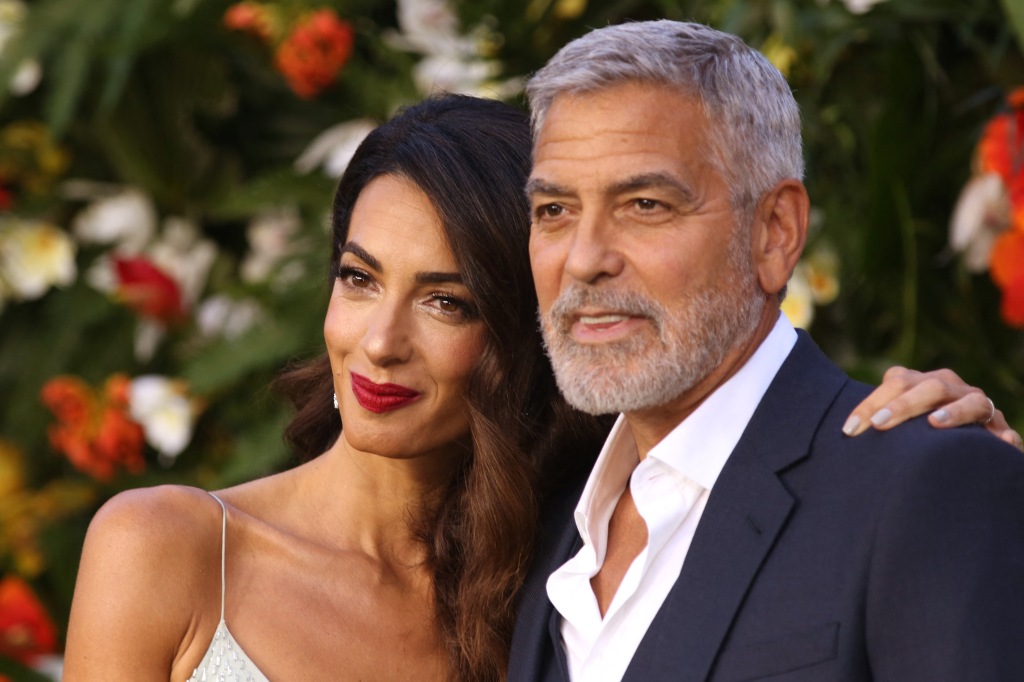 There are plenty of benefits to being an older parent, and for George Clooney, the fact that he will be much older when his daughters start dating is one of them.

The Ticket to Paradise star sat down with Hoda Kotb onTODAY and discovered that he and Kotb have somewhat different viewpoints on this whole older parent thing. “I’ve got a 5- and a 3-year-old,” Kotb said of her daughters, Haley, 5, and Hope, 3. “I get scared sometimes, if I’m being totally honest, about being my age.” The TODAY host wants to be around for all of the milestones, from the first loose tooth to first heartbreaks with her daughters. When Kotb asked if Clooney felt the same, he let out a deadpan, one-syllable response: “No.”

Clooney, ever the optimist, thinks that being an older parent when his two kids, twins Alexander and Ella, enter the world of dating will only do him a world of good — especially Ella. “I kind of like the idea of being sort of out of it when, my daughter starts to date.”

“Papa, I want you to meet … he’s a drummer in a band,” Clooney said, pretending to be his daughter as Kotb and Julia Roberts, who was also there to promote Tickets to Paradise, broke into hysterical laughter. And how couldn’t they, when there is so much to love about Clooney?

“The truth is, no matter how old we are — George being the oldest of us — (the kids) have chosen us in this moment to be their stewards and their shepherds in this life experience. I met Danny (Moder) when I was ready. You met Amal when you were ready. It’s like we call these children into our lives when we’re ready to best partner with them,” Roberts sagely explained.

And it’s true. Some people thrive at being parents at a young age, and others like John Stamos have also echoed Clooney’s sentiment (also on TODAY, nonetheless!), saying that being an older dad was the right move for him.

“I’m very grateful to the gods or to the universe or whatever that I’m an older father. I couldn’t have handled it earlier,” Stamos said back in August.

“I’ve wanted kids my whole life. I figured, ‘I can’t wait to be a father, I’ve been a TV father,’ but it’s a whole different ballgame,” he said. “It’s the greatest blessing of my life. I couldn’t imagine my life without him, but it is challenging to do it right.”

Whatever the reason, deciding to have kids later — even if it is simply to not get so worked up about your daughter wanting to date a drummer — is a personal one. And it seems like it has worked out for George and Amal.

These celebrity parents are on double duty!