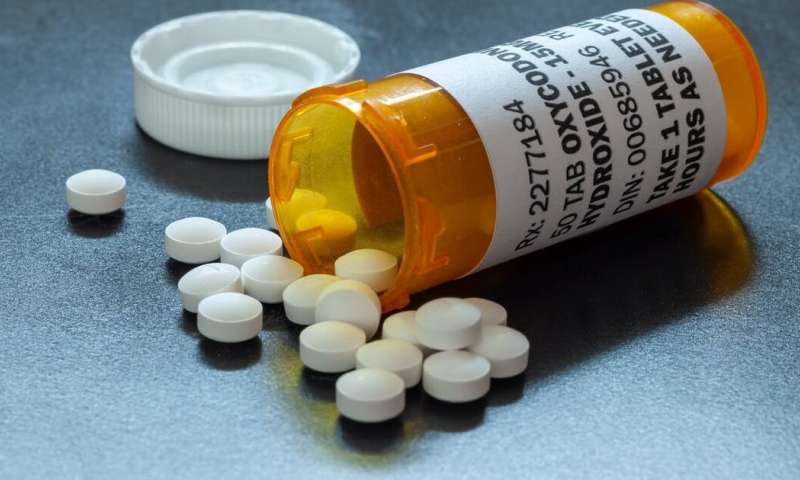 Painkillers such as morphine have transformed the way pain can be controlled—but there are drawbacks, not least the risk of overdose or becoming dependent. The havoc and misery caused by over-prescribing these drugs in the US has seen hundreds of thousands of people die prematurely.

Chronic pain can be caused by a range of conditions, including diabetes, back problems and fibromyalgia. In England alone, 5.6 million people were given a prescription for an opiate-based medicine in 2018. And at least 25% of these people are thought to have been using the drugs for three months or more. This three-month cut-off is significant as it is the point at which the risk of dependence on these drugs develops.

The growing number of patients prescribed these drugs and the duration of the prescription was revealed in a recent report by Public Health England. This triggered a review by the National Institute for Health and Care Excellence (Nice) examining the effectiveness of this class of pain medicines. Nice has just published its guidance for treating chronic pain.

Contrary to what many believe, these drugs were found not to be effective at managing anything more than short-term pain—three months or less. Nice suggests alternatives, including exercise, talking therapy or acupuncture. This is a radical move by Nice and will surprise many patients and doctors.

Doctors know how challenging it can be to wean patients off opioids, especially when patients have been taking them for decades. Patients who for whatever reason have missed a dose of their pain medication will also know how uncomfortable it can make them feel. Withdrawal symptoms can feel like extreme flu, shivering, raised temperature, aching, vomiting and irritability.

Opioids are known to cause physical and psychological dependence, so withdrawal can be a psychological as well as a physical challenge. It is not surprising then that patients will want to avoid experiencing this double discomfort.

Some doctors will view the managed withdrawal process as a job for a specialist, even if just to start the process, which they can then supervise once established. For some, this will be a process that will take years as they are gradually weaned off their prescribed drug, sometimes just a few milligrams a month. Although a carefully managed professional withdrawal program won’t be life threatening, it is not without risk.

Beyond the withdrawal symptoms already mentioned, which could be brought on if the reduction of opioids is too rapid, there are more severe risks to patients. Many will have built up a tolerance to these drugs which will fall as their managed reduction takes place. This makes any relapse during this time potentially fatal. The patient may return to the dose they started on and risk a fatal overdose. This phenomenon has been witnessed in previously heroin-dependent prisoners when released from prison.

But, of course, it’s not just prisoners who are at risk. Some patients whose opioid prescriptions will be reduced will find ways to maintain their usual dose. Doctor shopping is one way patients shop around for extra medication over and above the medication prescribed by their primary doctor. This can be a difficult situation for doctors to recognize. Even if they drug-test their patients—and many won’t—most tests merely show the presence or absence of a substance, not the quantity consumed.

These risks add to the case for ensuring doctors and patients receive professional and experienced support during this process. Unfortunately, this will be extremely difficult to find as the one group of professionals that they would naturally turn to have been made almost extinct: addiction psychiatrists.

Since specialist addiction was effectively contracted out to the third sector in the UK, there have been significant cuts to this area of healthcare. With addiction psychiatrists being the most expensive personnel involved, it isn’t surprising that this group has rapidly shrunk to ensure the survival of services.